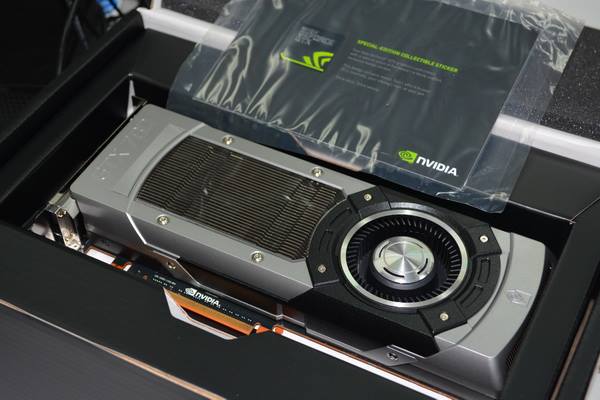 The final specifications have emerged. According to Fudzilla, and multiple other sources, we can finally see what’s coming from NVIDIA on May 23rd.

The GeForce GTX 780 will equipped with GK110-300 GPU with 2304 CUDA cores. With a base clock at 863 MHz and boost clock at 902 MHz (with GPU Boost 2.0 support) it will be clocked higher than TITAN. There’s 3GB GDDR5 memory on board across 384-bit interface. According to the information from Fudzilla, it has the same TDP as TITAN — 250W. The power will be drawn through 6+8-pin power connectors. Card is equipped with two DVIs, HDMI and DisplayPort outputs. Furthermore it will support SLI, PhysX, CUDA, Surround, 3D Vision and DirectX 11.1 (not 12.0).

What we are not sure yet, are the launch price and the exact GPU configuration (number of ROPs).

According to HardOCP’s Editor-in-Chief the custom models will be available shortly after the official launch.

Sky15: SO will we see non reference VC on release or no?
Kyle_Bennett: Not at release but VERY close behind. Ref cards will be very short lived this cycle.

The site also shares some insight on the performance. The GeForce GTX 780 will be 25 to 50% faster than Radeon HD 7970 GHz Edition. That’s according to the official slides, which usually include only selected titles.

According to an Nvidia-made performance slide that we had a chance to see, which pits the new card to AMD’s Radeon HD 7970 GHz Edition, the GTX 780 should end up anywhere between 25 and 50 percent faster than the HD 7970 GHz Edition, with exception of the Tomb Raider where it is faster by around 20 percent. 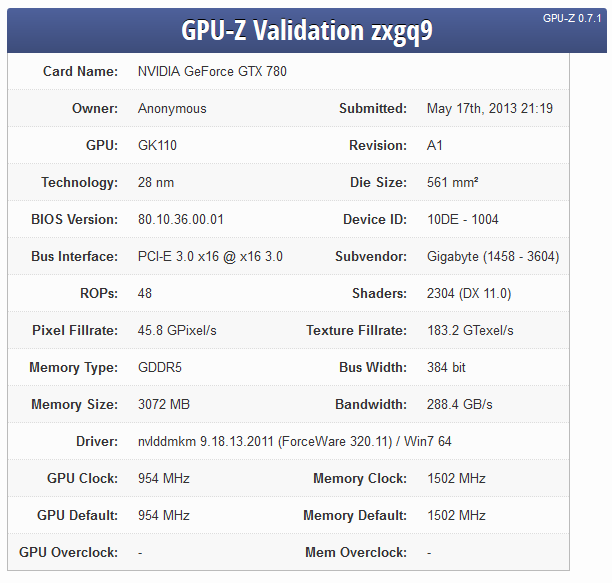 Many thanks to Josh for a tip!
Source: Fudzilla, HardwareZone