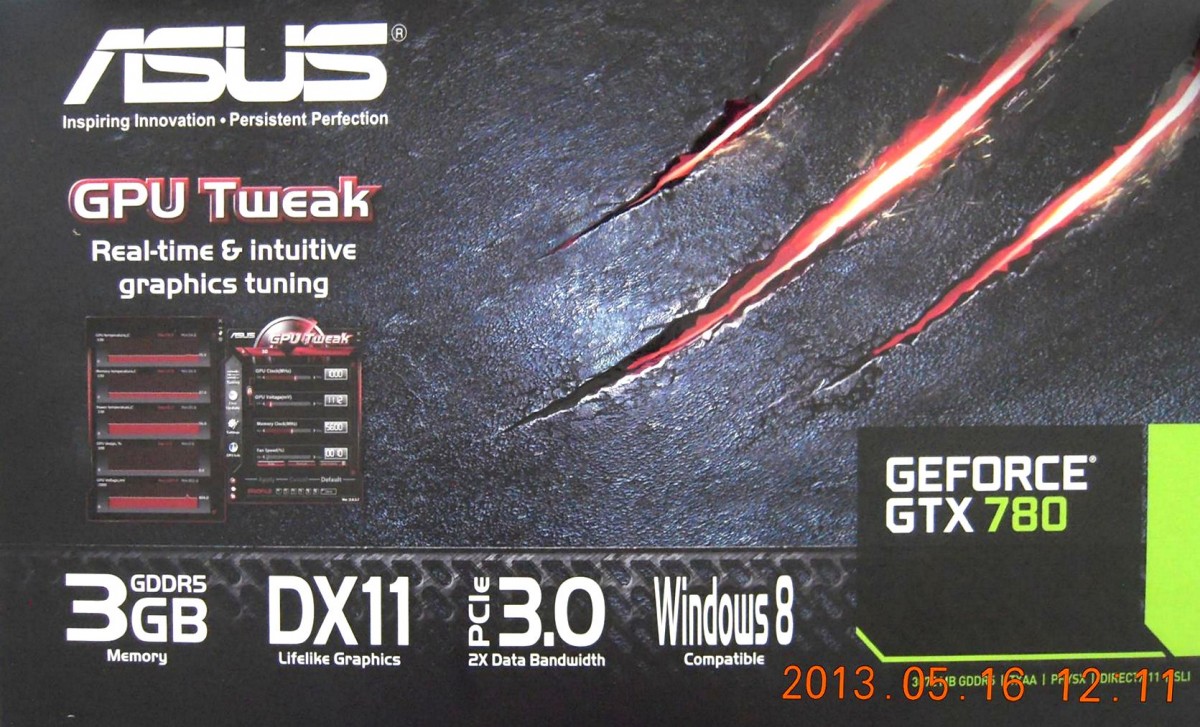 Just as Inno3D, also ASUS equipped its GeForce GTX 780 with 3GB memory. This specific model is most likely reference-based, so expect no overclocked configuration from it.

GeForce GTX 780 is equipped with GK110-300 GPU, which has 2304 CUDA cores. The reference design features a cooler from GTX TITAN. According to Fudzilla, you should not expect custom cards no sooner than few weeks after the launch. These cards, with higher clocks and aftermarket coolers will arrive for a higher price (~€600), while the reference may actually cost €500.