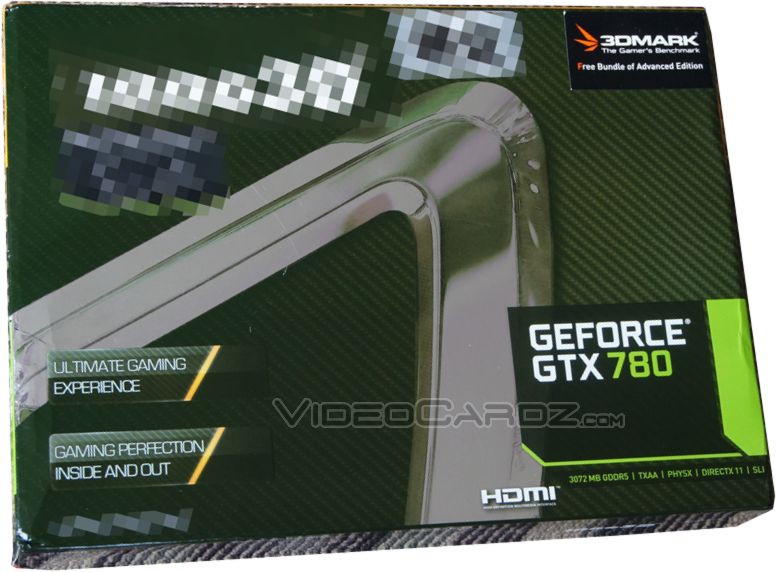 This is the box of the upcoming GeForce GTX 780 from Inno3D.

Starting with the specifications. On the contrary to common believe the GTX 780 will not have 2496 CUDA cores, in fact there is a whole Graphics Processor Cluster disabled (according to the diagram from PCONLINE). What is means is that GTX 780 would have 2304 processors. The full GK110 GPU has 15 Streaming Multiprocessors, while the GK110-400 on the TITAN has 14, thus the GTX 780 will have 12. According to PHK from Expreview, the card will still have 48 ROPs, even though there would be a whole cluster disabled (this has to be verified). The number of texture units however, will now drop to 192.

As you can see, the card will feature 3GB GDDR5 memory. The card is supposedly equipped with 384-bit interface. What PHK also says that the reference card will be clocked at 863 MHz (I suppose this is a base clock), while the memory would run at 6008 MHz.

The box itself reveals the most basic information about the card. It will support TXAA, PhysX, DirectX 11 and SLI. This particular model will come with a HDMI output. If you decide to buy it, you will get a free coupon for 3DMark11 Advanced Edition.

PHK added a new comment regarding the GTX 780 pricing:

We are pretty sure there will be custom models of both GTX 780 and GTX 770. The GeForce GTX 770 cards with an aftermarket coolers will be clocked very higher, which is not surprising since the reference clocks (as found in the leaked BIOS) are already fast. Furthermore, the GTX 770 will have 5+2 phase power design, which is important, since it will have 6+8pin power connectors, and therefore more overclocking headroom.

PCOnline tried to combine all the information and make a performance prediction. According to the site the GTX 780 could be 25% faster than GTX 680, but once again, this is just a prediction, and it was posted few days ago. 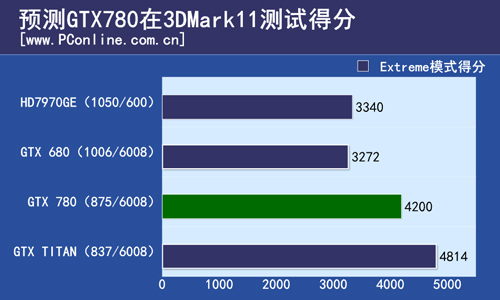 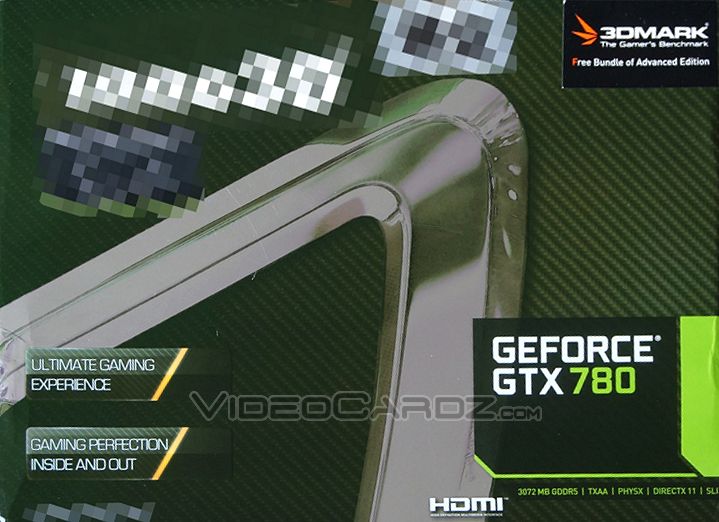