Two days ago first 3DMark results of the GeForce GTX 780M were posted on Chinese website. Today we learn more about the mobile GTX 780M, since more benchmarks were leaked and specifications were confirmed.

Bear in mind, that the review was already removed, so my knowledge is based on the charts below.

The GeForce GTX 780M is a successor to the GeForce GTX 680M, that’s why most of the leaked benchmarks compare these two graphics cards. The tests were performed with the MSI GT700 gaming notebook, which is equipped with Intel i7 Haswell processor, a raid of three SSD’s (not sure I’ve ever seen a notebook with three drives in RAID 0) and 16GB of DDR3 memory.

As for the GeForce GTX 780M itself, it is now confirmed that the card comes with 4GB of memory. Also the rumor about the GK104 GPU seems to find its verification, card is featuring 1536 CUDA cores and 32 ROPs, just like a desktop version.

According to the chart, the GTX 780M supports GPU Boost 2.0, you heard that right, it has the same GPU Boost as the TITAN. What does it means then? It means that this particular GK104 processor is controlled by an intelligent, temperature driven, dynamic clock adjustment. Long story short, it shouldn’t be a problem to add this feature for desktop GeForce 700 series. Actually, if the mobile version has it, then desktop should have it as well. The GPU is clocked at 771 MHz (797 MHz boost). The memory clock was set to 1250 MHz  (5GHz effective), with a bandwidth of 160 GB/s. 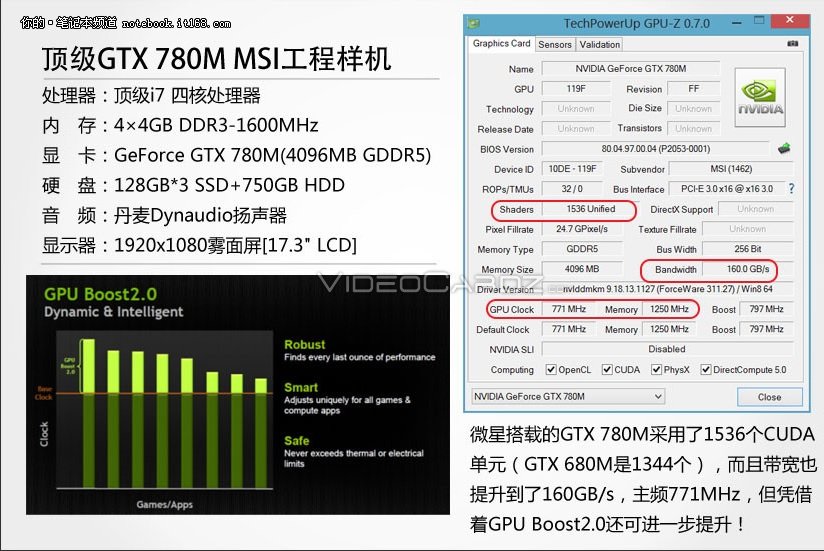 Before we take a look at the games, there are also new synthetic benchmarks results. The GTX 780M scores 7644 in 3DMark11 (in my previous post you’ve seen 7593 score). This was taken with a performance preset. This is exactly 30% better performance than GTX 680M. The 3DMark Vantage entry preset score of 87780 gives even further lead in the test (42% better score).

The results show that the GeForce GTX 780M is 31% faster than its predecessor. How does this correspond to Radeon HD 7970M/8970M performance? We have to be little patient to learn that.
The fact that the review was removed may suggest that NVIDIA is preparing both desktop and mobile GeForce 700 series for the upcoming announcement, starting with GTX 780 on May 23rd.

Here are the charts: 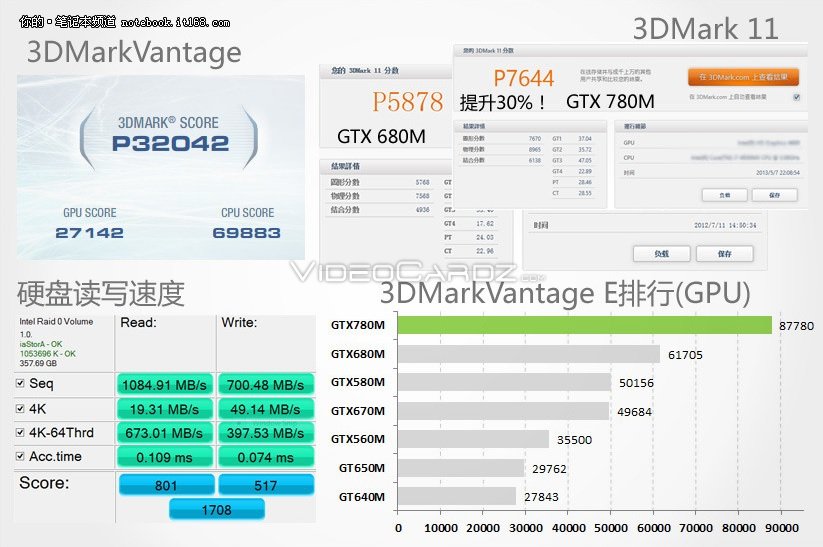 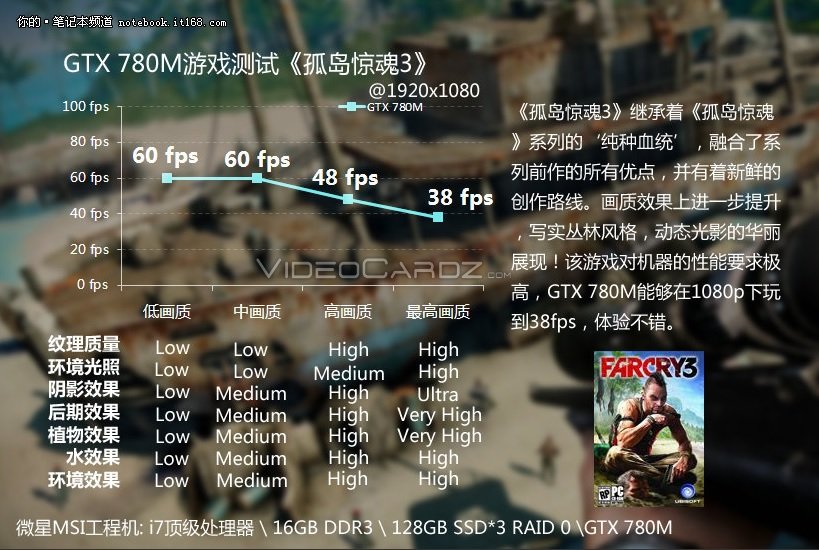 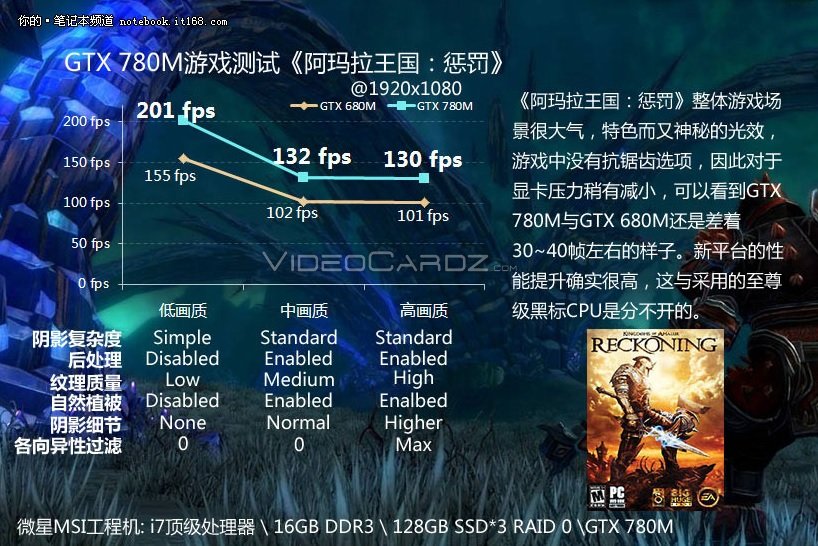 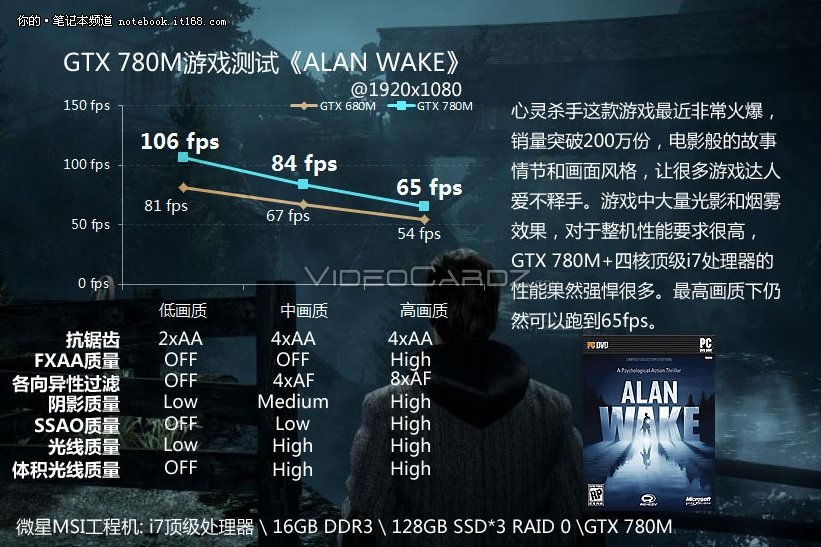 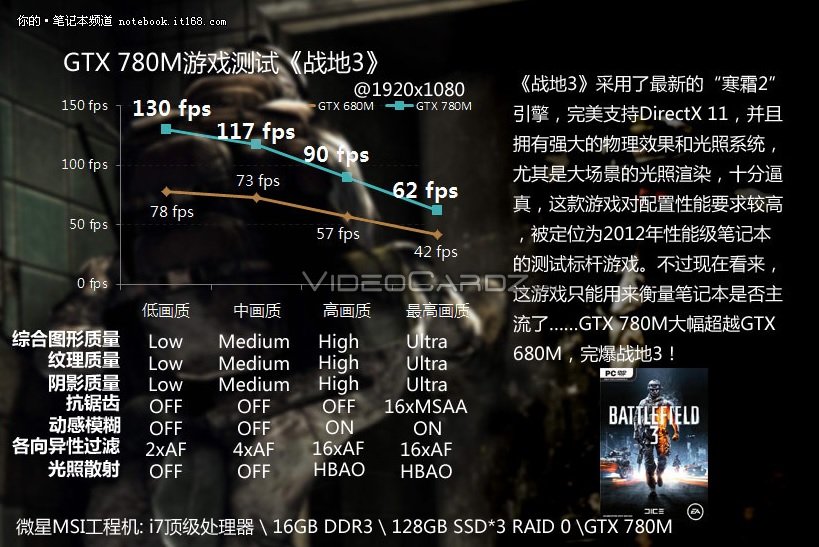 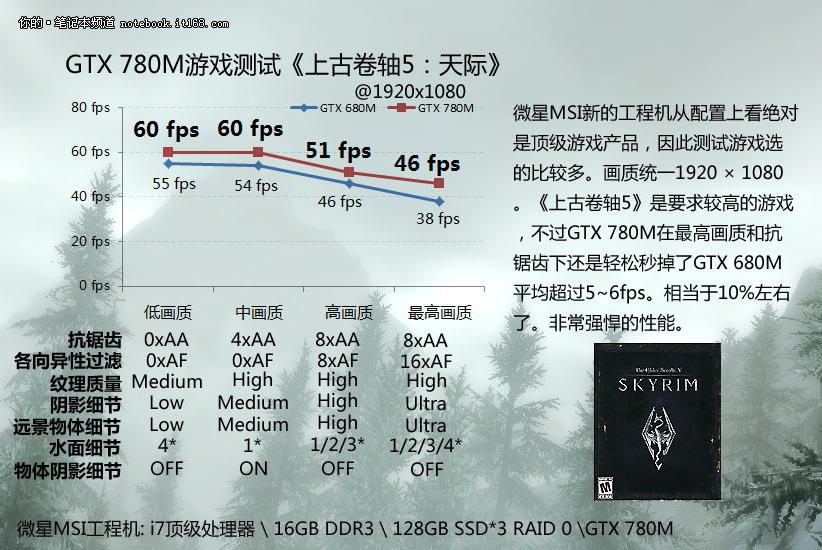