Following the report by Fudzilla, that NVIDIA is assuring its partners that they will have new graphics cards to show by June, 3DCenter goes a step further  with more detailed information about a possible launch dates of the new GeForce 700 series.

GeForce 700 series coming in May?

According to the German site the GeForce GTX 770 would be launched in mid May, with the GTX 780 coming one or two weeks later. Of course there’s also a GTX 760 Ti, which will probably be revealed at Computex in June. The same site claims that the specifications posted by BSN are way too optimistic. The biggest concern is the memory size on GTX 780. Not many people believe it could have as much as 5GB, but we all saw the picture of so called TITAN LE, clearly featuring less memory than original TITAN.

Something big coming in June

My Asian source however, suggests that we should see more cards in June, rather than May. That’s because NVIDIA is already sending special invitations for Computex (still wondering why I didn’t get any). They are clearly going to announce new graphics cards there. Although it’s highly doubtful that they would send the invitation only to introduce  the GTX 760 Ti. With so much fuss around this launch, I would assume that they are going to show the GeForce GTX 780 itself, or even the whole new series.

As for the new GPUs, Charlie from SemiAccurate claims that NVIDIA will now focus on rebrands of their current processors, while dropping the plans to introduce more GK11x units. Technically this means that the BrightSideofNews rumors are true. The GTX 770 will now receive the old GK104 silicon, while the GeForce GTX 780 will get the GK110, only with less CUDAs.

As a side note, Computex takes place in June (4th to 8th) in Taiwan. Here’s the comparison of AMD’s and NVIDIA’s booths. Is this enough space to introduce the new series? 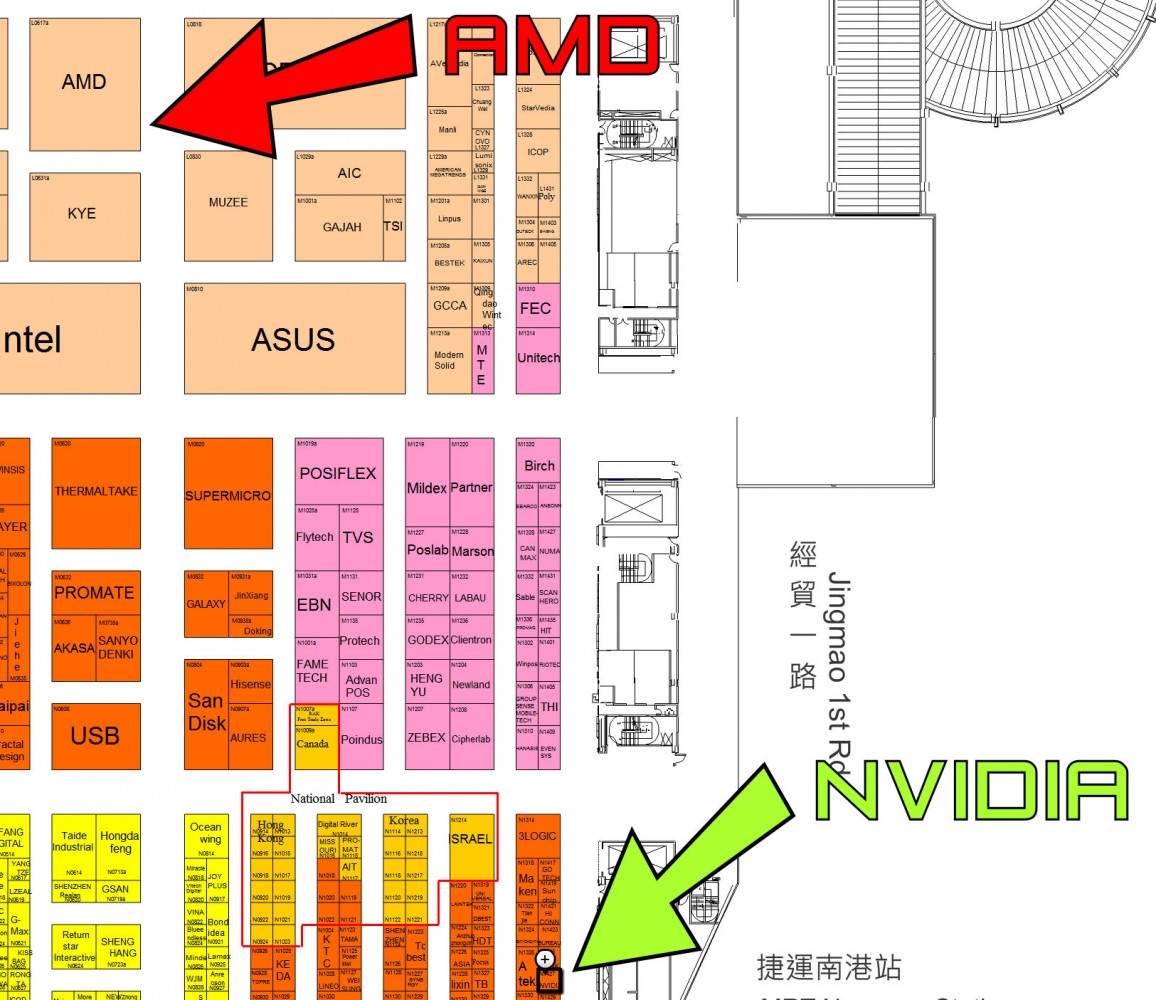