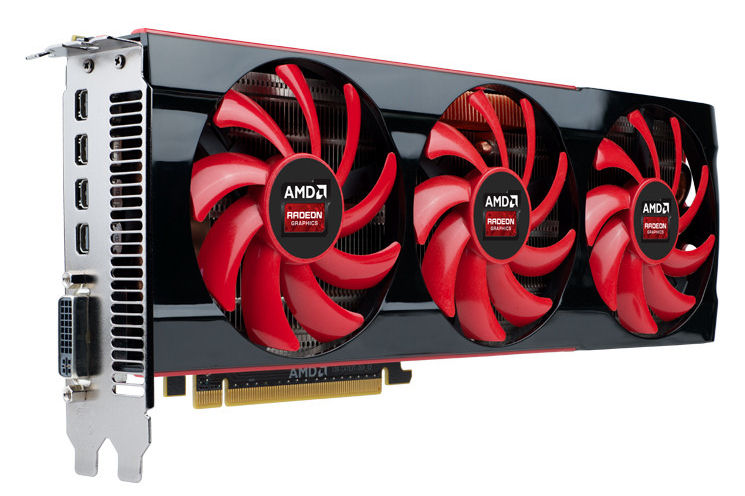 Today AMD officially launches its reference model of the Radeon HD 7990. The dual-GPU part is considered to be the last addition to Radeon HD 7000 series.

The card is packed with two Tahiti XT GPUs, just like all custom models (listed below). The processor is clocked at 1GHz in boost mode, while the memory has an effective speed of 6Gbps. Two GPUs combined on the PCB give 4096 Stream Processors in total. Along with them there are 256 texture and 64 rastering units. One of the biggest advantage of this card is the memory — 6GB GDDR5, which features a very high bandwidth of 576 GB/s thanks to the 768-bit wide interface. The transistors count doubled in comparison to HD 7970 GHz Edition, which resulted in a fast computing performance, estimated at 8.2 TFLOPs.

The Radeon HD 7990 is equipped with triple-fan cooling solution, which has its pros and cons (you can check the noise level here). Probably the biggest difference between the reference and the custom models is the fact that the new design requires only two 8-pin power connectors (with a maximum power consumption of 375W). The cooler itself is made of two large heat sinks combined with four copper-plated heat pipes. The backplate mounted right on the other side of the PCB is also a nice addition. The card is equipped with four mini-DisplayPorts and one DVI output. It supports 2-way CrossFire configuration (that would be CrossFire-X) and AMD Eyefinity.

The HD 7990 “Malta” has the same price as GeForce GTX TITAN and GeForce GTX 690. The choice between these cards will probably depend on the games you play. For more details about the performance please wait for the reviews. 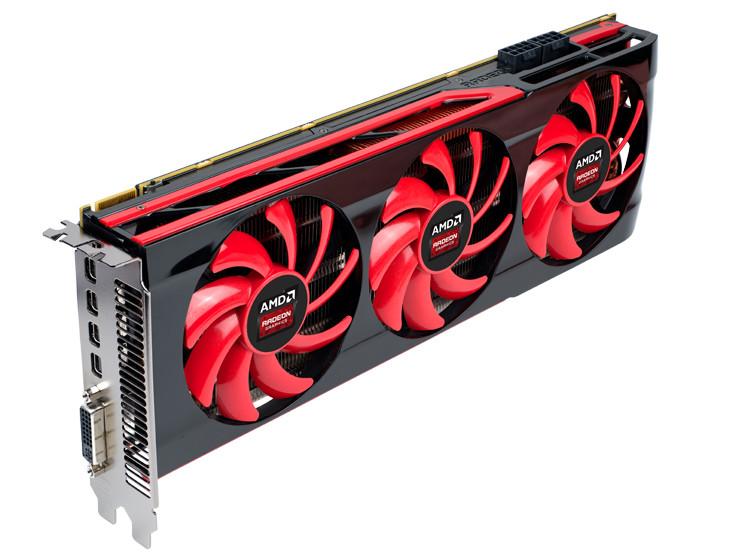 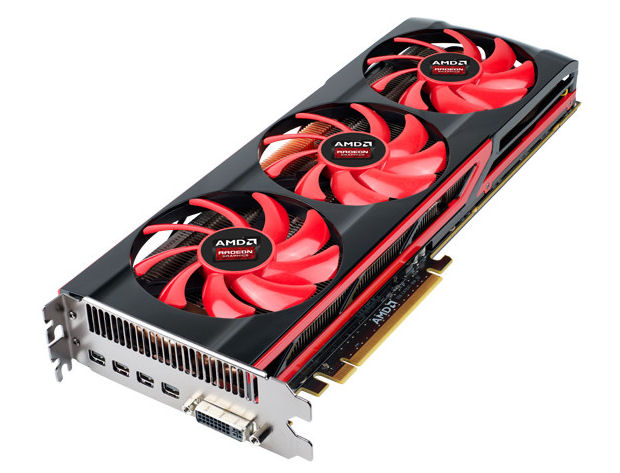 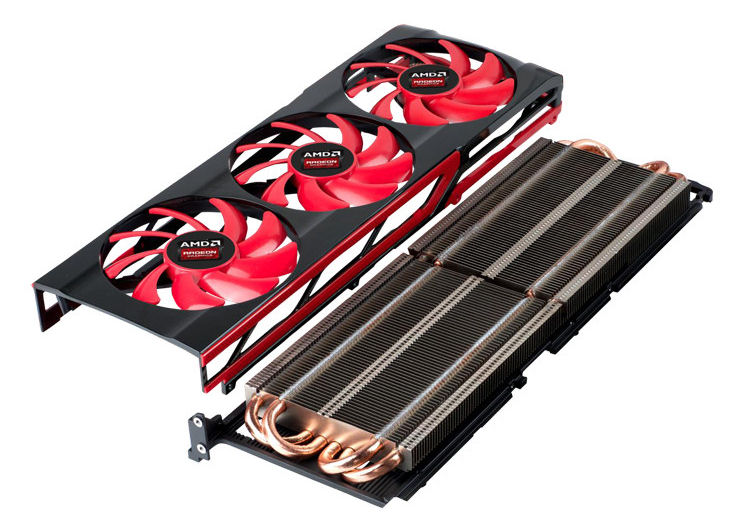