AMD’s new dual-gpu graphics card is right around the corner. Some sites thought it would be great to share more details about the  specifications and performance ahead of the launch.

The pictures released by Hermitage Akihabara are in fact the official slides made for HD 7990 launch. It appears that the Radeon HD 7990 doesn’t support boost clock, as indicated by the specifications on the slide. However the picture refers to HD 7970 GHz Edition’s Engine Clock of 1050 MHz, which is fact a boost clock, so the ‘Engine Clock’ for HD 7990 may actually be a boost respectively. The Radeon HD 7990 is build with two Tahiti GPUs with 8.6 billion transistors in total. The card is clocked lower than the flagship HD 7970 GHz Edition by 50 MHz. In comparison to the HD 7970 the computing power almost doubled to 8.2 TFLOPS. With 4096 Stream Processors, 256 Texture Mapping Units and 64 Raster Operating Units, this card is outperforms the GTX 690 as the chart posted by the site suggests.

What is worth noting is a very high memory bandwidth of the card — 576 GB/s (it’s exactly 192 GB/s more than GTX 690, so it’s like adding a GTX 680’s bandwidth). With 6GB memory split into 3GB for each GPU, this card will be a multi-display friendly solution. That’s the reason AMD designers equipped it with four mini-DisplayPorts.

As for the performance, we are looking at the synthetic benchmarks here, but still, they gives us a small amount of information of what we might expect from the card. With a score of 11479 points in 3DMark FireStrike, the HD 7990 is about 15% faster than GTX 690 and 30% faster than GTX Titan. In terms of gaming, we have a small insight of the Battlefield 3 performance, thanks to the chart spotted by WCCFtech. According to it, the HD 7990 is indeed faster than GeForce GTX 690, but the gap is considerably low — 7%.

The Radeon HD 7990 will be released on April 24th. It’s believed that there won’t be a high volume of the cards available in the first weeks of the launch. That’s why we can’t see the leaks from the stores, and therefore not giving us a clear information about the price. However it’s almost certain that the Radeon HD 7990 will cost $1000. 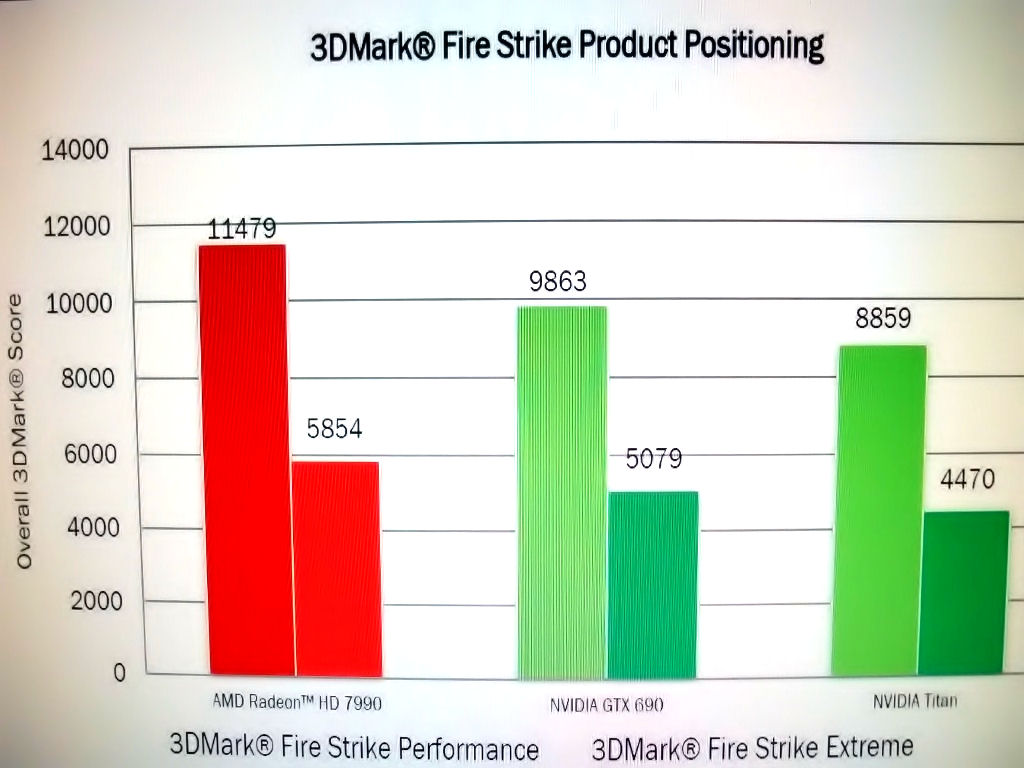 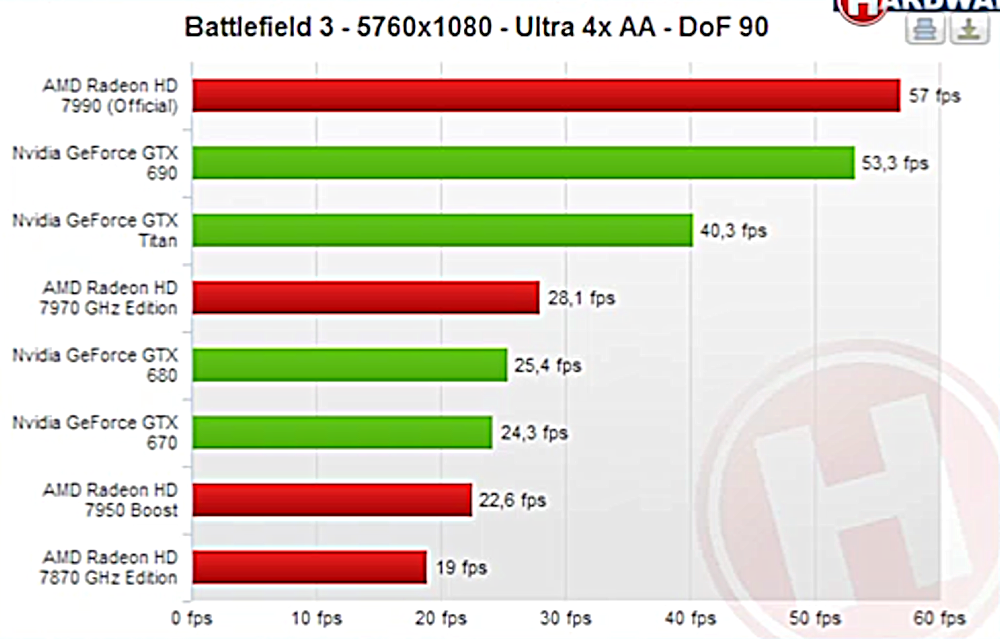 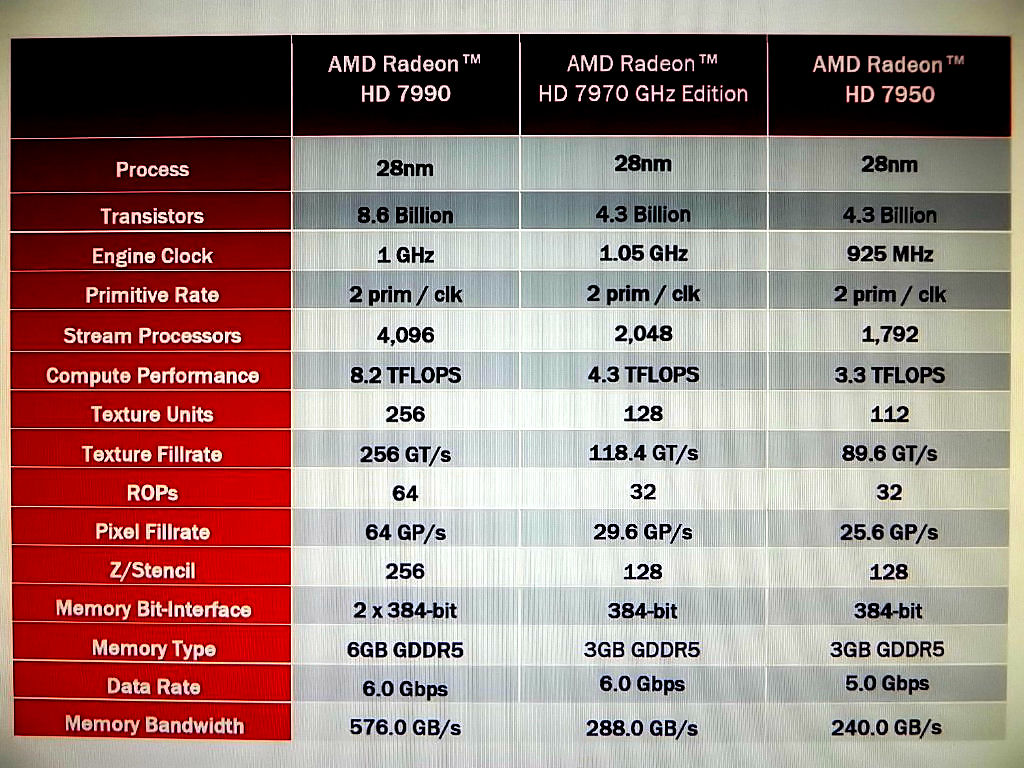 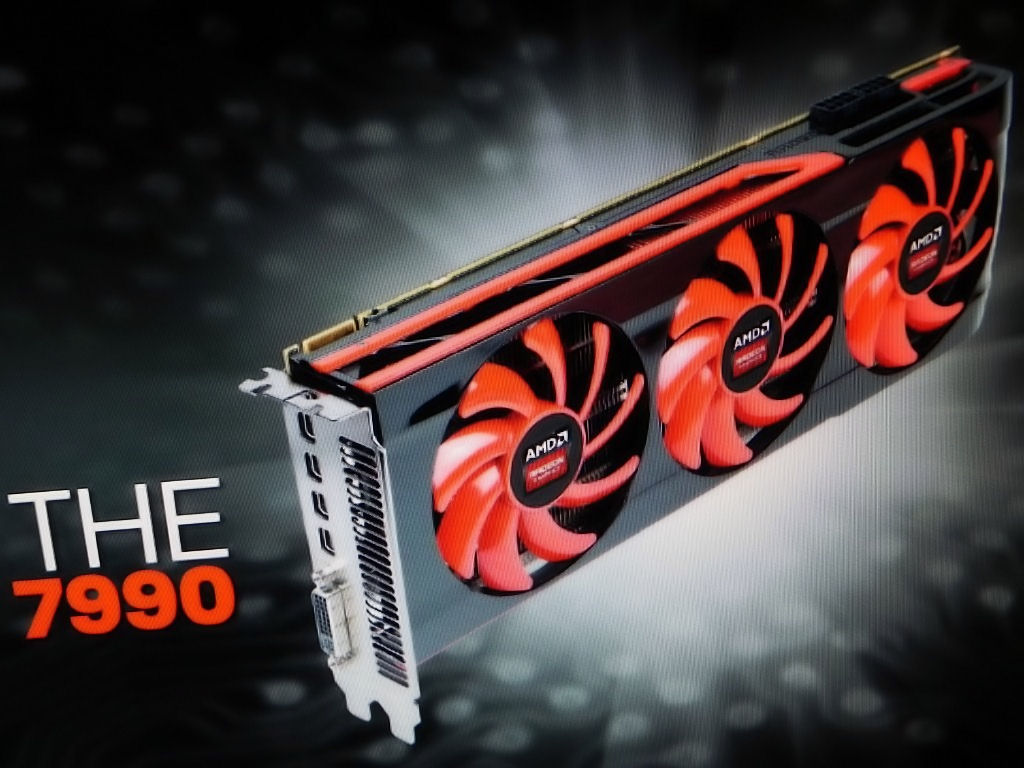 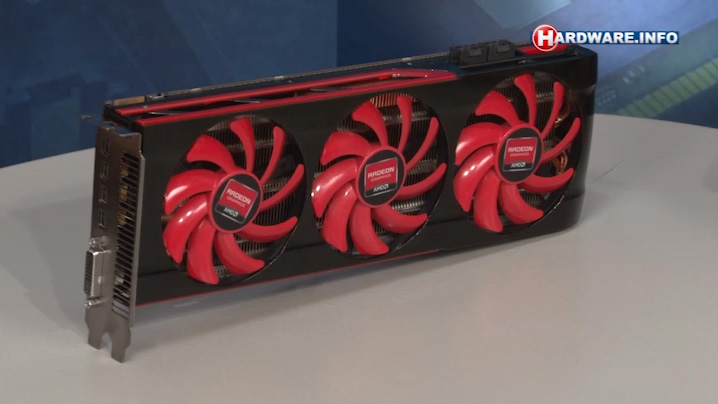