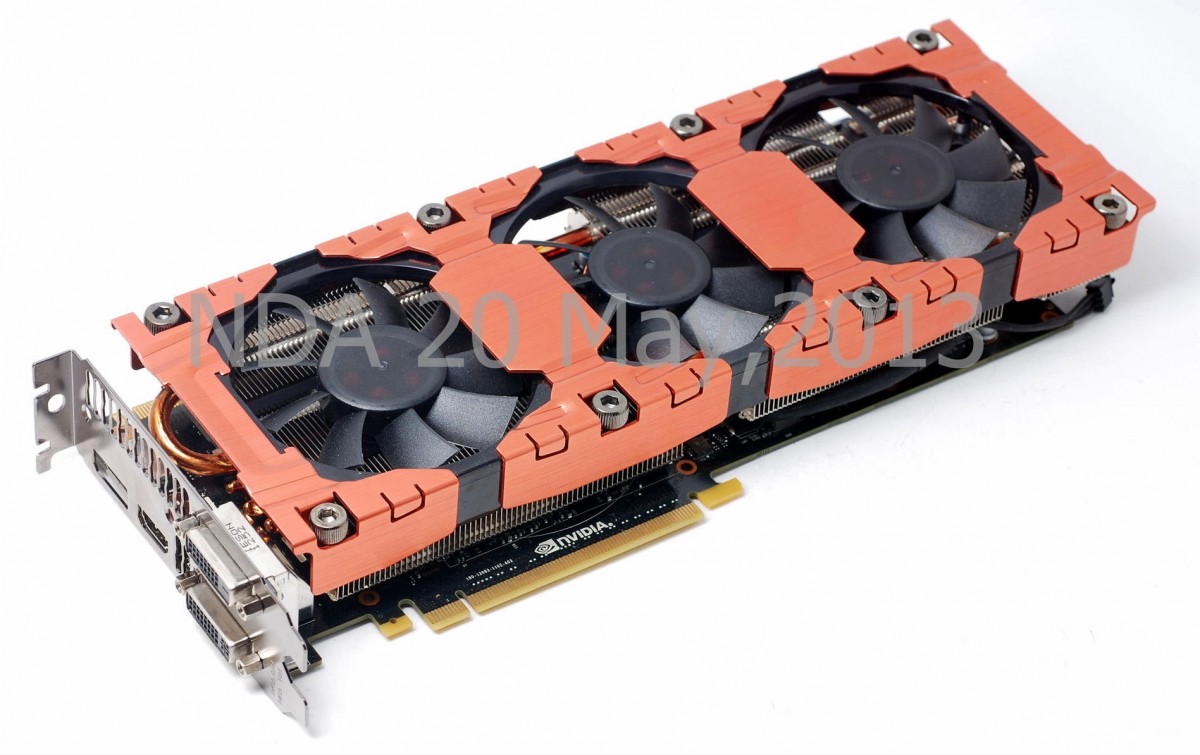 Inno3D is supposedly working on a new custom version of the GTX TITAN. Officially though, this is only a demonstration unit, probably due to NVIDIA’s policy.

The Innovision aka Inno3D has showcased its new GTX TITAN equipped with the triple-fan HerculeZ 3000 solution. The cooler is packed with two large heat sinks and u-shaped copper heat pipes. The card is also equipped with a removable cooler shroud.

The fact that the card received a new cooling system, it increased its overclocking capabilities. Thus, the core clock is easily set to 927MHz, while the memory is not overclocked (it’s not controlled by GPU Boost 2.0 anyway). With a more efficient cooling, the card would not exceed a temperature of 71° C during 20 minutes of FurMark test. One important thing is that this card is still using a reference board.

Apart from the Gigabyte’s WINDFORCE 450W, this is the second custom air cooler for GTX TITAN. Both manufactures claim that these are only demonstration units, but since more of them start to show off it’s solutions, we assume that these coolers are not only made for promotional purpose. Besides that, you can clearly see a a note that a non-disclosure agreement of this model is lifted on May 20th. Probably a date related to NVIDIA’s final decision about the custom air coolers for GTX TITAN. 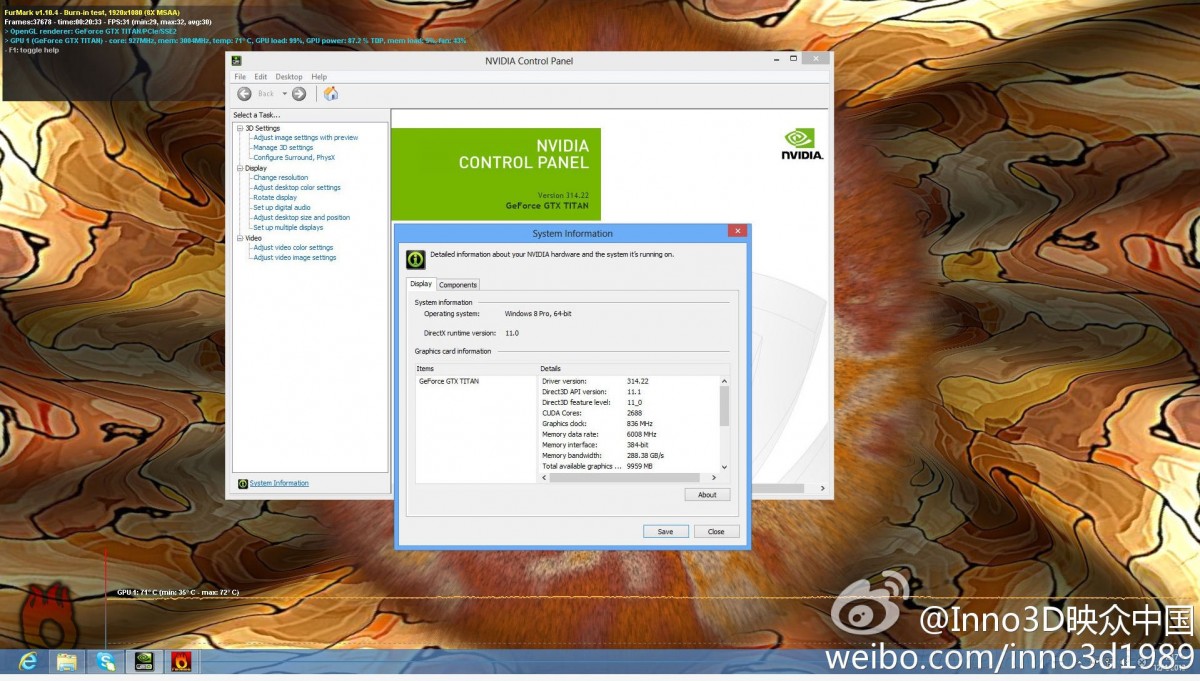