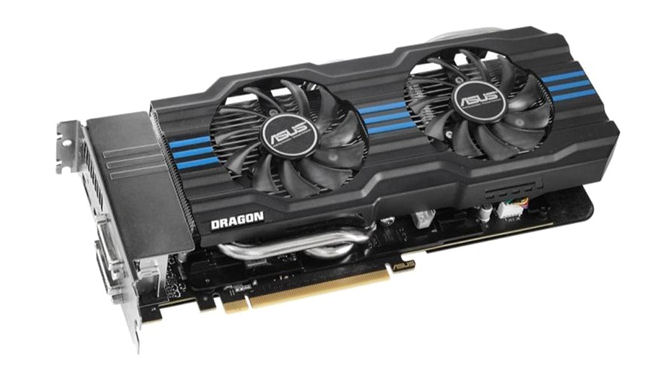 It seems that ASUS is refreshing its lineup with new cards. The red-striped DirectCU models are now followed by blue-striped “Dragon Editions”.

The ASUS GTX 660 Dragon Edition (GTX660Ti-DP-2GD5) is based on GeForce GTX 660. This is the third Dragon in ASUS offer (there’s also a GTX 660 Ti and HD 7850). There are small design changes in comparison DirectU II designs. Most importantly the card is equipped with a backplate to improve heat dissipation of the memory section. The card has a boost clock of 1150 MHz, which is 15MHz above the DirectCU II TOP specification. The memory however, was not overclocked and it’s slower than TOP’s configuration (6.1 GHz). The Dragon is packed with 2GB of GDDR5 memory across a 192-bit interface.

The GTX 660 Dragon is equipped with two DVI’s, one HDMI and one DisplayPort. It requires two 6-pin power connectors. Most likely this card will only be released in the Asian market, just like all Dragon cards are. 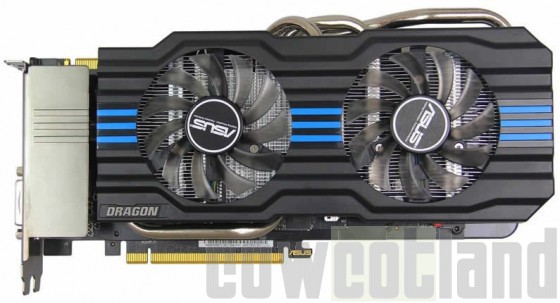