NVIDIA To Bundle Metro: Last Light With GeForce GTX 660 And Above

We didn’t have to wait long for NVIDIA’s response to AMD’s Never Settle Reloaded reboot. Following the news that AMD would now bundle Far Cry 3 Blood Dragon to all cards above the Radeon HD 7770 GHz Edition, NVIDIA decided to add Metro: Last Light for all cards above GTX 660.

The promotion will go live on April 16th, which is two weeks sooner than AMD’s new bundle (May 1st). The game itself will be released on May 17th. It’s worth noting that because of the new Metro game, the official Facebook page now has one million fans (that’s even more than NVIDIA has on their main fan page).

It is unclear whether this promotion will be retroactive, but likely not. 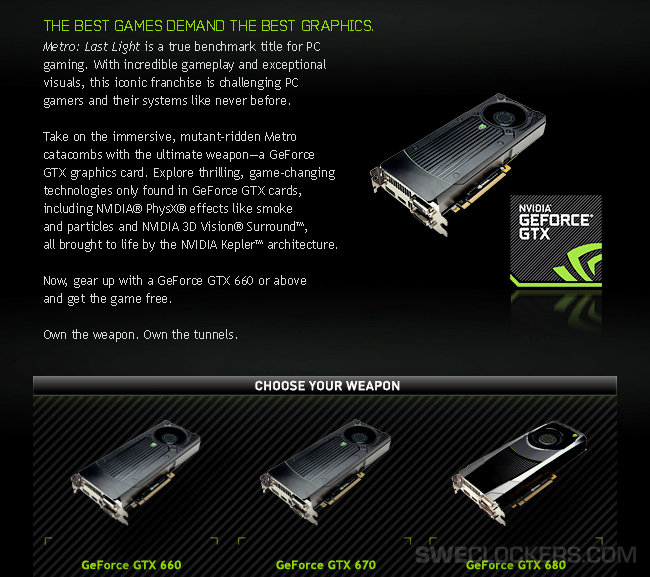