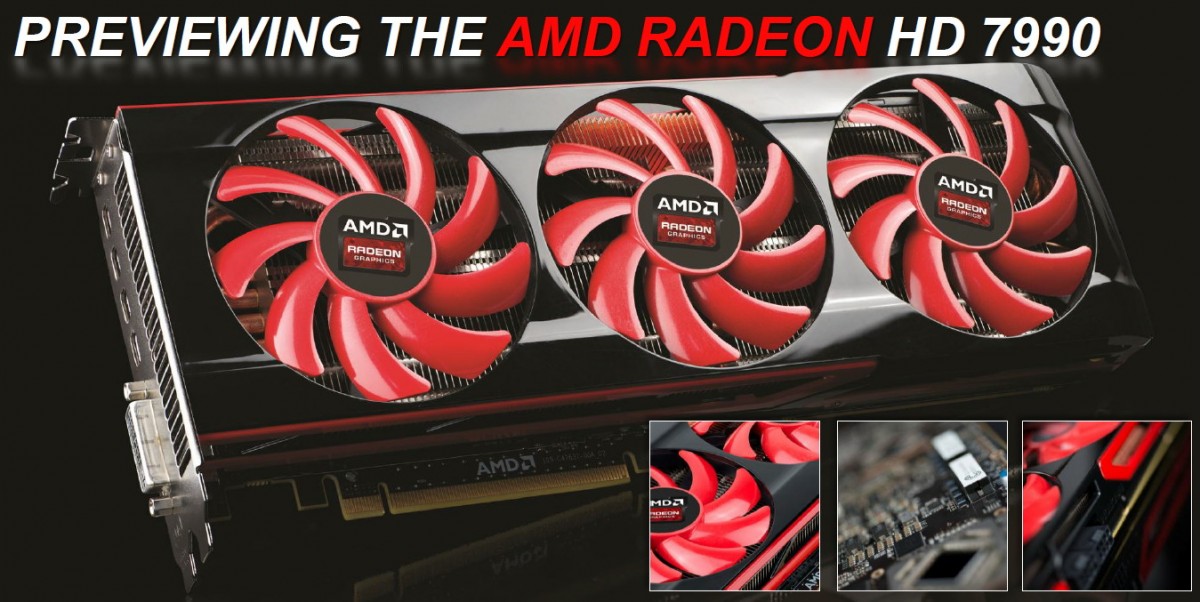 AMD is reportedly preparing reference Radeon HD 7990 graphics card for the launch. The fact, that the company is somehow quiet about this card may suggest that this new addition to HD 7000 series might actually bring something new, like a new technology similar to GPU Boost 2.0 from GeForce GTX Titan.

The cards are already being sent to reviewers and game developers, as reported in our previous post, where DICE developer revealed his gaming rig featuring a CrossFireX configuration of this particular model.

The specifications are not a mystery, but we will have to wait for more leaks, or even for a launch, for more precise numbers. What we know for sure is that the card sports two Tahiti XT GPUs, probably even in XT2 iteration, and 6GB of GDDR5 memory. The card is supposedly clocked at a higher speed than custom HD 7990’s, which are already available on the market. This card may actually perform similar to the ASUS ARES 2.

AMD’s Radeon HD 7990 features triple-fan solution, which is believed to offer more efficient cooling that custom designs. The card is also more power efficient, since it only requires two 8-pin power connectors, on the contrary to custom’s three 8-pin’s. The reference model is equipped with four mini-DisplayPorts and one Dual-DVI output. We are looking at a similar price tag to other HD 7990 models — $1000.