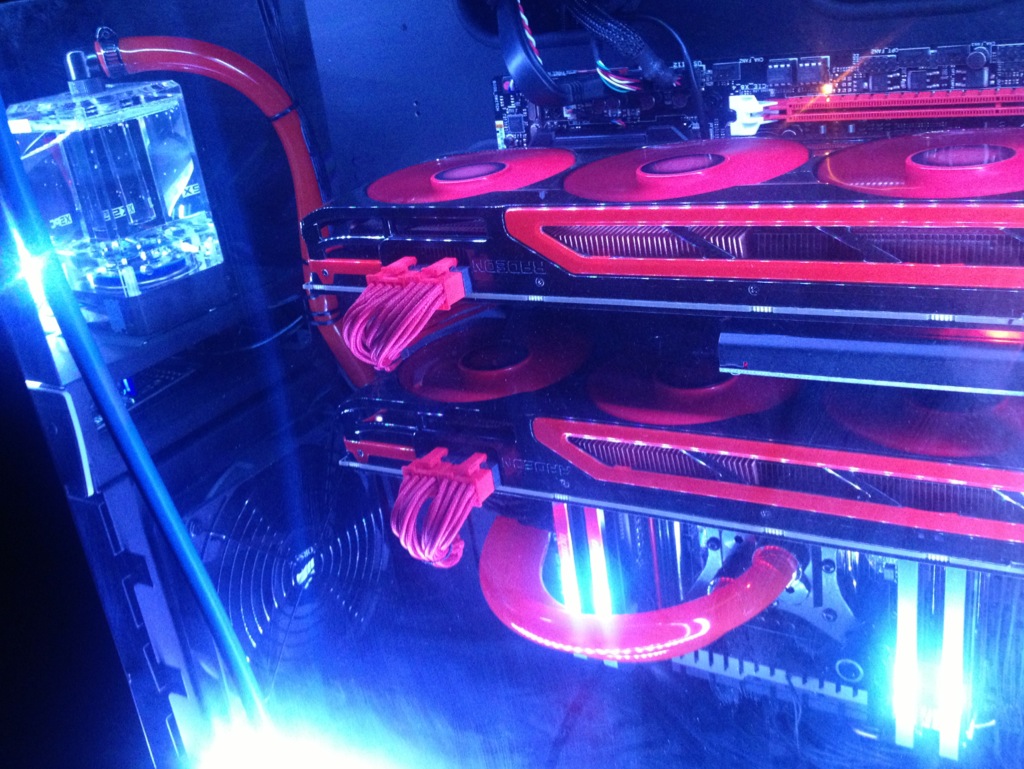 A gamingpc sub-reddit is place of many interesting pictures of the desktop mods. Interestingly, one of the mods shows the Radeon HD 7990 in action.

For those unaware of the current AMD roadmap, the HD 7990 was not yet released, but the final design of the reference model was shown two weeks ago during GCC 2013. It is believed to be the last Radeon HD 7000 card. As for the new leak, two cards were pictured in CrossFire configuration. As the user of Reddit describes, it’s a part of his test bench. What it means is that the reviewing samples are already being sent to them. If you didn’t hear the latest news, AMD Radeon HD 7990 was used for Battlefield 4 presentation and the game will be a part of AMD’s next game bundle.

No detailed information was posted. We still don’t know the exact clock speeds and the price tag. What we also don’t know is whether AMD did any changes to their micro-stutter and runt frames problem with CrossFire configuration, which will most likely affect this card as well. Because of this leak, we are probably looking at April/May launch.