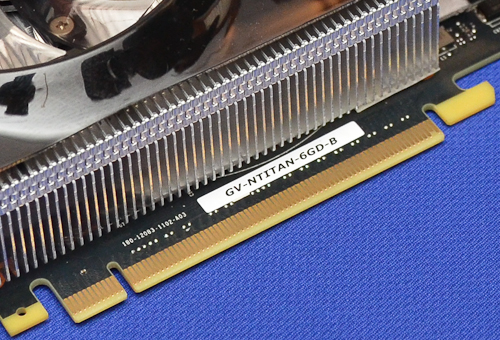 If you thought that NVIDIA would not allow its partners to launch a custom GeForce GTX Titan’s, then you were wrong. As I predicted in the post about a red TwinFrozr cooler supposedly for Titan, manufacturers got a green light to prepare a fully custom air cooling solutions, at least that what this story suggests.


In fact, there are already a custom GTX Titans, only with liquid solutions. Gigabyte has showcased its GTX Titan with WindForce 3X on a special event called Gigabyte Tech Tour. They presented it’s new peripherals like mouses or headsets, but more importantly they shown a custom solution for Titan. The cooler is huge, actually it’s even bigger than the reference board of the Titan (which this card is using). According to the source, Gigabyte did its best to increase the wattage of the card, that’s due to the way GPU Boost 2.0 works. By increasing the airflow and power limit they also increase the clock speeds. The cooler itself received few design changes (in comparison go other WF3x’s). There are still 3 fans on the top and two large heat sinks, one covering the GPU and the other over the power section. There are no external heat pipes visible on the pictures. NVIDIA did not comment on the story. 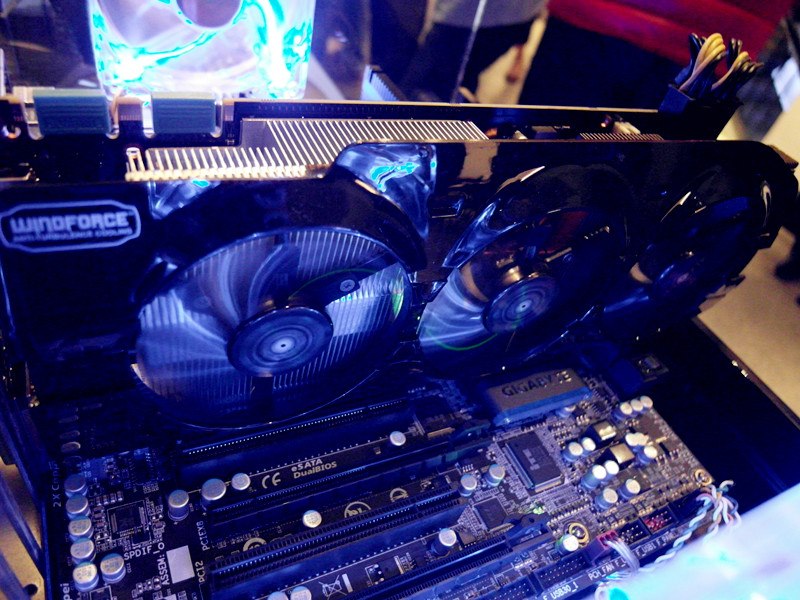