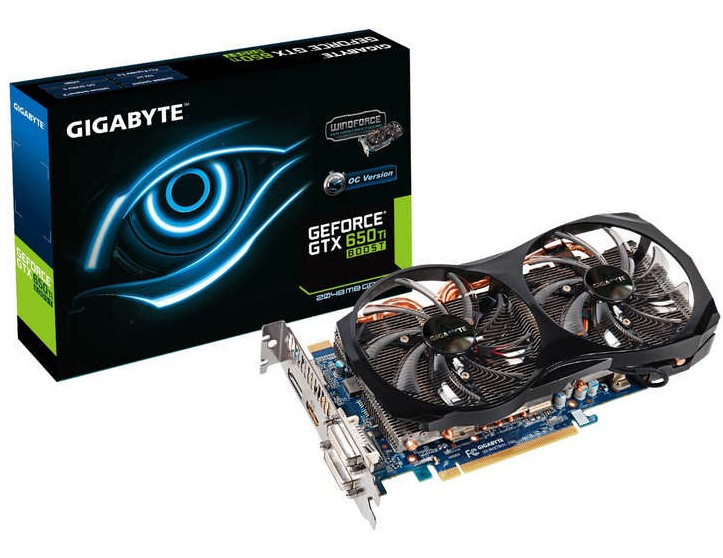 Gigabyte made another graphics card with the WindForce2X cooling solution. The new model is clocked at 1098 MHz, which makes it the fastest GTX 650 Ti Boost so far.

Gigabyte GTX 650 Ti Boost OC Edition (GV-N65TBOC-2GD) with Windforce 2X cooler has two GPU clocks: base of 1032 MHz and boost of 1098 MHz. The store listing says that the card is clocked at 980/1046 on reference models, which contrasts with the leaked slides. The card is using 2GB of GDDR5 memory across 192-bit interface, which is clocked at 6 GHz. Interestingly, the GTX 650 Ti from Gigabyte is using a PCB from GTX 660, and the same WindForce 2X model as well. The only noticeable difference is the code on the PCB. It also features Ultra Durable VGA technology, which technically should increase the lifespan of the card. The WindForce 2X cooler has two ultra quiet PWM fans and two copper heat pipes.

The card is equipped with two DVI’s, one HDMI and one DisplayPort. The price is €197. 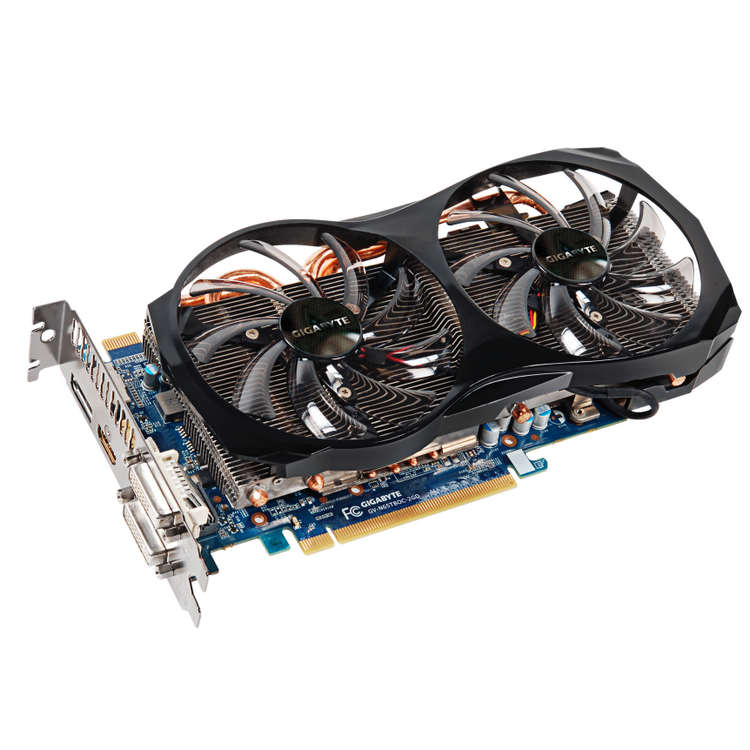