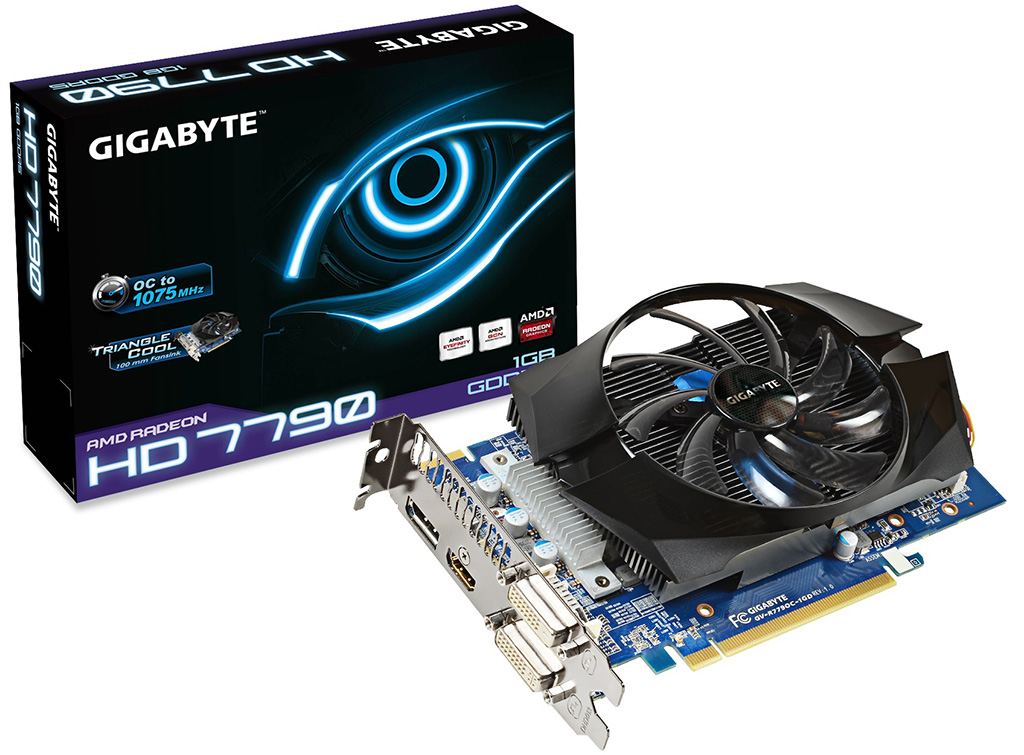 Gigabyte added a new Radeon graphics cards to its AMD-based lineup. The Gigabyte HD 7790 OC and non-OC are featuring the latest Bonaire GPU with 869 Stream Processors.

The only difference is the GPU clock: the factroy-overclocked model comes with 1075 MHz clock, whereas the non-OC edition has 1GB clock. The memory clock on both cards is the same at 6 GHz. The Gigabyte HD 7790 have a Triangle Cool cooling solution (equipped with 100mm fan), which along with UltraDurable VGA PCB makes this card a good combination at this price point. The non-OC version is priced at $150, while the OC variant is listed at $10 more. The Gigabyte’s HD 7790 is equipped with two DVI’s, HDMI and DisplayPort.