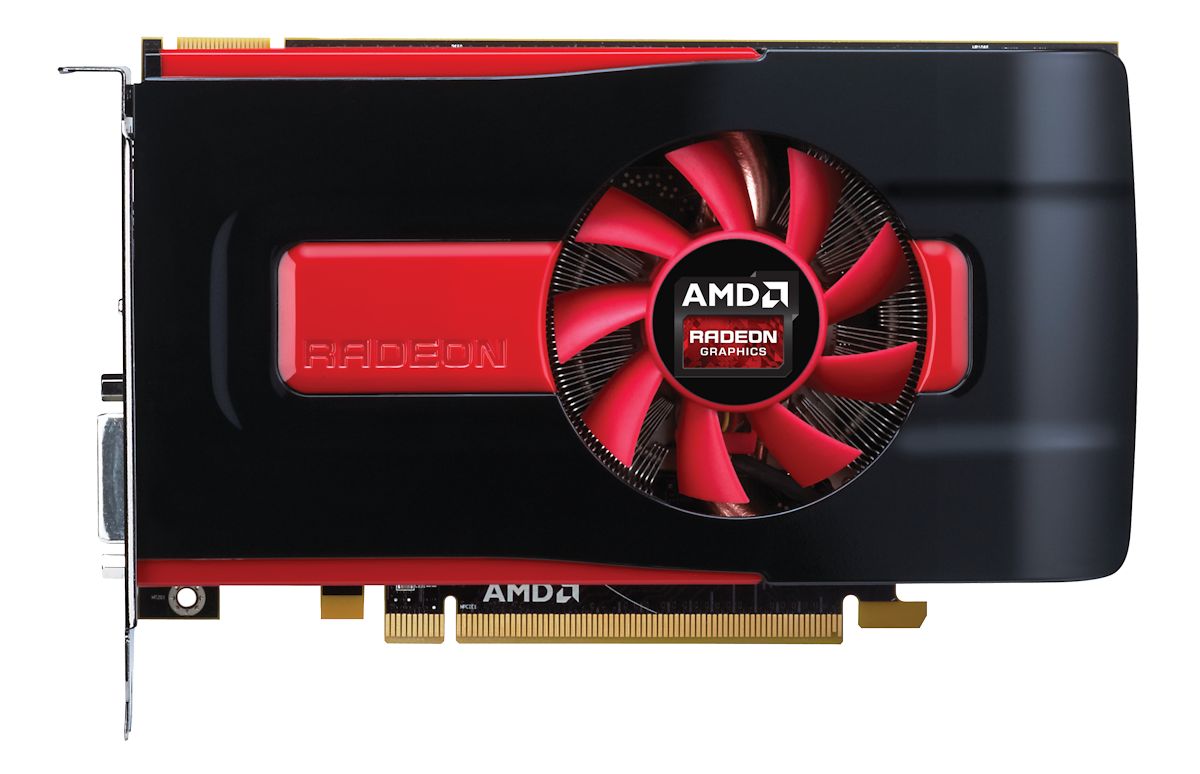 AMD has launched it’s new mid-range Radeon HD 7790 graphics card. It’s designed to compete with other cards of the mid-range segment, especially those from NVIDIA lineup. The HD 7790 is packed with Bonaire GPU, which is the latest addition to the GPU market.

The Bonaire has 896 Stream Processors, 56 Texture Mapping and 16 Raster Operating Units. The reference card is clocked at 1 GHz, which is supported by new dynamic clock adjustment technology, which is believed to offer better clock manipulation and therefore better performance. There are models with 2GB of memory, but the reference is just 1GB across 128-bit. The memory is clocked at 6 GHz, which gives 96 GB/s of bandwidth.

The Radeon HD 7790 has a very low TDP of 85W, which is a good improvement towards a better power utilization of AMD products. The upcoming GeForce GTX 650 Ti Boost has a TDP of 140W, so there’s a huge gap between these cards. The power is drawn from a single 6-pin power connector. The card is equipped with two DVI’s, one HDMI and DisplayPort by default. Manufacturer’s suggested retail price is $149.99. 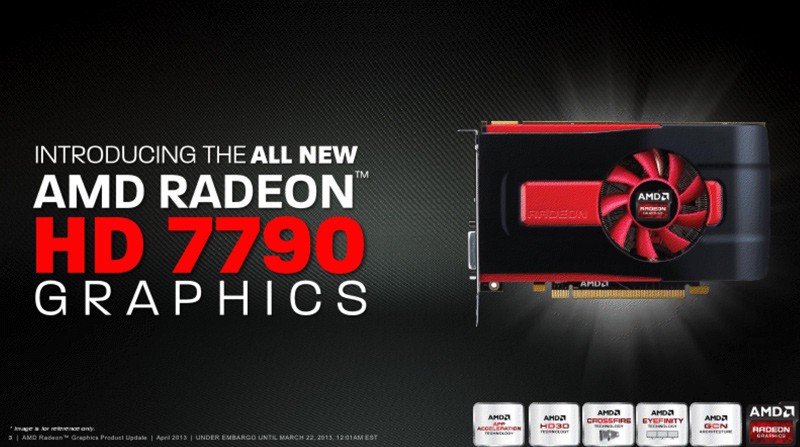 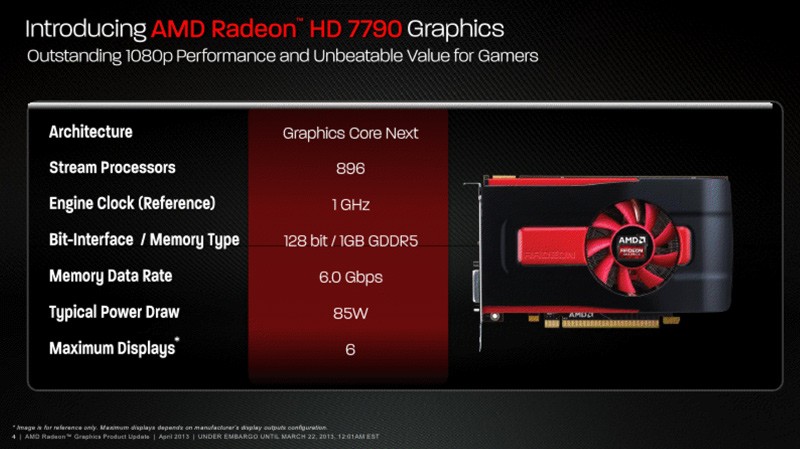 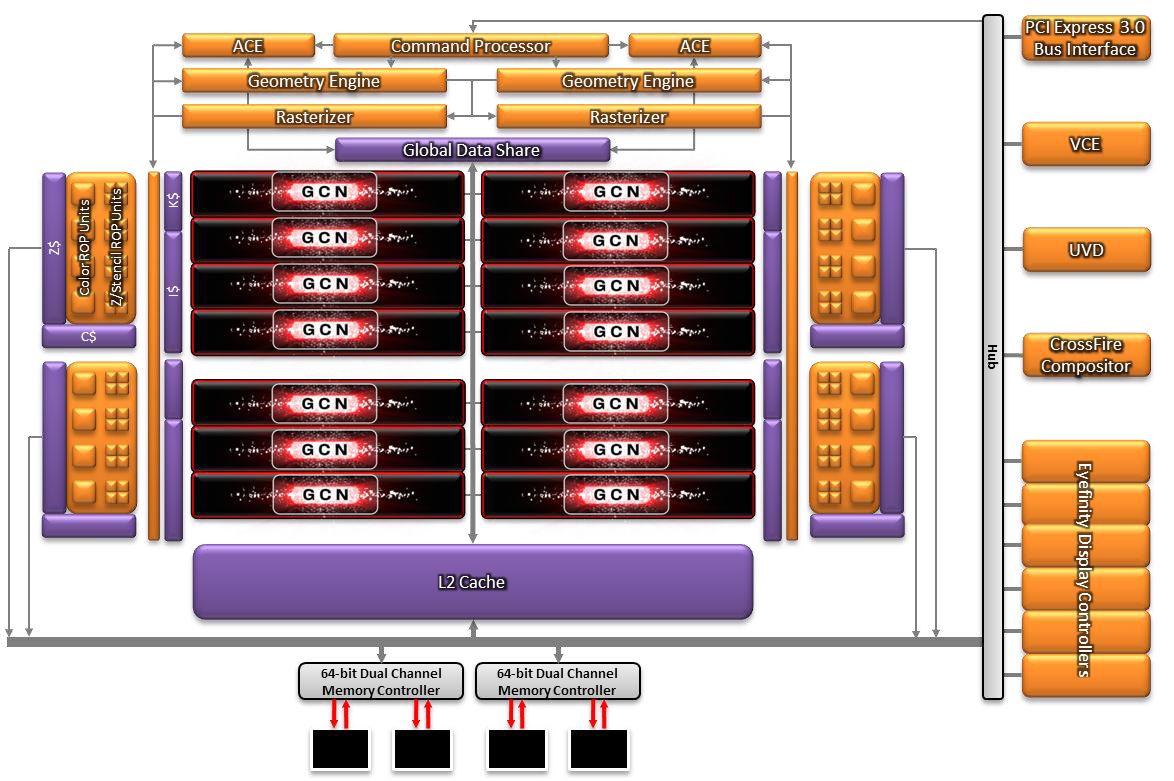 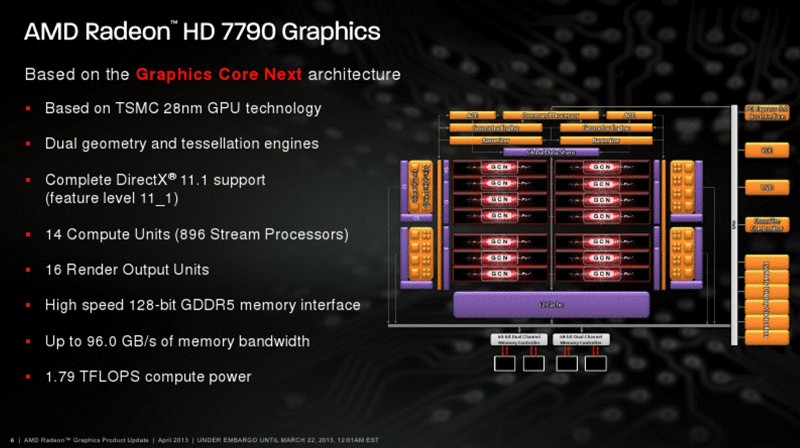 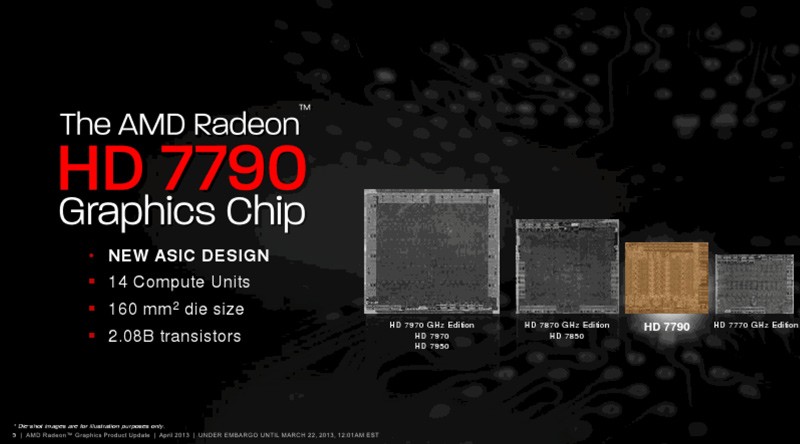 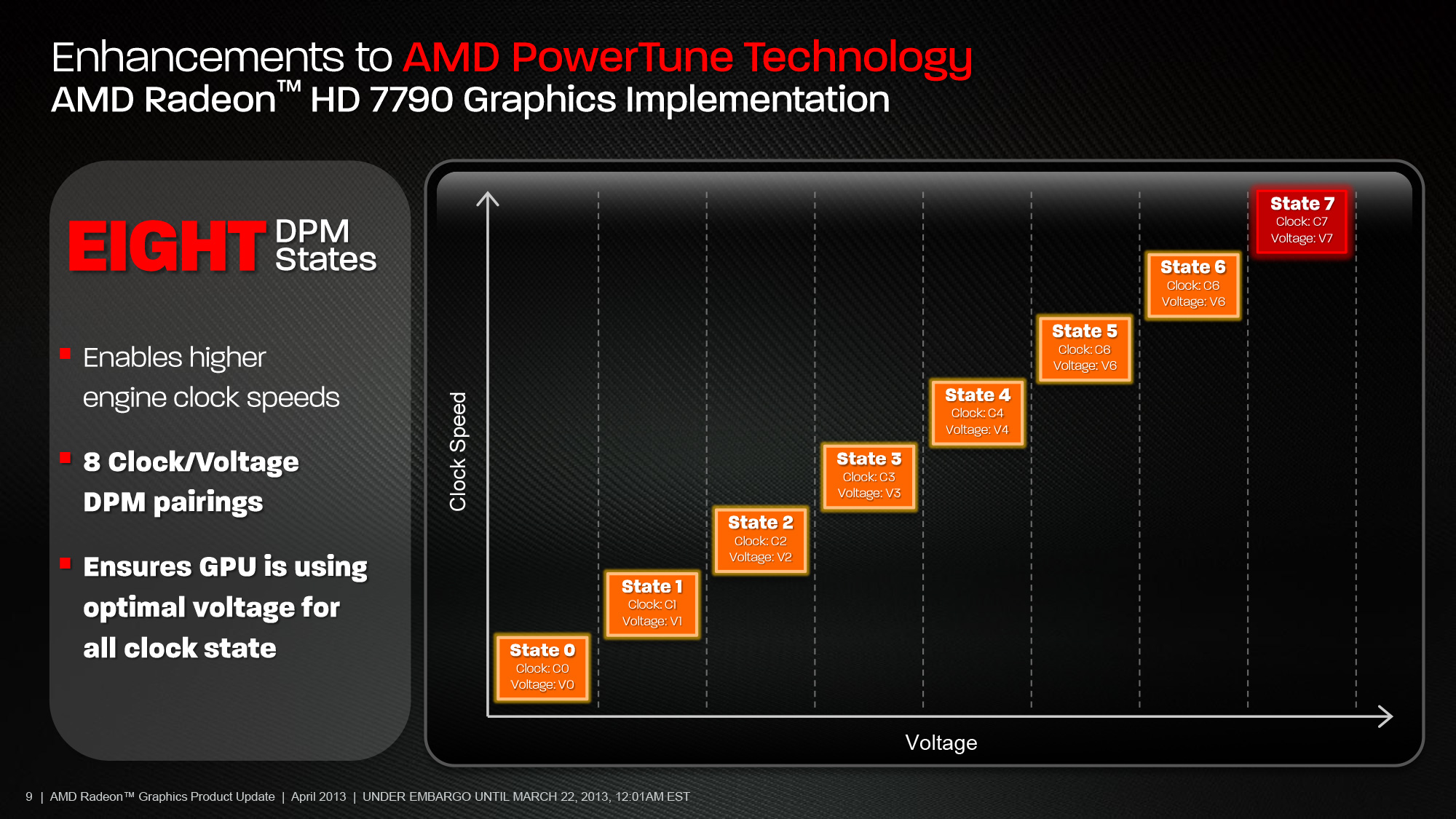 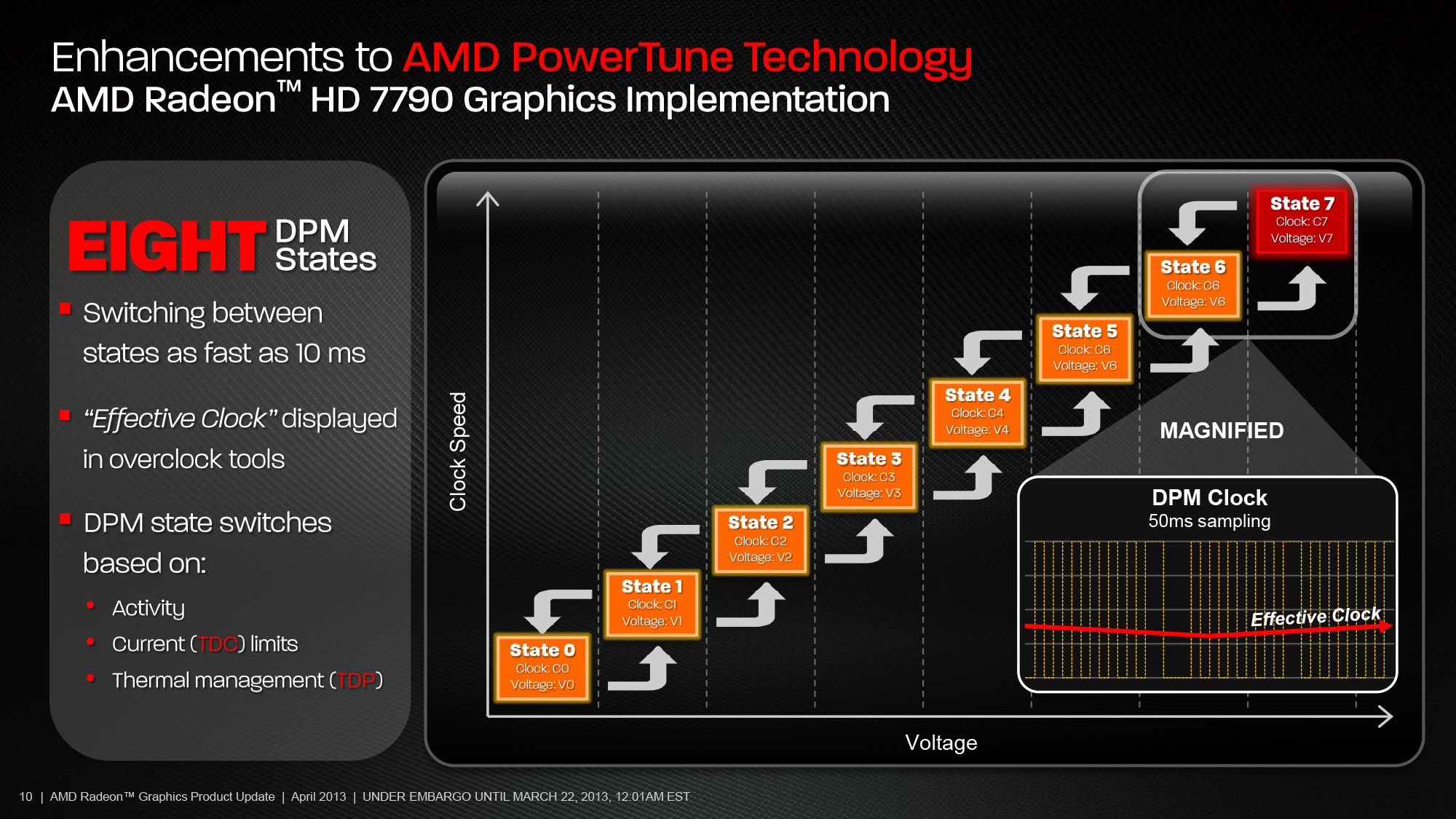 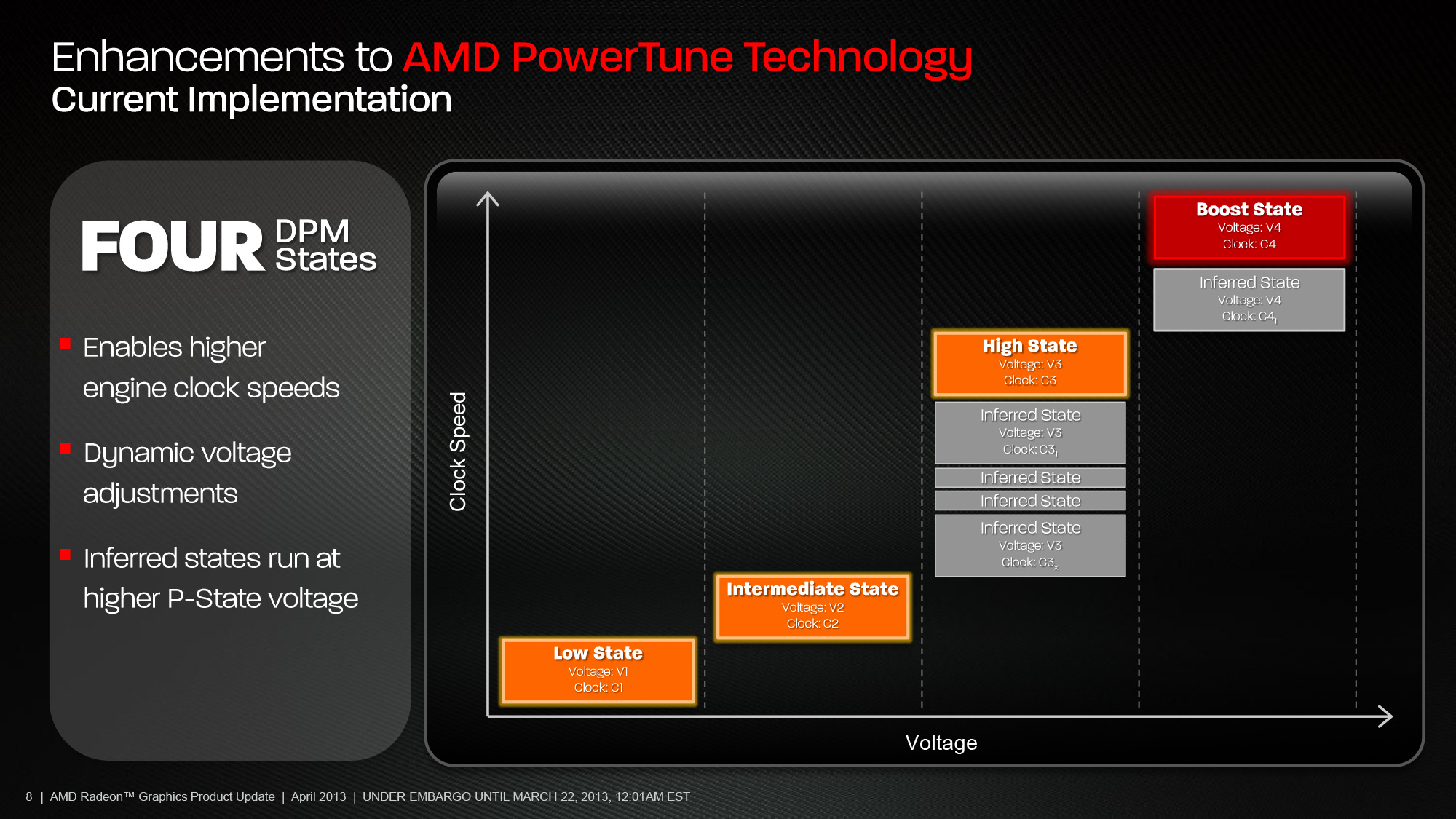 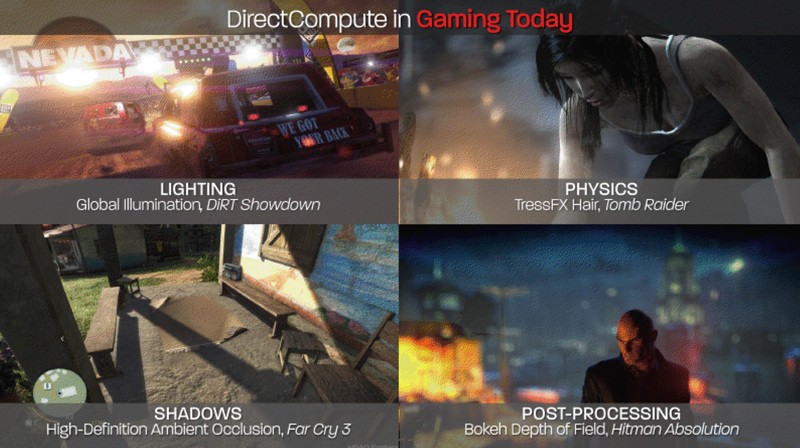 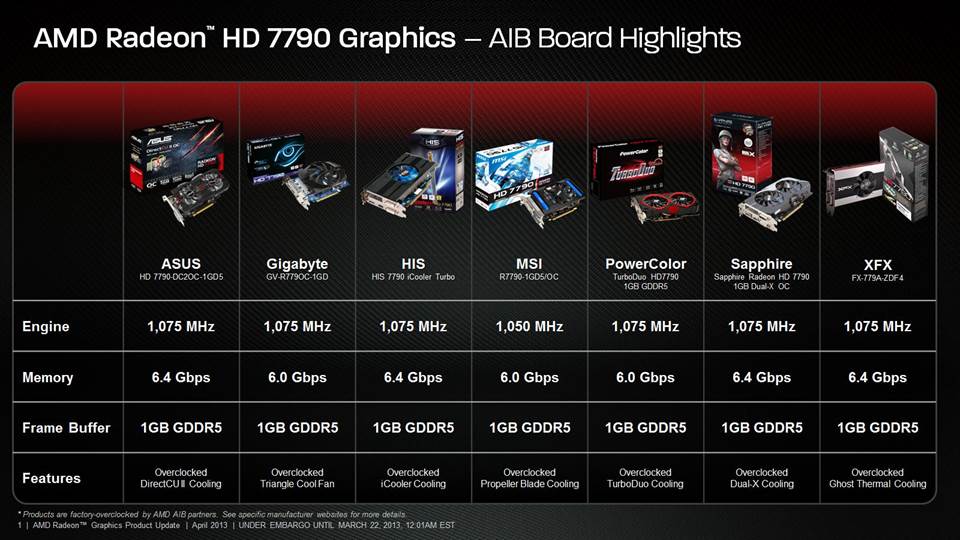