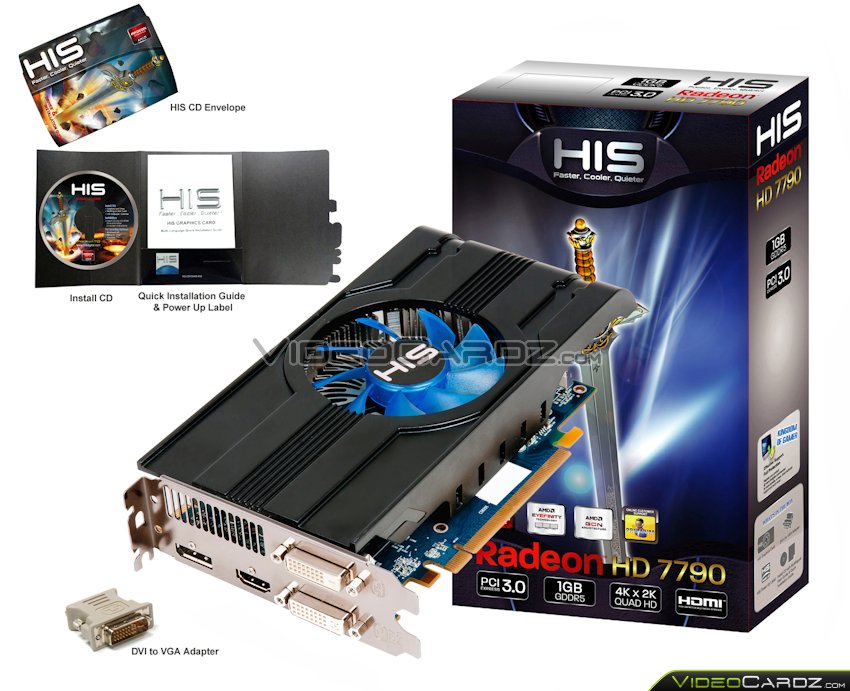 HIS is preparing two cards for the tomorrow’s launch. Both models should look the same, while one of them is factory-overclocked.

Not surprisingly both cards feature 1GB GDDR5 memory and the same design known from Radeon HD 7770. The cheap plastic cover doesn’t look very good, but this card was made for the performance, actually to be the fastest card from entry-level segment to be precise. The iCooler solution is the latest addition to the 7000 series from HIS Digital. It operates at 28 dB noise level, so it’s considered a very quiet cooler. The interesting fact is that the box already features the new Radeon logo.

Unfortunately clocks remain a secret for now. The cards are equipped with two DVI’s, one DisplayPort and HDMI. 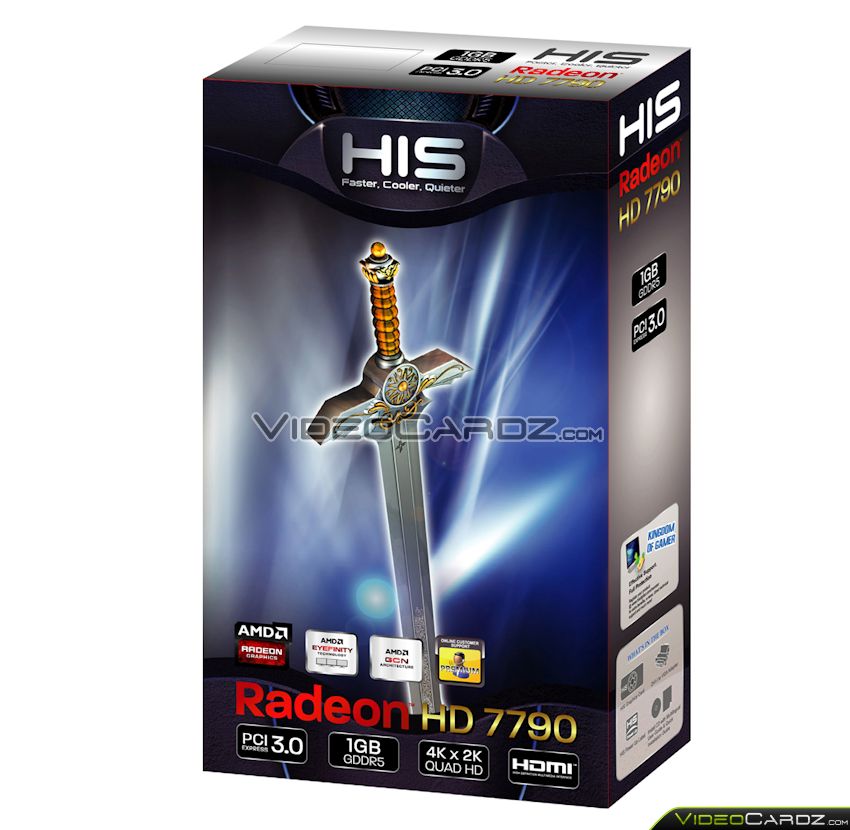