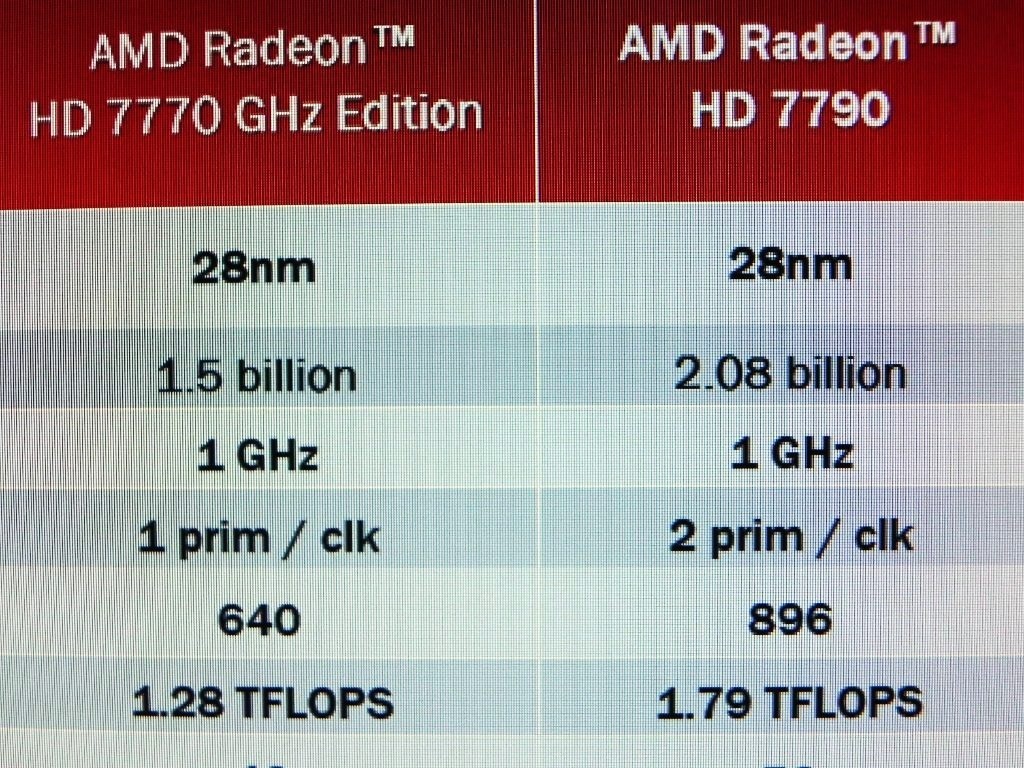 Hermitage Akihabara leaked a presentation slide, possibly made by AMD itself, which compares two Radeon cards, from which one is the upcoming Radeon HD 7790.

As it turns out, the specification posted few days ago by SweClockers were wrong. The 768 SPs count reported by the site was in fact a wrong reading of GPU-Z utility. The real specification includes 896 Stream Processors. Thanks to the slide we now know the exact number or transistors, from which Bonaire GPU is made. So the GPU would have 2.08 billion of transistors, which is definitely more than Picairn’s 1.5 billion. What is also revealed is that the Radeon HD 7790 would sport 2prim per clock rate, while the Pitcairn only has 1prim per clock. This certainly has the influence on the computing power, which is reported at 1.79 TFLOPs with the new card. The GPU clock is yet to be announced. We are quite sure that the reference board will have 1 GB of GDDR5 memory across 128-bit interface. THe memory should be clocked at 6 GHz, with a bandwidth of 96 GB/s. With a TDP of 85W the HD 7790 will require a single 6-pin power connector.

The Radeon HD 7790 is exected no later than tomorrow for a price starting at €150.