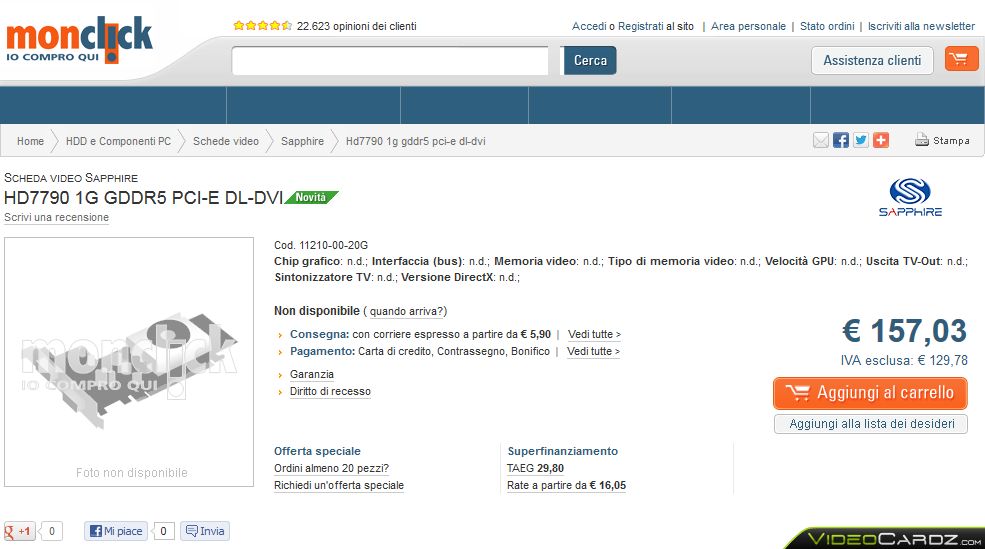 While AMD is preparing its mid-range graphics card for this week’s launch, some of its AIB partners are already distributing the information about their custom models, which should be available shortly after the launch.

Sapphire’s HD 7790 Dual-X OC Edition and it’s non-overclocked variant are already on the web. The OC model would cost €163, while it’s slower version €157. This is the price from Italian etailer. The first card is also listed on Serbian websites, for a price of 13.999 din, which is about €125 (probably without tax).

AMD Radeon HD 7790 will make use of the Bonaire XT GPU, which will hold 896 stream processors. It seems that the 768 cores, which was supposedly the real number of the cores, was in fact a wrong reading of GPU-Z utility. The latest version (download it from our forums: GPU-Z 0.6.9) has the issue fixed, but it doesn’t prove 896 is the true number of the processors. The card will almost certainly use 1GB GDDR5 memory across 128-bit interface. I wouldn’t be surprised if we see 2GB models as well.

The HD 7790 is expected to be released on March 21st or 22nd. Interestingly, few etailers already noted that the card may be available on 18th. 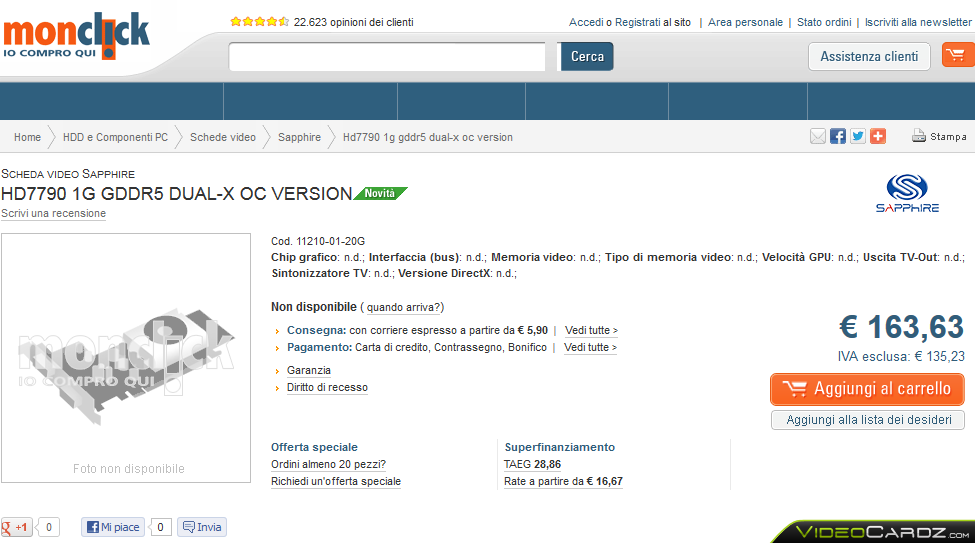 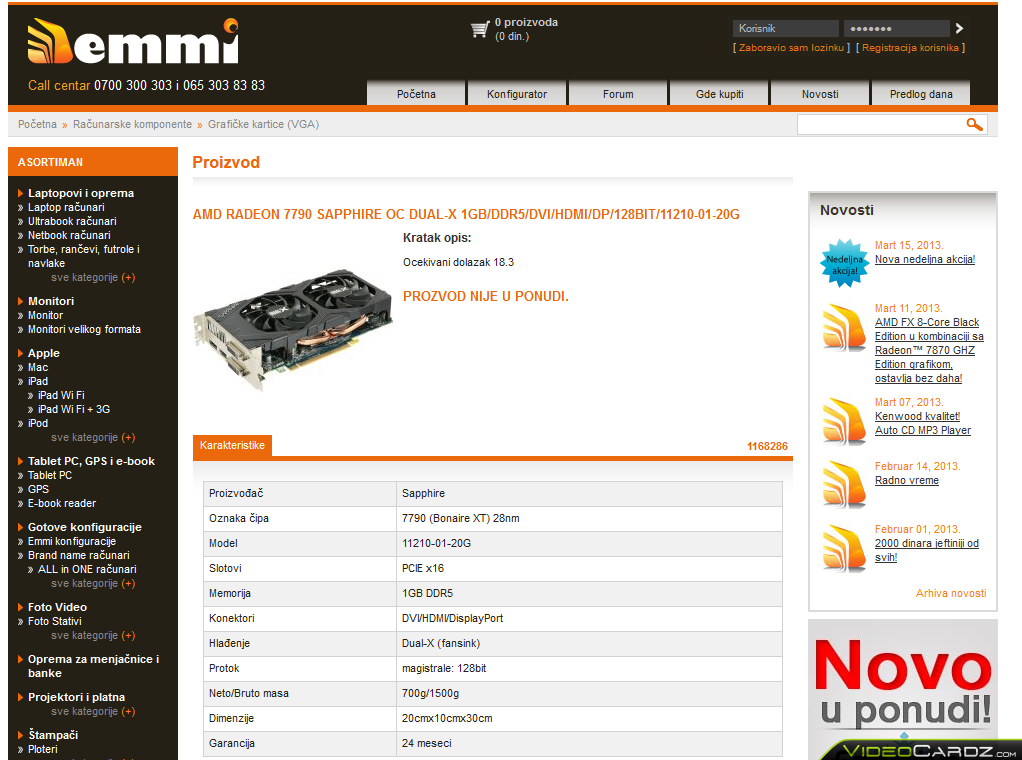 And here are other listings of the Sapphire duo. It appears that the HD 7790 is even cheaper — €150 for a stock model and €155 for factory-overclocked (after a rebate). 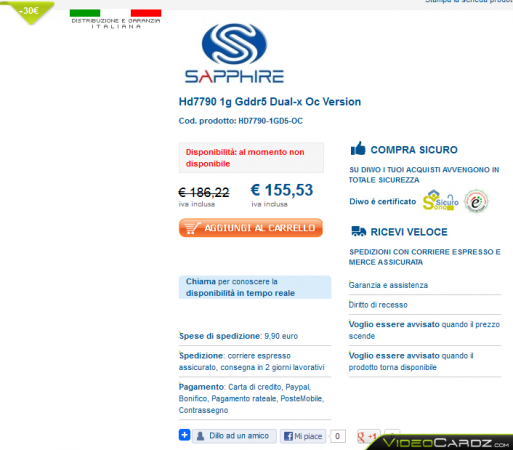 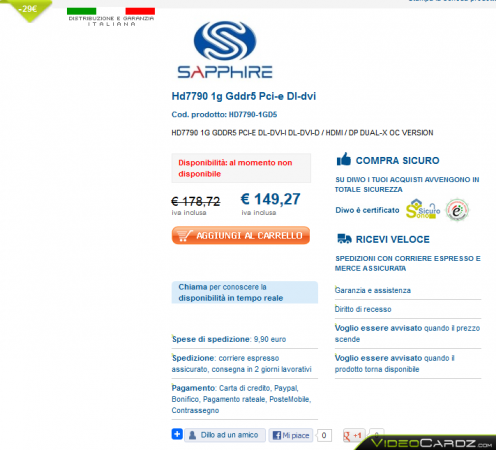 Thanks to erenhardt for a tip!