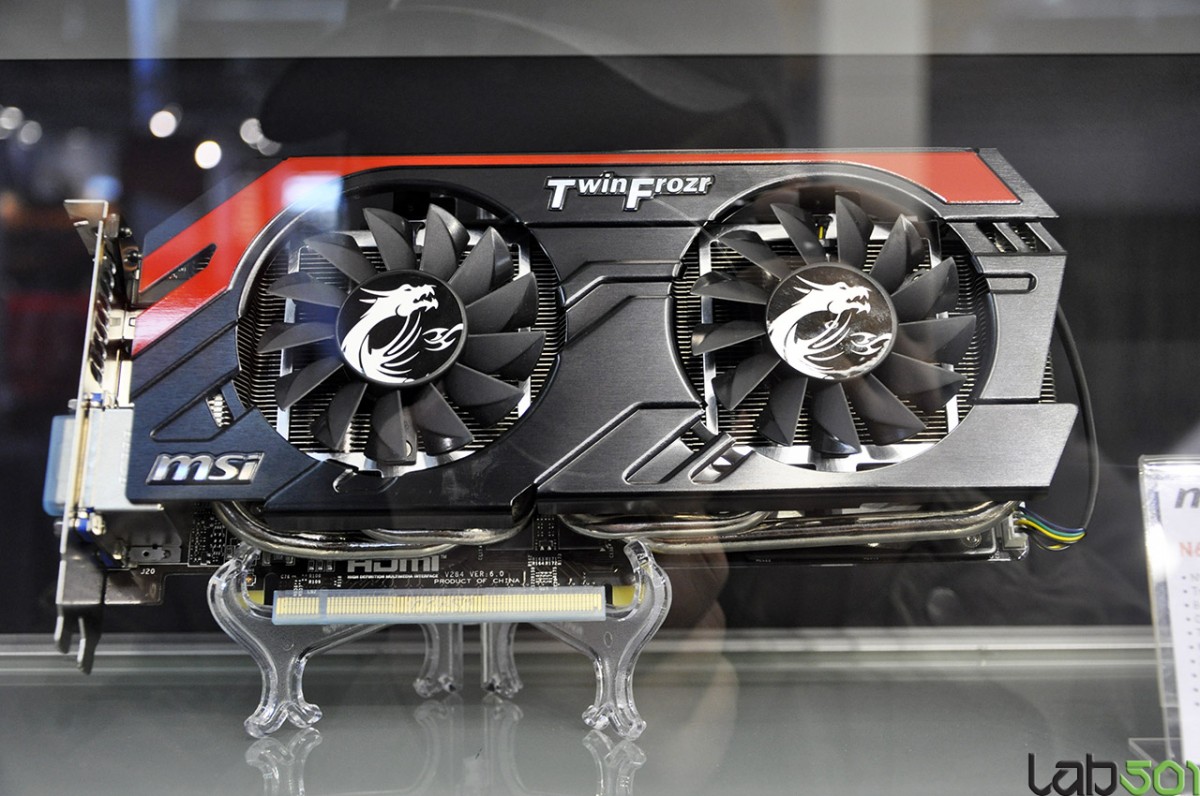 Red Twin Frozr IV is not for Titan

In my previous post I mentioned that a custom GTX Titan from MSI might receive a Twin Frozr cooler, as it turned out, the red one, which was teased by the manufacturer, was in fact designed for a GTX 660 Ti. Just to clarify, NVIDIA did not allow manufacturers to create a custom boards for the GTX Titan (only a water cooled EVGA model got a green light). This however changed, as the SweClockers site reports. NVIDIA did in fact gave a green light to manufacturers to prepare a custom boards for GTX Titan. I don’t know if the GPU Boost 2.0 will anyhow limit the overclocking capabilities, but they will be able to prepare the cards with more advanced power sections and custom cooling solutions, just like Twin Frozr.

That’s a long name for a mid-range card. MSI presented a new 660 Ti during CeBIT. Card has almost every feature of the Lightning model, just not the backplate and the additional PCB. The new Gaming Edition of the GTX 660 Ti will have 8-phase PWM design, Military Class III components, Triple Overvoltage, Twin Frozr IV cooler and of course, factory-overclocked configuration of 1019/1097 MHz for base and boost respectively. Card arrives with 2GB of GDDR5 memory across a 192-bit interface (clocked at 6GHz). The price was not revealed. 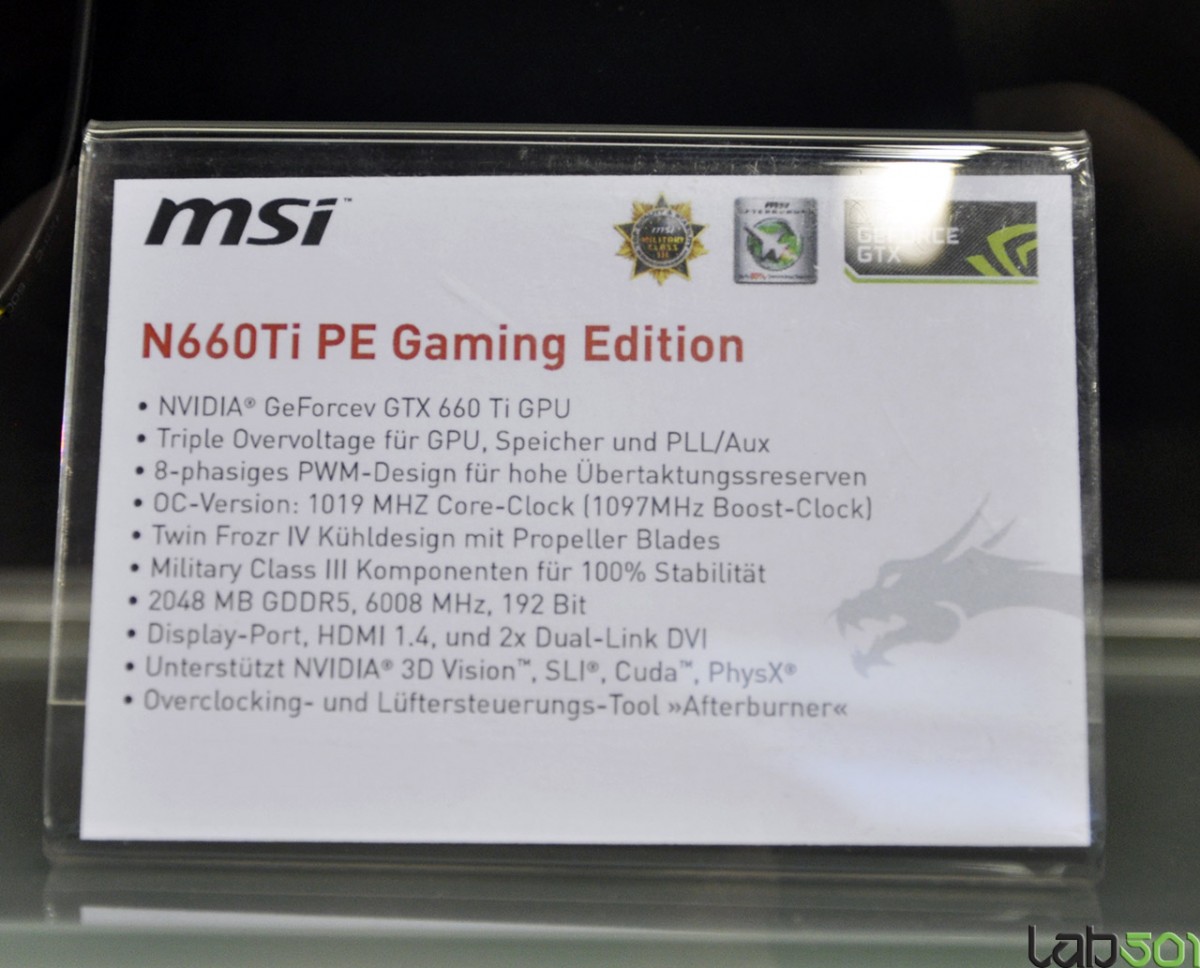