Zotac’s GTX 680 AMP! (ZT-60105-10P) is operating at the same speed as it’s older brother. The GPU is clocked at 1110/1176 MHz (for base and boost respectively). Also the memory has been been factory-overclocked to 6608 MHz. It appears that the only change was made to the new cooling system, actually it’s completely new. A long dual-fan cooler features a large heat sink, which according to the pictures would be a single part, covering the a whole card. We can also notice few copper platted heat pipes on the side. Zotac claims that the new variant of their cooler would be quieter and more efficient than previous model. What they did not say, or more precisely advertise, is that it only has two 6-pin power connectors, which may be a bottleneck for extreme overclocking.

Manufacturer did not comment on the pricing and availability. Zotac is currently adding a free coupon for Assasinss Creed III to most of their high-end graphics cards – that includes the new AMP! Edition too. 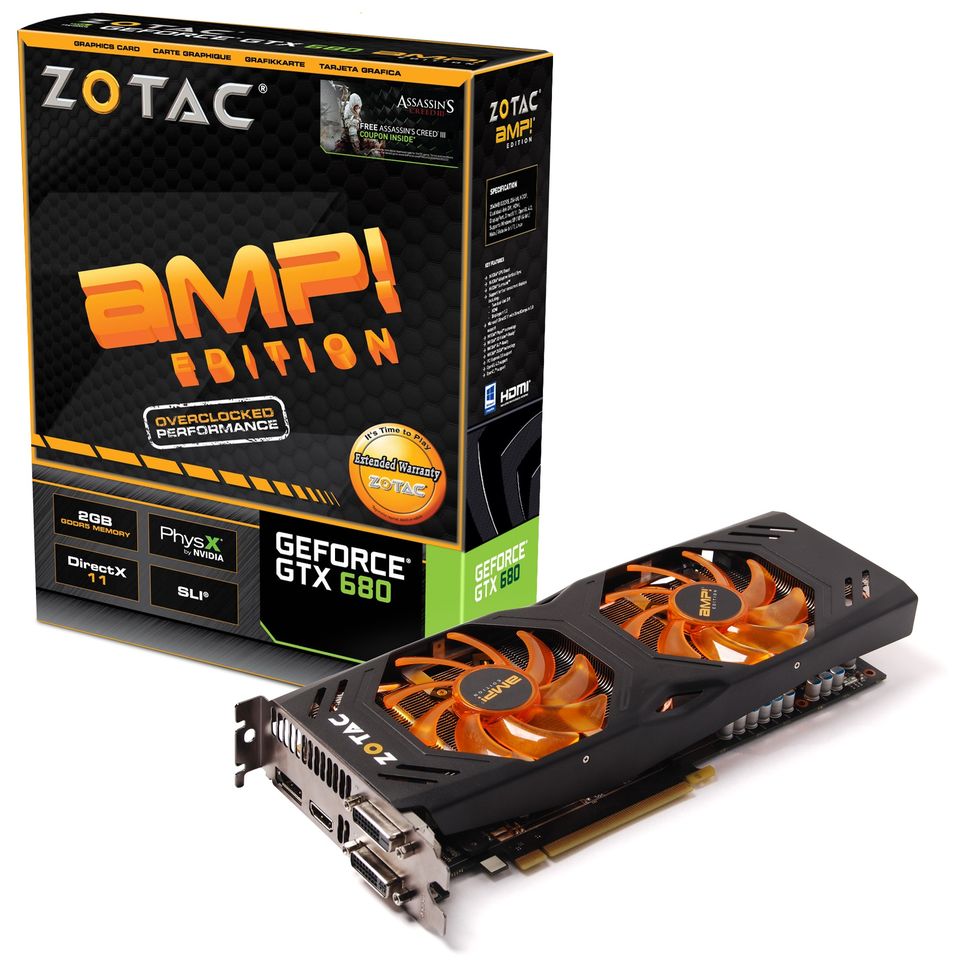 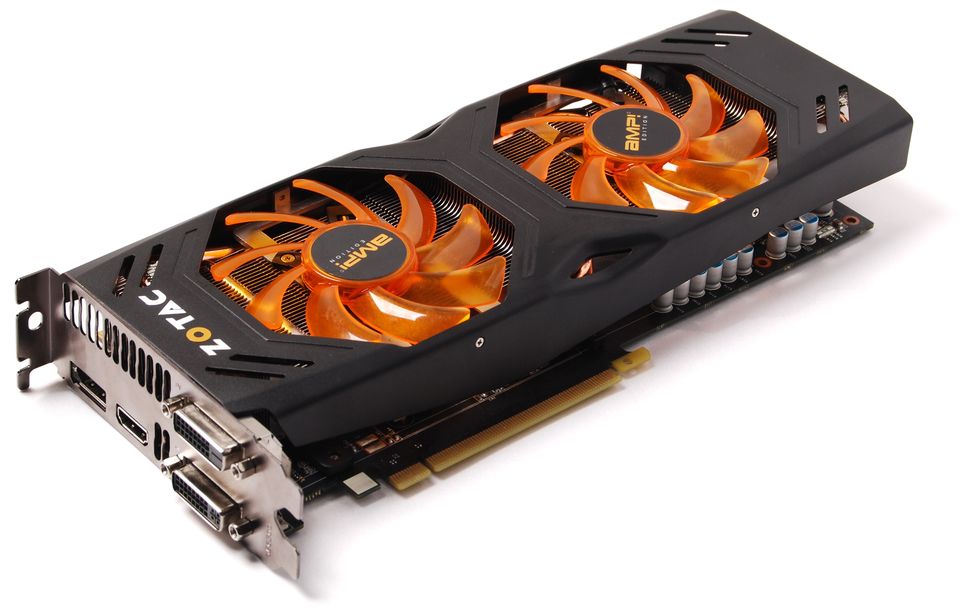 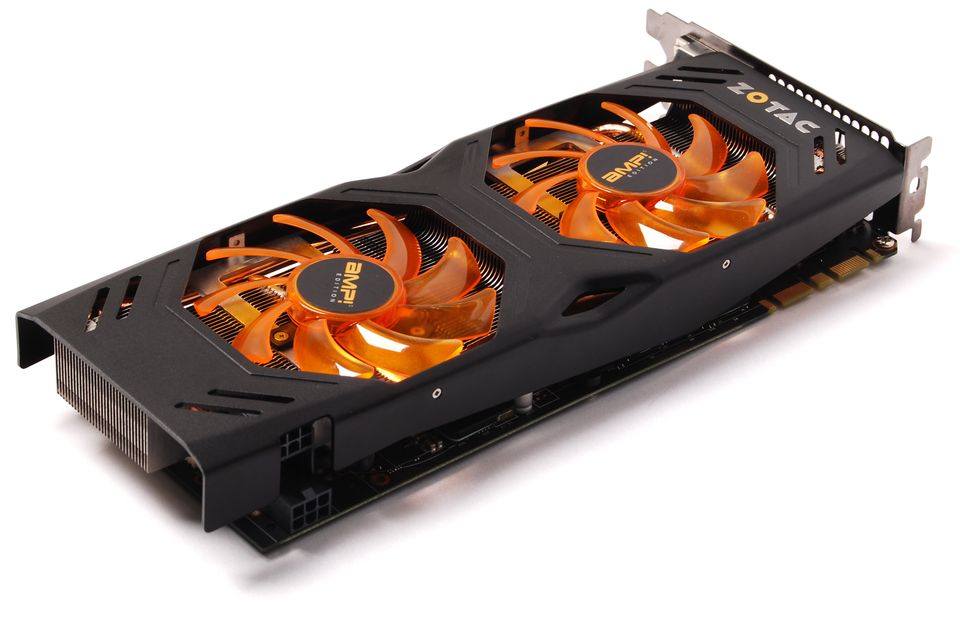