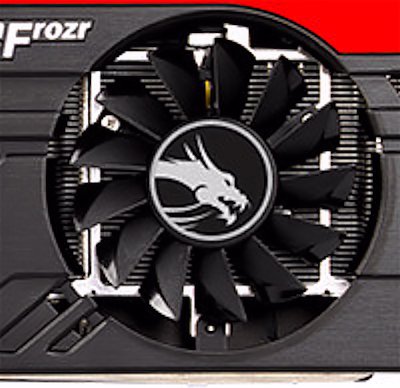 MSI is preparing a new custom version of the GeForce GTX Titan. The picture attached to the press release indicates that the company is readying a new version of TwinFrozr cooler, probably the 5th-Edition.

The new iteration of the TwinFrozr cooling solution will be kept in a red and black color scheme, which will contrast with the yellow Lightning and Blue Hawk/Power Editions. Despite the picture being so small, we can see it’s just a cooler, with no card in the back. Meaning it’s unclear (for now), if the PCB will be modified too. However it would be strange if not, although NVIDIA said AIBs would not be allowed to stray from the reference PCB layout very much at all. What we can expect from this card are quite possibly Military Class III components, increased stock power limit and obviously higher clocks.

Nothing else was said, so we have to wait until CeBIT 2013 to learn more details about this card.