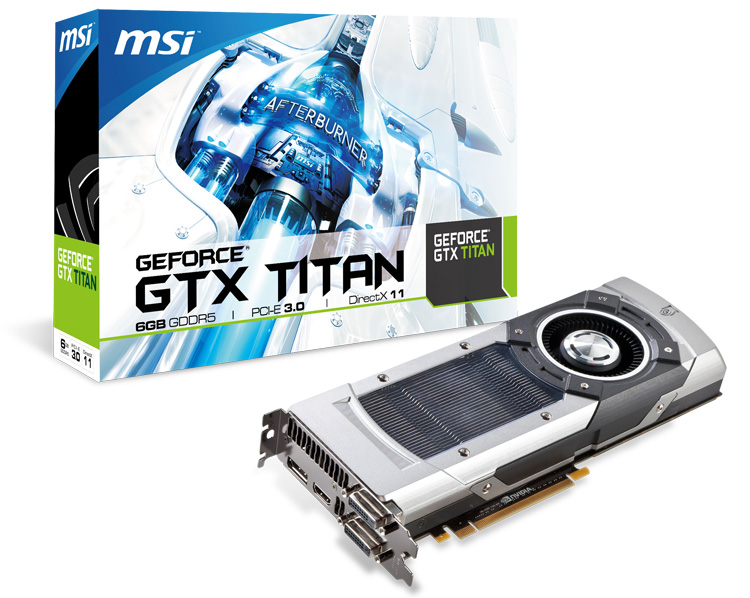 MSI is another company which decided to wait a few days with the official introduction of its new product. MSI, which is known for various high-end custom graphics cards like the GTX 680 Lightning, is also preparing a new flagship based on the newest NVIDIA’s addition to GPU market — GeForce GTX TItan.

According to the picture, the MSI GTX Titan will be a reference model. It turns out that only a few graphics cards from other manufacturers won’t feature a Boost clock, MSI’s card is not one of them, since it’s clocked at two speeds 837/876 MHz. As mentioned in multiple reviews, this clock is dynamically changing, since it depends on the current power load and most importantly – temperature. Sebastian Linus, known from his youtube channel, once said that if the GTX Titan would receive a new cooling system, especially a liquid-based, the card could reach a clock of one GHz without any change to the card. This is just how the GPUB 2.0 works.

As for the card from MSI, as you probably know, it’s based on GK110 GPU with 2688 CUDA cores. The card is equipped with 6GB GDDR5 memory, which is supported by a 384-bit interface (just imagine how fast would it be with 512-bit… unfortunately, it’s not possible with this GPU due to the architecture of the processor itself). Just like all reference cards, this will require 6-pin and 8-pin power connectors. By default it’s equipped with two DVIs, one HDMI and a DisplayPort. Expected MSRP is $999.