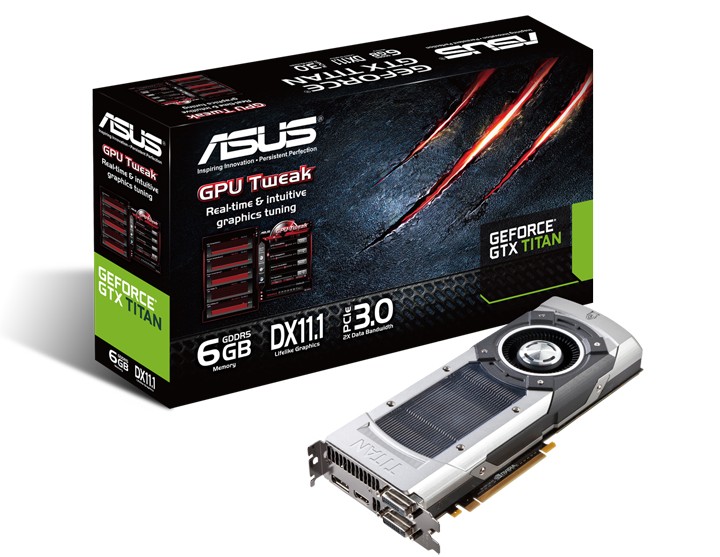 Thanks to multiple leaks, we knew that ASUS is preparing a Titan-based graphics card. Today the company has finally added this card to its lineup. Fortunately, or not, it’s only a reference model.

The ASUS GTX Titan does have a boost clock. Because of that it offers two default clocks of 837/876 MHz, using GPU Boost 2.0. The memory is clocked at 6 GHz, which along with a 384-bit interface gives 288 GB/s of available bandwidth. The card is equipped with the latest addition to the consumer market — Kepler GK110 GPU. Interestingly ASUS is the only manufacturer to claim that their Titan may consume up to 300 Watts of power (250W is default). The company may introduce a custom model too, but so far only the GTXTITAN-6GD5 was added to the site. According to Newegg, the ASUS GTX Titan won’t be available any sooner than March 21st. The MSRP is $999 and you can already pre-order it. 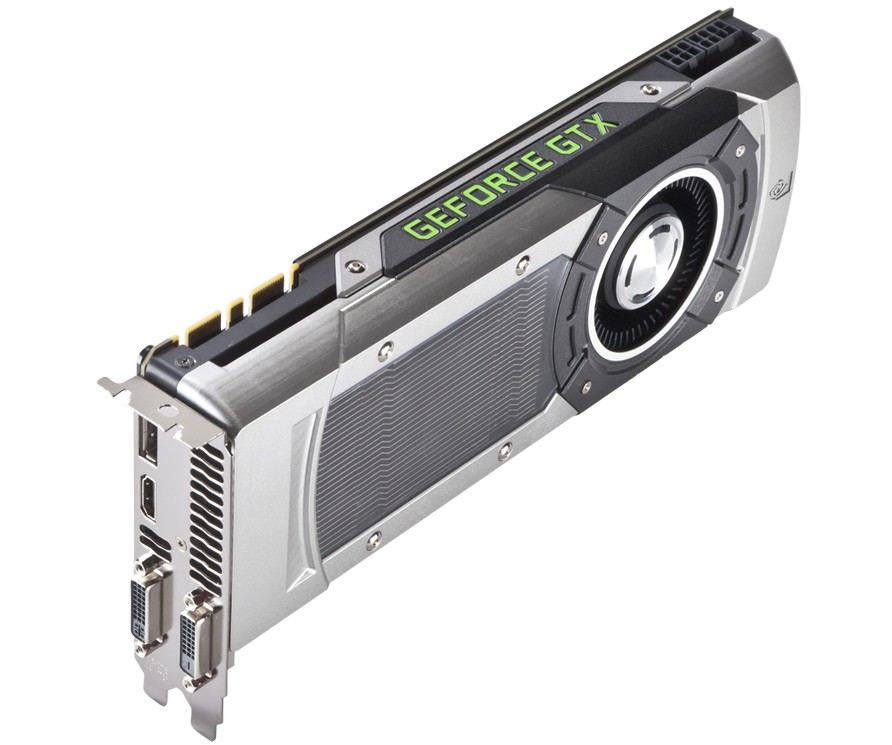 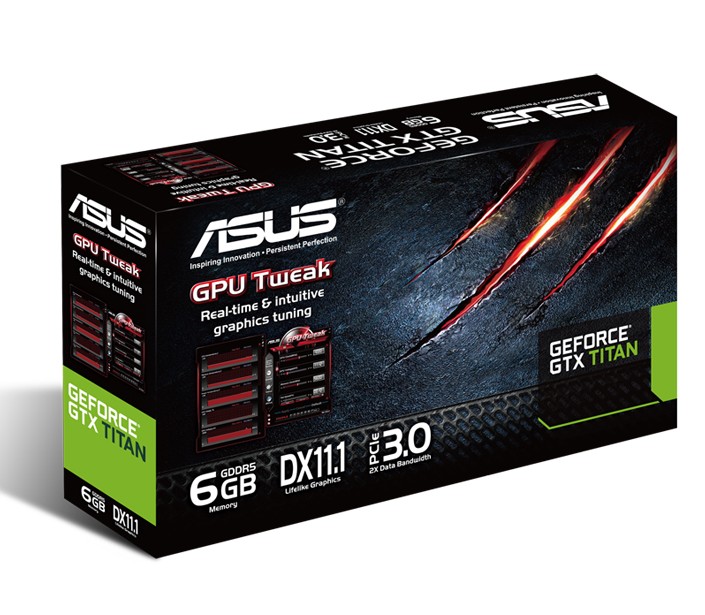 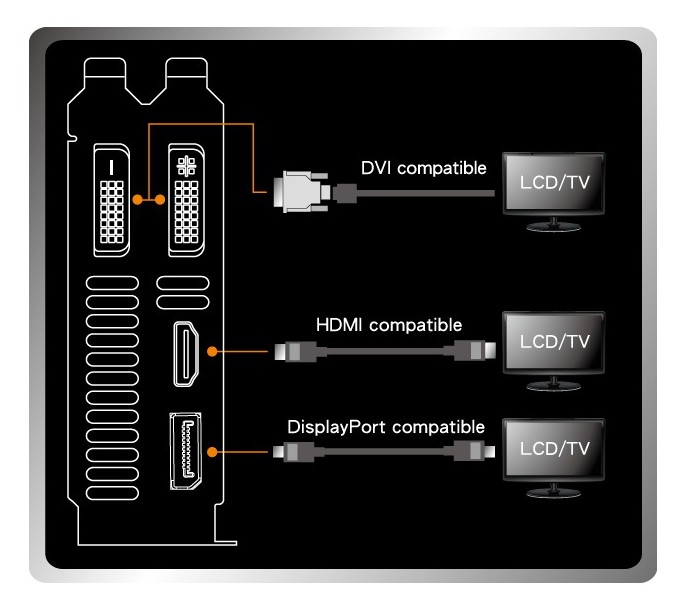