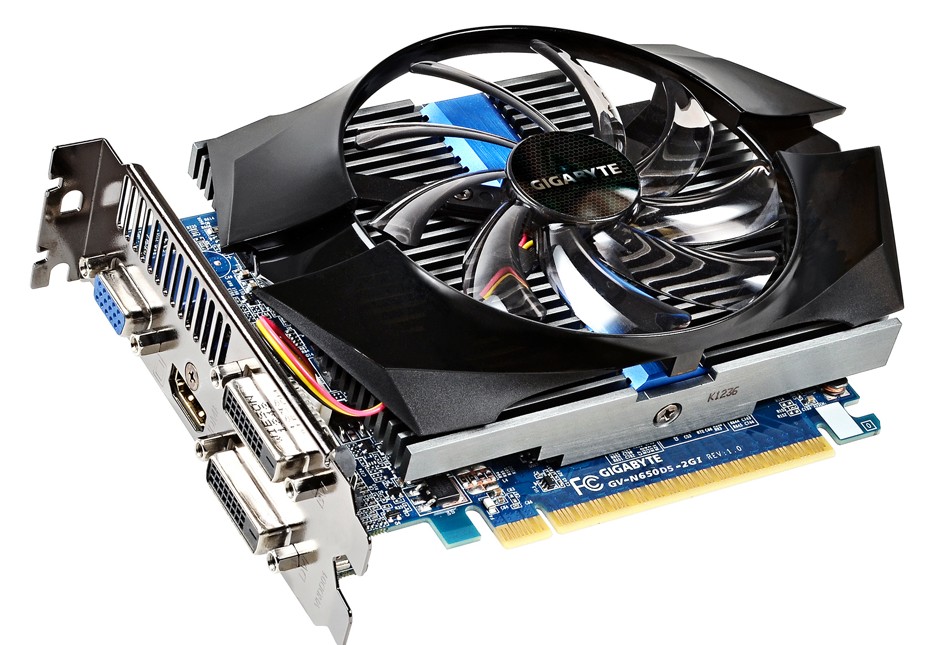 Gigabyte figured since their overclocked GeForce GTX 650 is so popular for budget-gaming enthusiasts and HTPC users, then why not release two other variants, which are technically even slower, but also even cheaper.

The main difference between the new models and the old (GV-N650OC-1GI) is the core clock. The new models will be the non-overclocked versions of the OC Edition launched a few months ago. Both 1GB and 2GB cards are clocked at a 1058 MHz core frequency, which is reference speed for the GTX 650. Since this is not a gaming card, at least not for the latest titles, Gigabyte gave them a ‘HD Experience’ badge, which literally means you have a HDMI output and can play (movies) at high-definition. Both cards have the memory clocked at 5000 MHz, while each of these have a different memory buffer (1 or 2GB). As you probably know, the GTX 650 is based on the GK107 GPU, which has 384 CUDA cores. The biggest downside of the GTX 650 is a narrow 128-bit interface, which chokes performance at higher resolutions — pure HD experience…

The funny part, Gigabyte is using the wrong photograph for their 2GB product on the Gigabyte website. It may seem that the card looks identical to the OC edition, however there is a small difference between them. The new one has a different heat sink, which let’s face it, looks much better now. They probably had to mount a bigger one for better heat dissipation, since the card has more memory chips (dual-sided). Each of these cards uses a 100mm fan, which is probably the main feature of this card. Usually bigger fans means less noise with better thermal properties, so I would take that into account when buying a card.

There were no changes on the bracket, all cards are equipped with two DVIs, one HDMI and a VGA connector. Both models require a single 6-pin power connector. 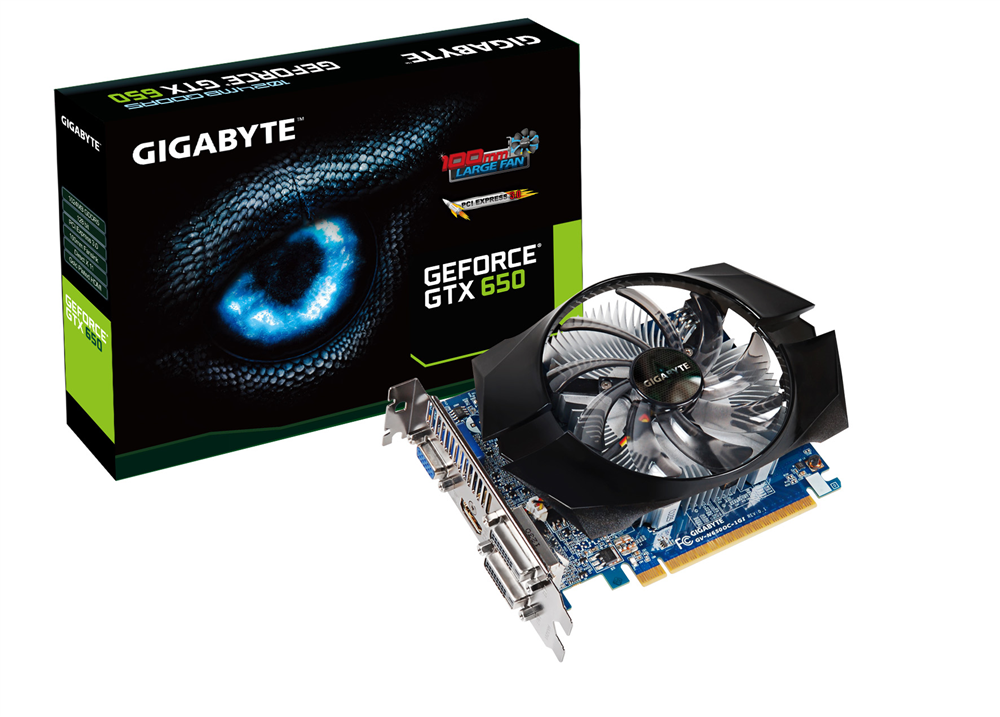 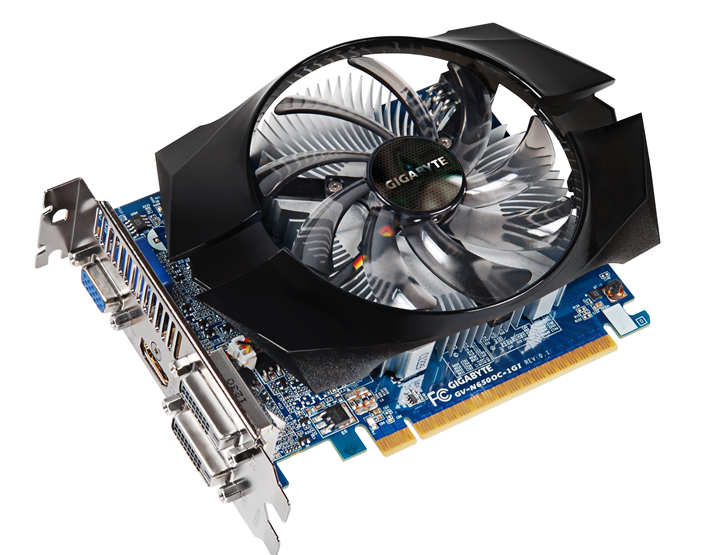 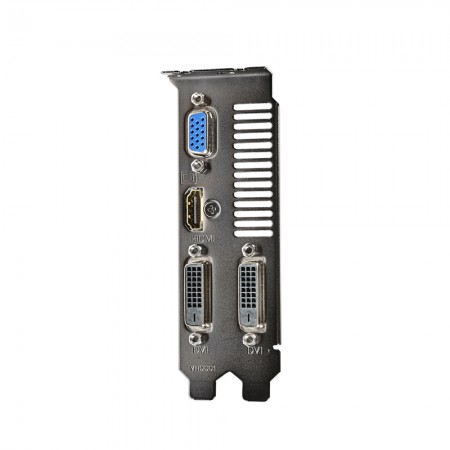