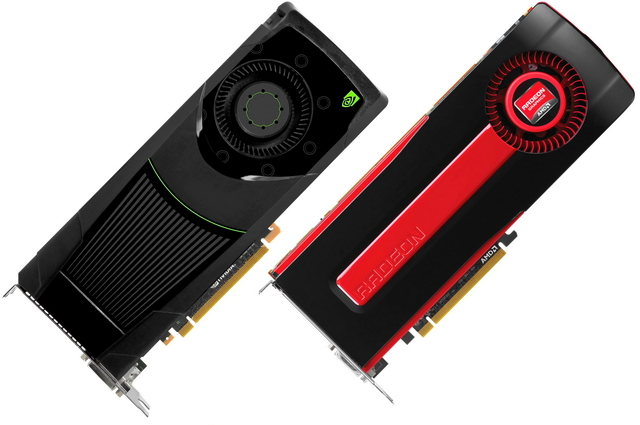 It looks like you may have an extra 8-10 months to save money for your next AMD/NVIDIA GPU upgrade.  Both AMD’s “Sea Islands” 8000 Series and NVIDIA’s  700 Series have apparently been pushed back all the way to the fourth quarter of 2013 according to SweClockers,  or have they?

This comes as a big surprise to both myself and you I am sure, since we had rumors of seeing these card as early as Q1 2013.  On the other hand there is some contradictory info floating around the web, with AMD’s CEO saying the following to XBitLabs just 10 days ago.

“Rory Read – We are introducing strong new APU and graphics offerings in the first half of 2013 that will accelerate our AMD business with the ultimate goal of returning AMD to profitability and positive free cash flow in the second half of this year,”

So maybe there is some hope after all for Sea Islands being released in the first half of the year, but SweClockers must have read the same thing and had a solid enough source to post such a dramatic shift in dates.  Maybe AMD was simply talking about their newest IGP and/or OEM graphics offerings and not their full fledged Sea Islands line up.

NVIDIA on the other hand is just working on a Kepler refresh (versus a new architecture) and this provided some validity to the Q1-Q2  700 Series release rumors that we have heard.  You can’t help but wonder if Titan (GK110 based GPU) has played a role in this major push back of time frames for the 700 Series.  Does this solidify Titan as a GeForce card or has NVIDIA simply run into problems with TSMC yet again?  I for one hope it is the former rather than the latter, so we will finally have a consumer graphics card derived from the beastly GK110 silicon.

You also have to keep in mind Intel is going to be launching it’s new flagship, Haswell, in June this year.  This new CPU will feature the fastest IGP (GT3) ever seen from Intel and is supposedly 2-3x faster than Ivy Bridge’s current Intel HD Graphics 4000 according to AnAndTech’s preview.  This may be why AMD’s CEO is coming out claiming release dates right around the same time period, but why lie just to save face until June?  Or is Rory telling us the truth and SweClockers has this all wrong?

All in all we have many more questions than we do answers and only time will tell what is true and what is false.  Will we see a launch of Sea Islands alongside Haswell?  Will NVIDIA produce the fastest consumer graphics card in the world in just a month or two, but deny us the 700 Series for at least 8 months?  Stay tuned into VC to stay on top of the latest news and rumors to find out.