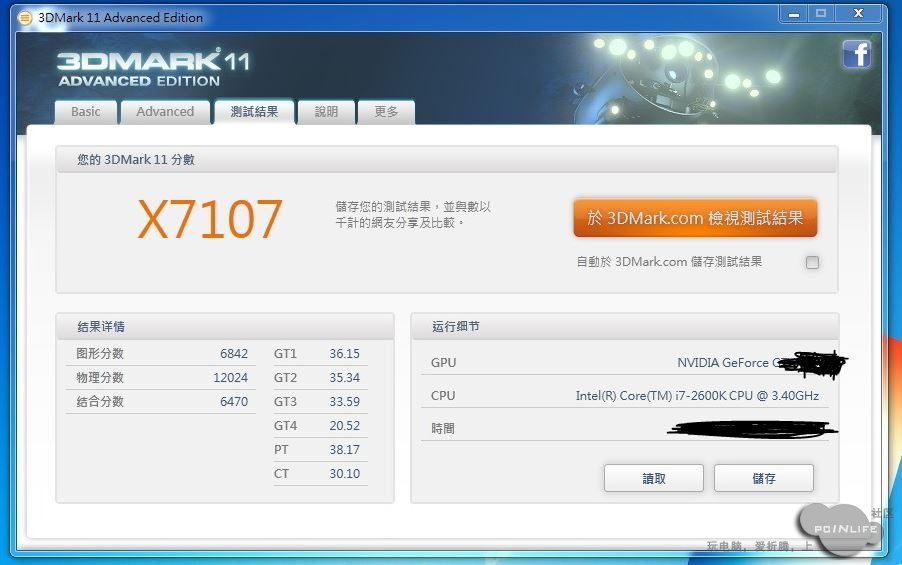 It seems that the rumors about a new NVIDIA flagship model are true after all. The GeForce Titan should now be considered as the fastest Single-GPU graphics card ever made.

PCONLINE posted a screenshot of the 3DMark11 benchmark result. While the name of the card is not yet clear at the moment, since it’s hidden, we can clearly see that the performance shown on the allegedly valid picture are far beyond the range of all other consumer graphics cards currently on the market.

The question to be asked is: how is that possible? Is this card the real deal or are those pictures made up? First off, it’s possible, since the higher SMX count and wider bandwidth truly uncaps the performance of Kepler and allows the architecture to stretch its legs. It’s quite shocking that this cards beats SLI GTX 680s and even the $1000 GTX 690. However, I have no confirmation that this card even exists, there is a chance that this is not a real product. On the other hand, multiple sources (which leaked a few other cards weeks before the launch) are now quite certain that the development of this card is at the final stage.

As said in other reports, this new GeForce is not named after the 700 series. What this screenshot reveals though is that it will still use the GTX naming (since there’s a letter G). So there are a few possibilities: it’s a GeForce Titan, it’s GeForce GTX 685 or 695. That’s if the picture shows a finished product, not an engineering sample, then it could just be an error in card identification with 3DMark.

The new flagship model from NVIDIA would be based on the iteration of the Kepler GK110 GPU. This would not be a full chip, since it has been said it will be missing one SMX cluster (192 CUDA Cores), which makes Titan a 2688 core powered card. The card is said to feature 6GB of GDDR5 memory, which would actually be clocked lower than current Kepler cards. There’s very little information about the actual clocks, but if what was said earlier is true, then we are expecting a 732 MHz clock (with no Boost Clock mentioned as of yet, but one should be expected as with all Kepler based GPUs). If the card is throwing numbers this strong at such low clock speeds, imagine what it will do when overclocked. Especially if the card can hit clock speeds similar to the rest of the Kepler family, with 1GHz Core clocks and 7GHz VRAM. However what will the temperatures be like and at what TDP?

According to multiple sources the Titan would arrive in late February for a price of $900.

So what you guys think about this card? Should we treat this post with a grain of salt or actually a bag of it?