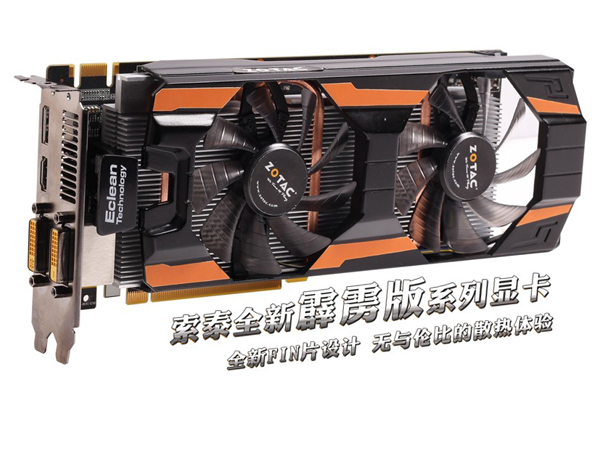 Guys from Expreview got the opportunity to make release some pictures of the new ZOTAC graphics card. As far as google translate works, it would be called Thunderbolt, just like the new interface for high-speed data transfer.

The design of the card is definitely refreshed, especially with the new black and orange theme. In comparison to previous GTX 660 cards from ZOTAC, the Thunderbolt is slightly longer card. You can easily notice an ECLEAN technology mentioned on the cooler shroud (it’s actually a button to press). This system is nothing more than just the mechanism for quick shroud removal (for cleaning purposes). This gives a full access to the large heatsink, which is also something new. The copper plated heatpipes were integrated with the aluminum heatsink providing a flat surface positioned right over the GPU. Also the 0.3mm aluminum fins were resized to 0.8mm and connected to the heasink as a one piece.

The ZOTAC GTX 660 Thunderbolt is featuring a default clocks of 980/1033/6008 MHz (base, boost, memory). Card is equipped with 2GB of GDDR5 memory accross 192-bit interface. Surprisingly it only requires one 6-pin power connector. Additionally it offers four display outputs, including: two DVI’s, HDMI and DisplayPort. Most likely this card will never reach an international market — it’s an exclusive model for China. 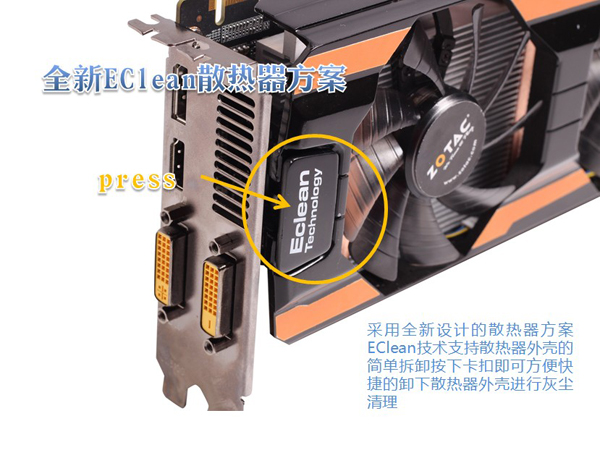 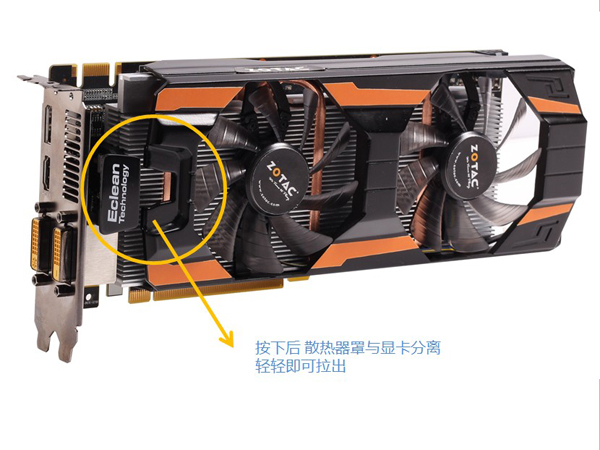 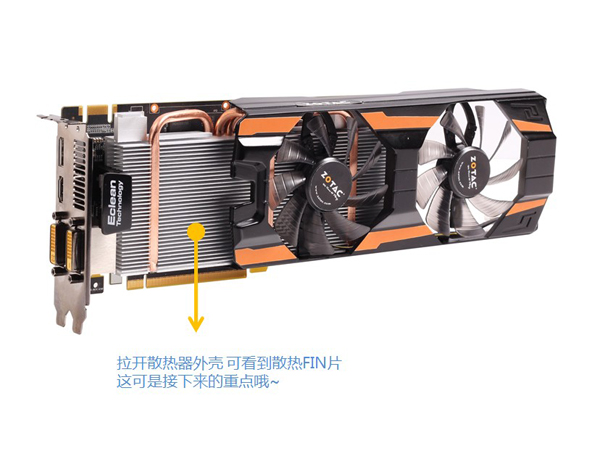 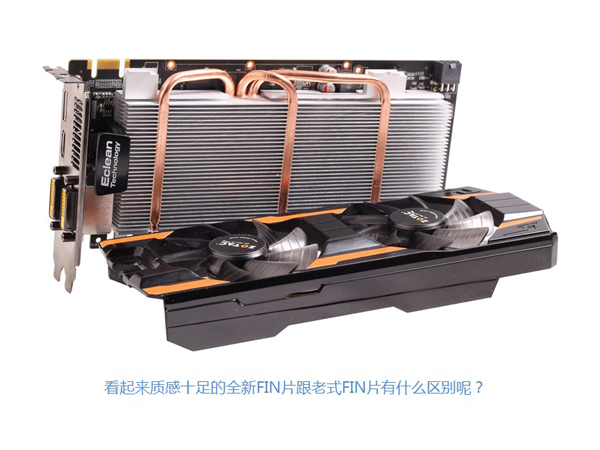 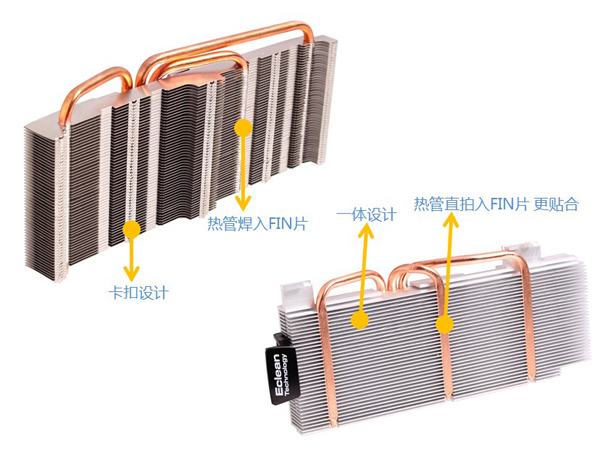 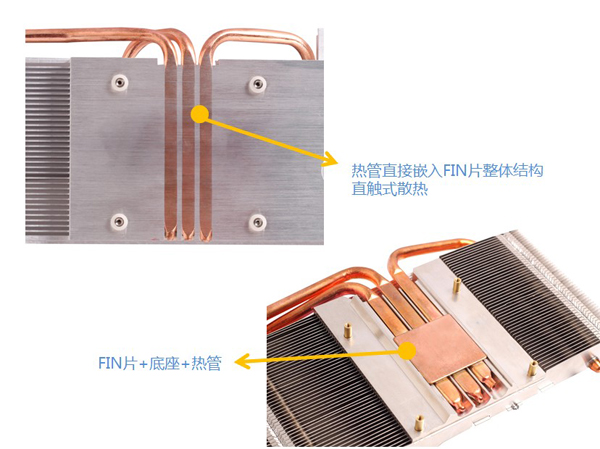 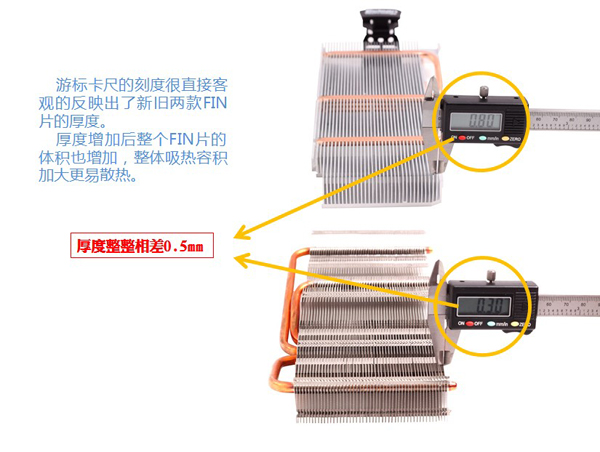 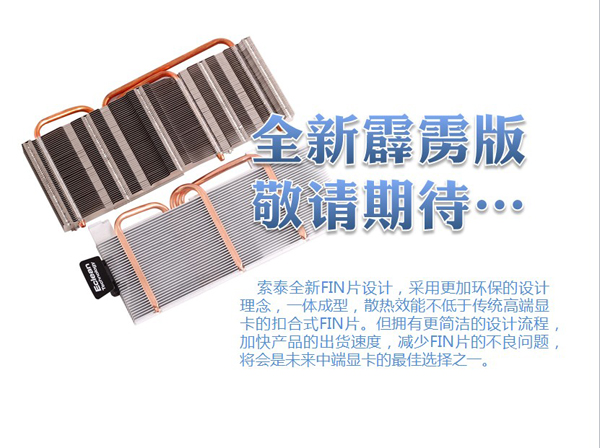 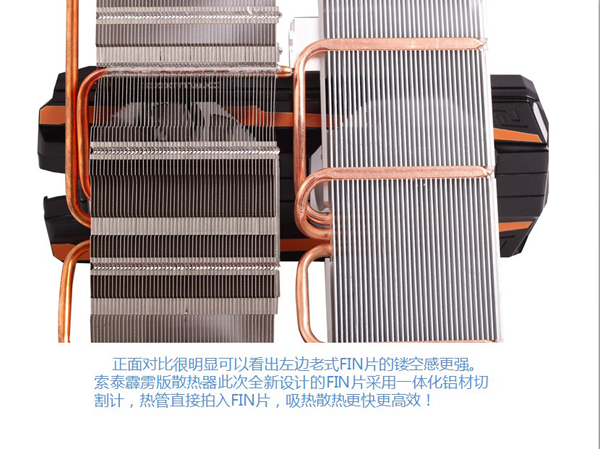