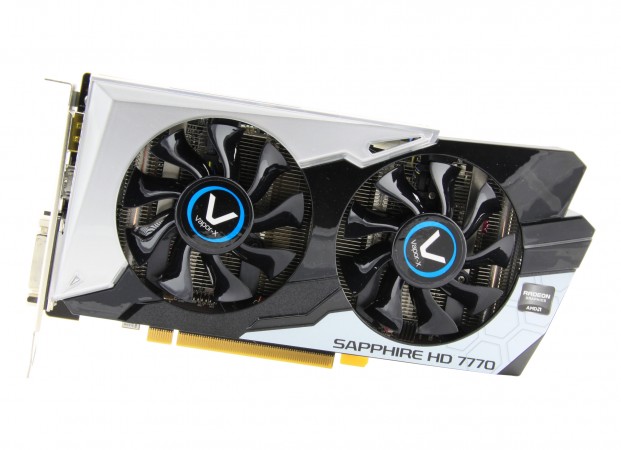 It’s been a while since we saw a custom model launched by Sapphire. Aside from FLEX, OC another Vapor-X model, this will be a seventh model based on Radeon HD 7770 GHz Edition.

In comparison to the original product, the HD 7770 Vapor-X Black Diamond received a black color of the PCB, while retaining the original design. At least from what is visible at those pictures there are no other changes. As for the configuration, the Black Edition is actually slower than its previous variation. Card is clocked at 1150 MHz (while the original Vapor-X has 1100 MHz), and the memory at 1300 MHz (5200 MHz effective). Card is equipped with 1GB of GDDR5 memory and 128-bit interface.

The Sapphire HD 7770 Vapor-X requires one 6-pin power connector, while offering a typical set of outputs: two DVIs, HDMI and DisplayPort. The price and availability is currently unknown, card is not even listed at the English Sapphire website, just the Chinese version. 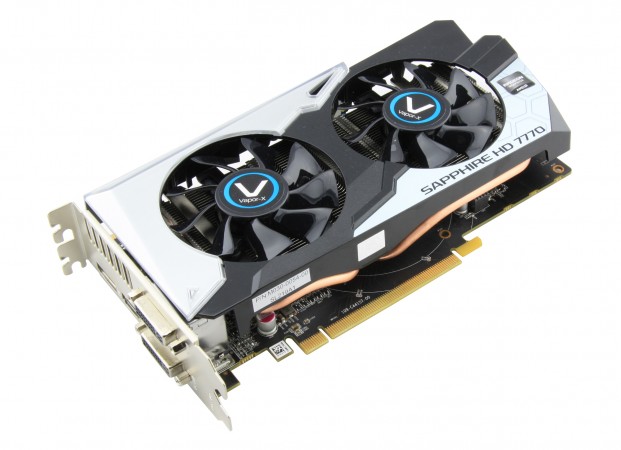 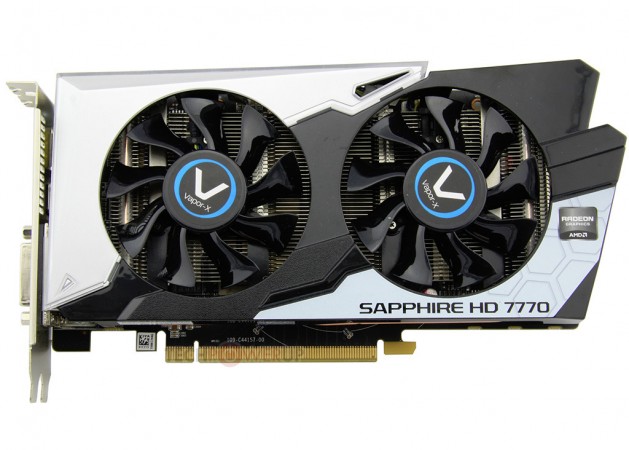 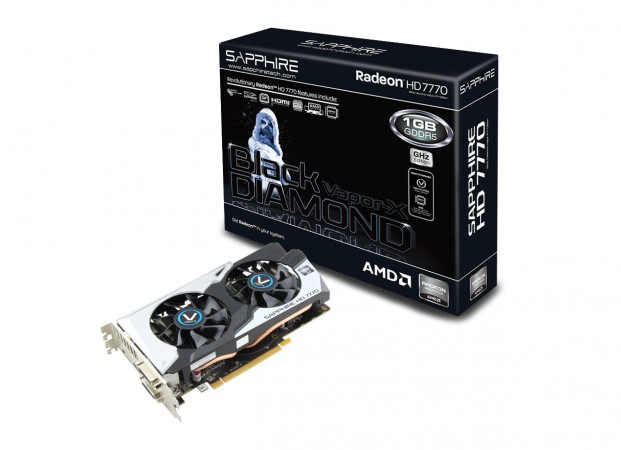 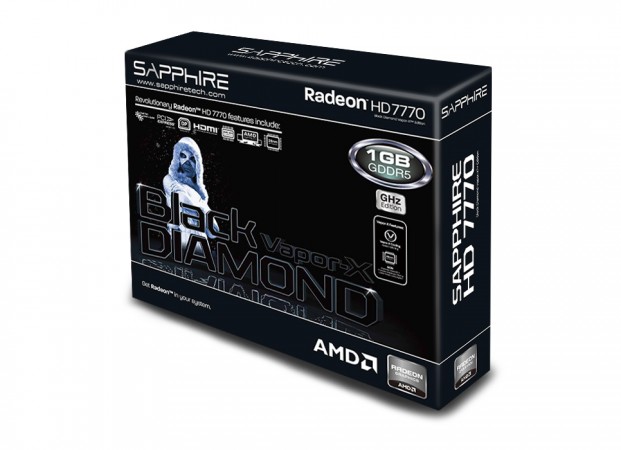