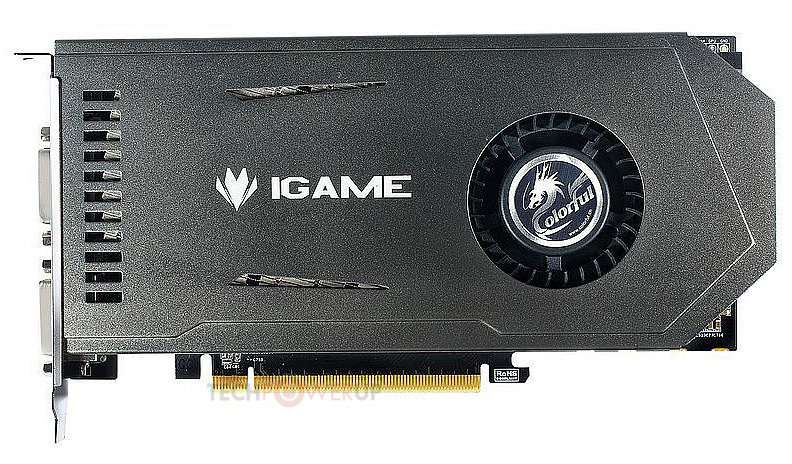 No ordinary solid capacitors are used on this card, but only high-C POSCAP capacitors, and with the high efficient ON-SEMI MOSFET, it has 3+1 phases of VRM. The chokes are installed through the PCB, they are based on penetrated design, so it could maximum improve the thermal performance of the card.

The heat-sink is made up by a copper base, aluminum fins and a turbofan. The shell of the heat-sink is made of Aluminum, which looks stylish and helpful for the heat radiation. The iGame GTX650Ti Buri-Slim is set the core clock for 928 MHz and memory clock for 5400 MHz. It has two of EMI-shield Dual-link DVI ports and one mini-HDMI port. 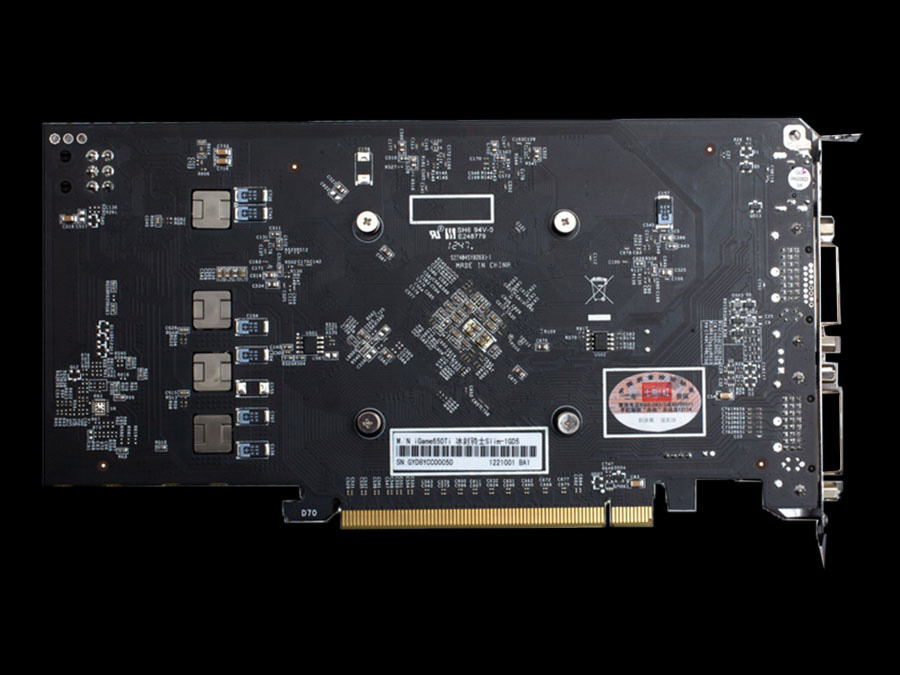 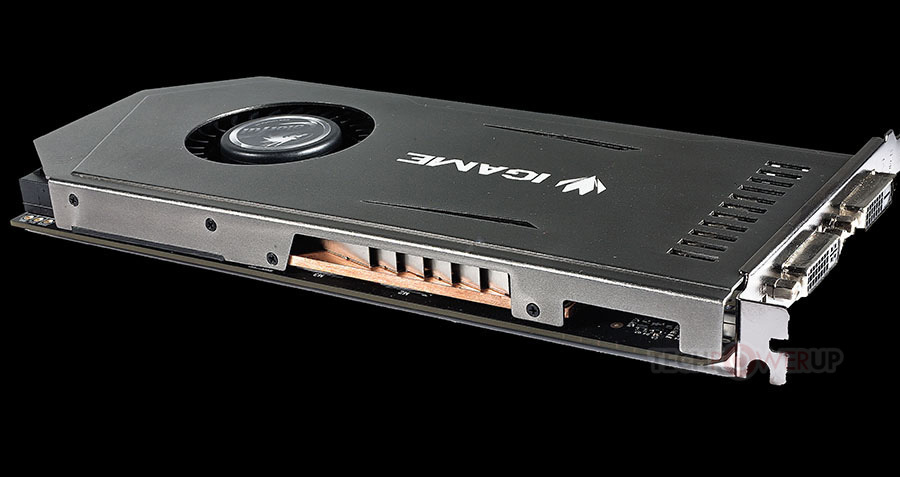 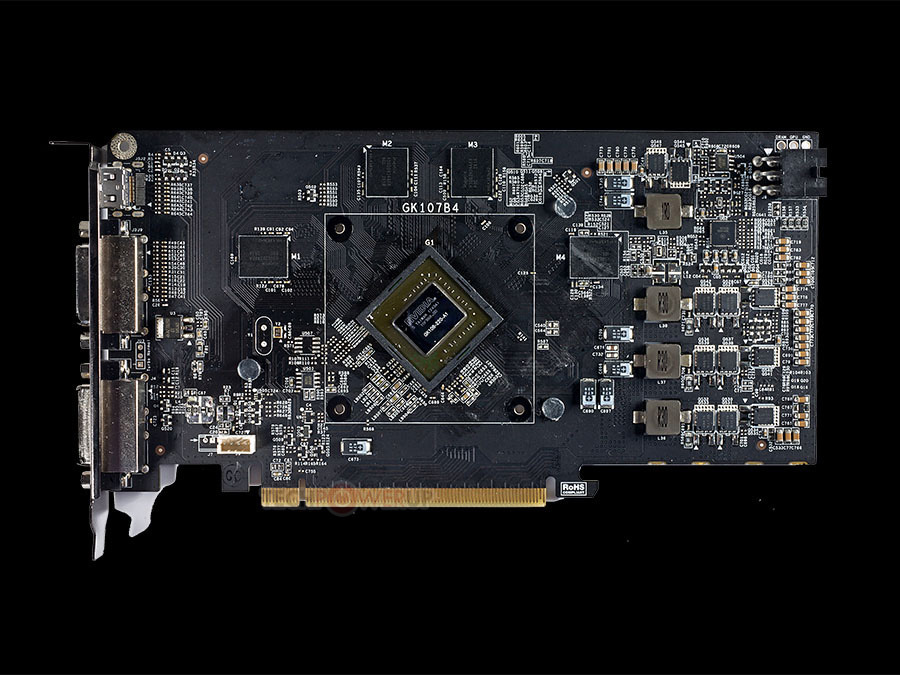