A PCB shot of the latest addition to the ASUS Republic of Gamers has surfaced. I have not seen this picture in high-def so I thought it might be good to share it.

The ARES2 is dual GPU graphics accelerator based on two Radeon HD 7970 GHz Editions. The picture reveals what could be a very complex single-PCB dual-GPU board, with perhaps the strongest VRM to drive the CrossFire-on-board setup. The ROG Ares uses two AMD Tahiti XT2 GPUs that run at high clock speeds, with even more overclocking potential on offer. Card is clocked at 1050/1100 MHz for base and boost clock respectively. The picture reveals that ASUS has made extensive use of digital PWM circuitry, giving each GPU a 8-phase vGPU and 2-phase vMem. Each zone has its own voltage controller. Power is drawn in from three 8-pin inputs.

Here’s the official description of the PCB:

DIGI+ VRM with 20-phase Super Alloy Power
Precise digital control enhances performance, reliability, and card longevity
ARES2-6GD5 is built with carefully-designed massive 20-phase power delivery, unmatched by any other graphics card for the ultimate in performance and spectacular power delivery. This ensures ample room for experimental performance tuning, as its DIGI+ VRM digital voltage regulation design augments precision overclocking capabilities, which are further supported by the use of hardened Super Alloy Power capacitors, chokes, and MOSFETs. These components are forged under extreme pressure and temperatures to increase reliability, power output, and overall card lifespan while eliminating bothersome choke buzzing noise, unlike much tamer reference cards. All these and more enable the absolute best in overclocking potential and experience.

Each GPU is wired to Hynix H5GQ2H24AFA GDDR5 memory chips, 12 on each side of the PCB (interesting fact: the same chips are used on GeForce GTX 660 Ti). The card is using PLX PEX8747 module, which is widely spread across Z77 motherboards, providing 48-Lanes and 5-Port PCI Express Gen 3 (8 GT/s) Switch.

As you can see there’s also a performance graph, this would be a 3DMark11 Extreme Preset. There’s a similar at the ASUS ARES2 (ARES2-6GD5) website, but with no numbers.

Display connectivity includes one each of DVI-D, DVI-I and four DisplayPorts. ASUS announced that this card will be released in a limited quantity, as for the price and availability date you have to wait a bit longer for actual verification. 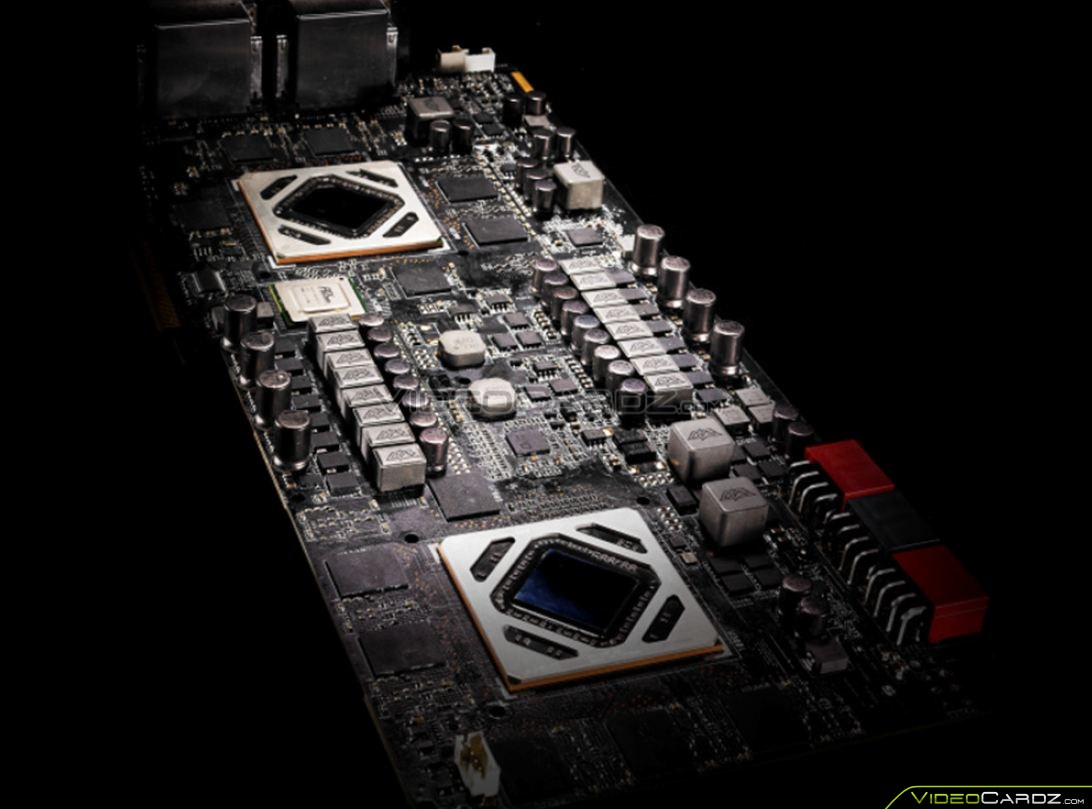 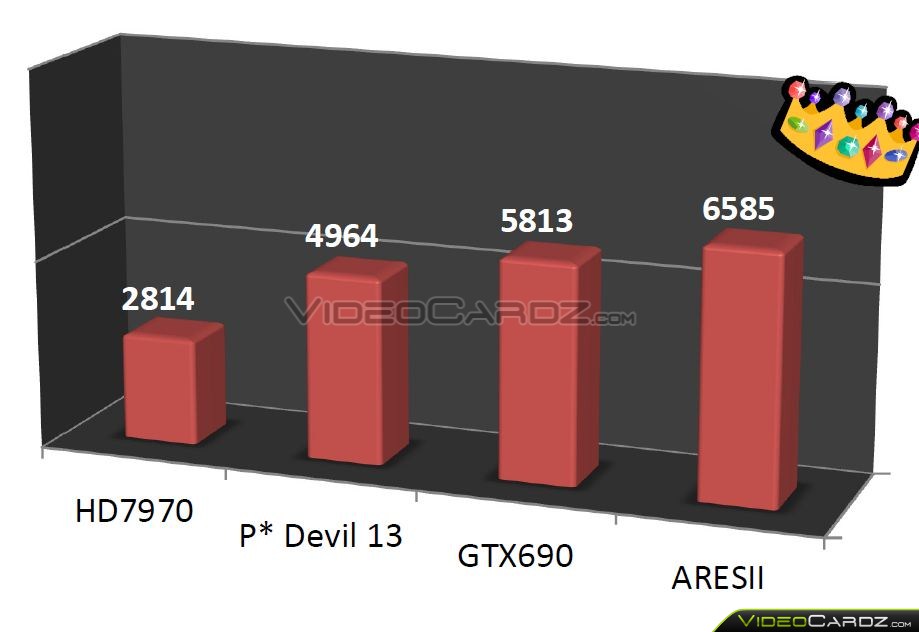 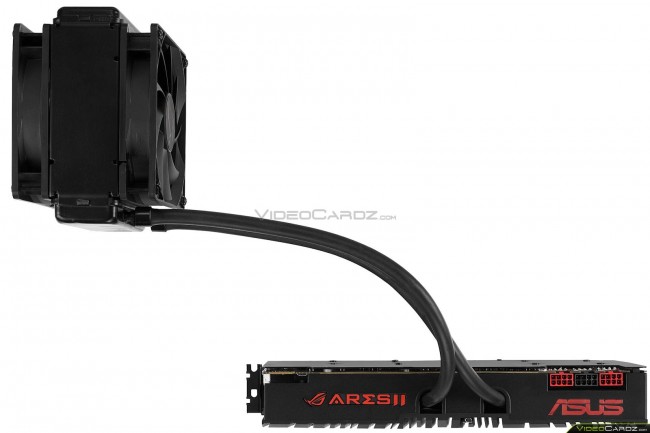 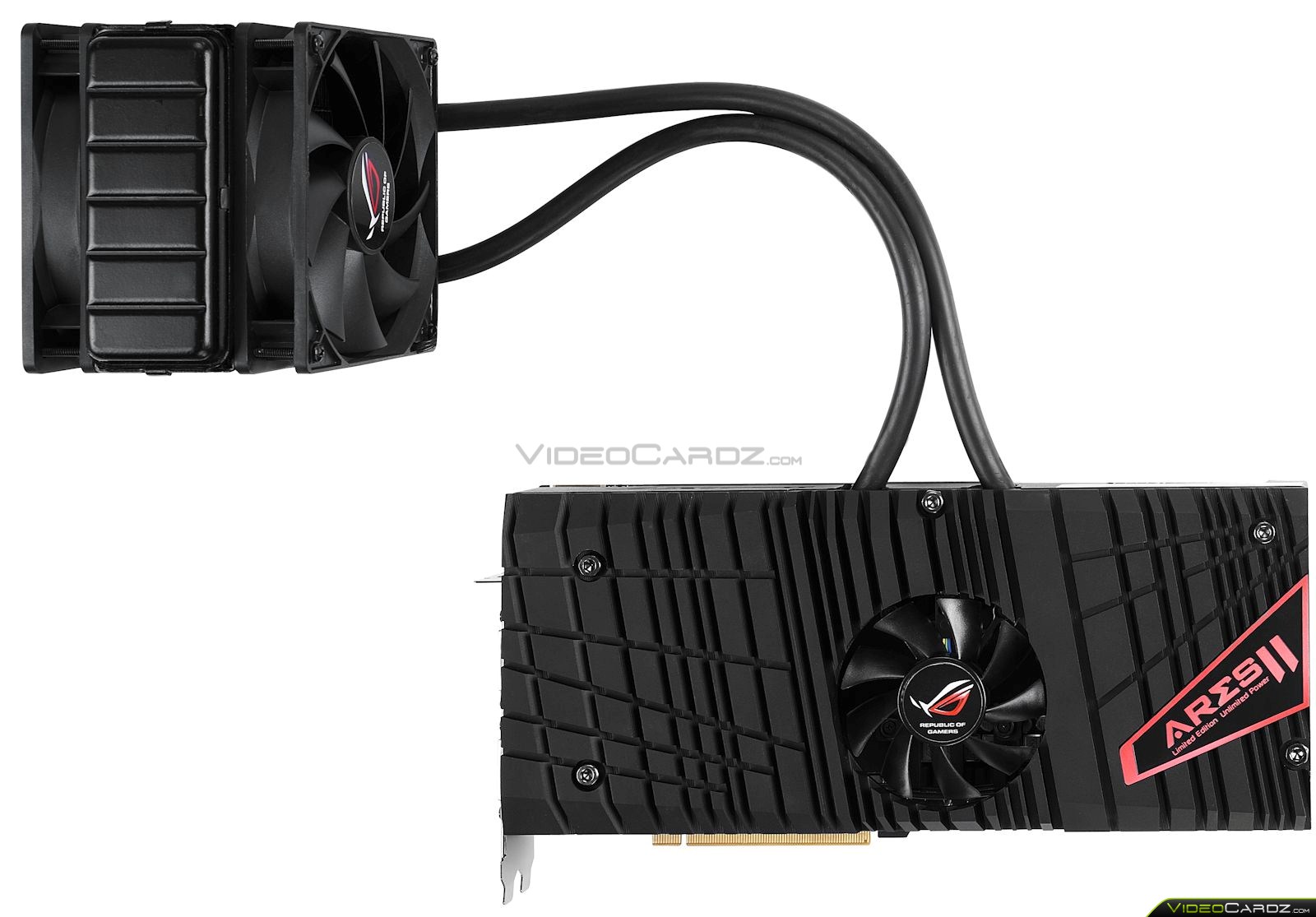 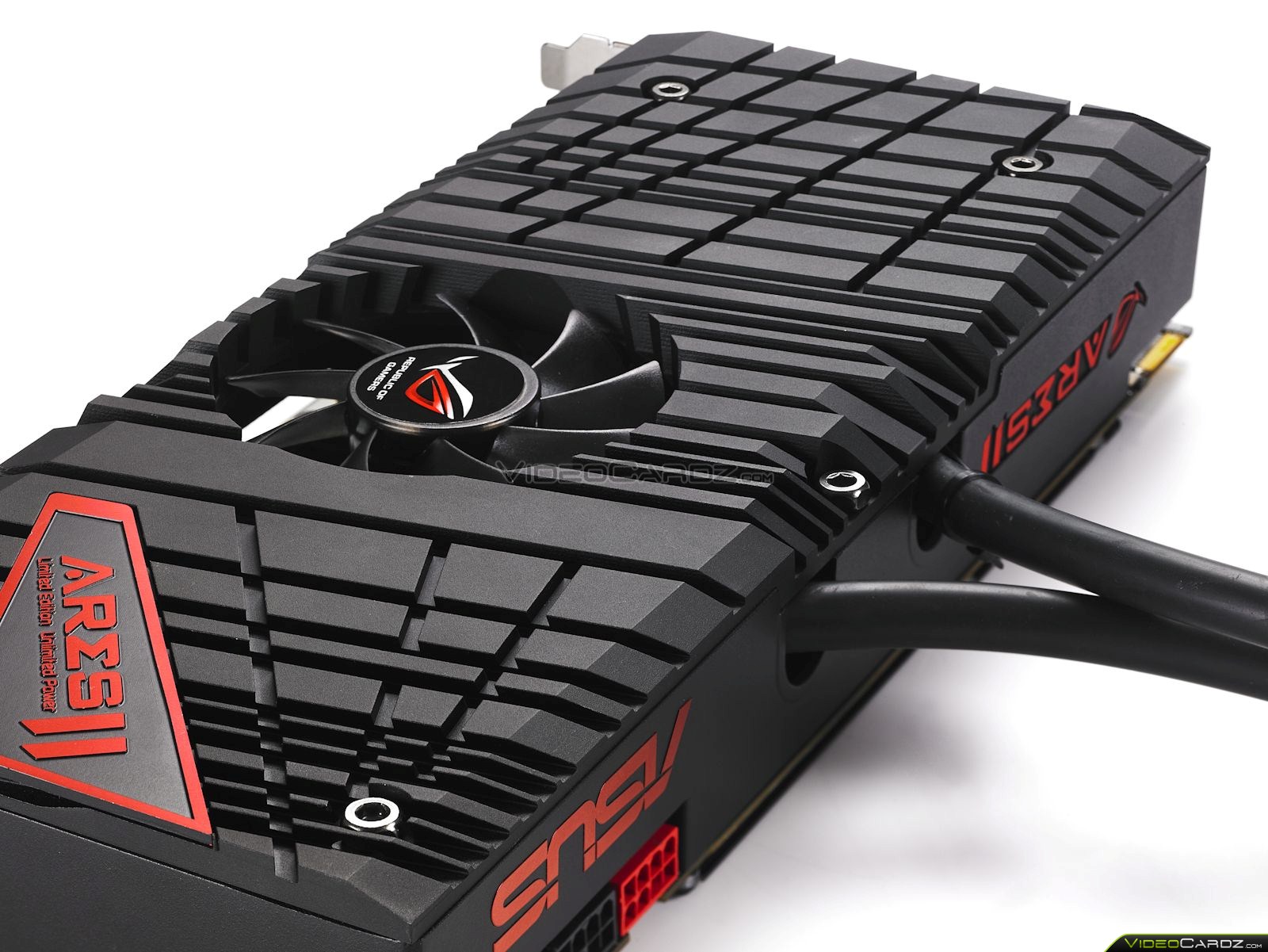 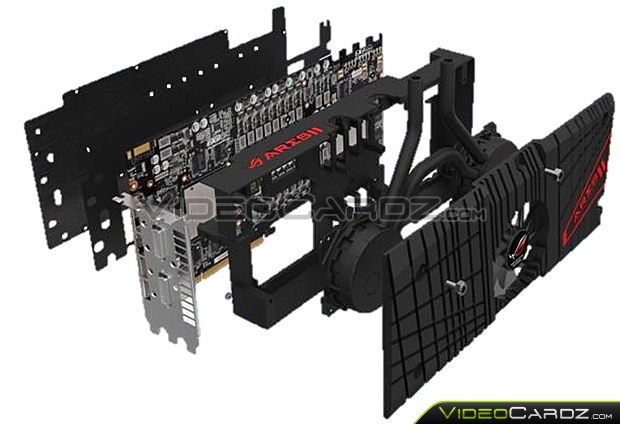 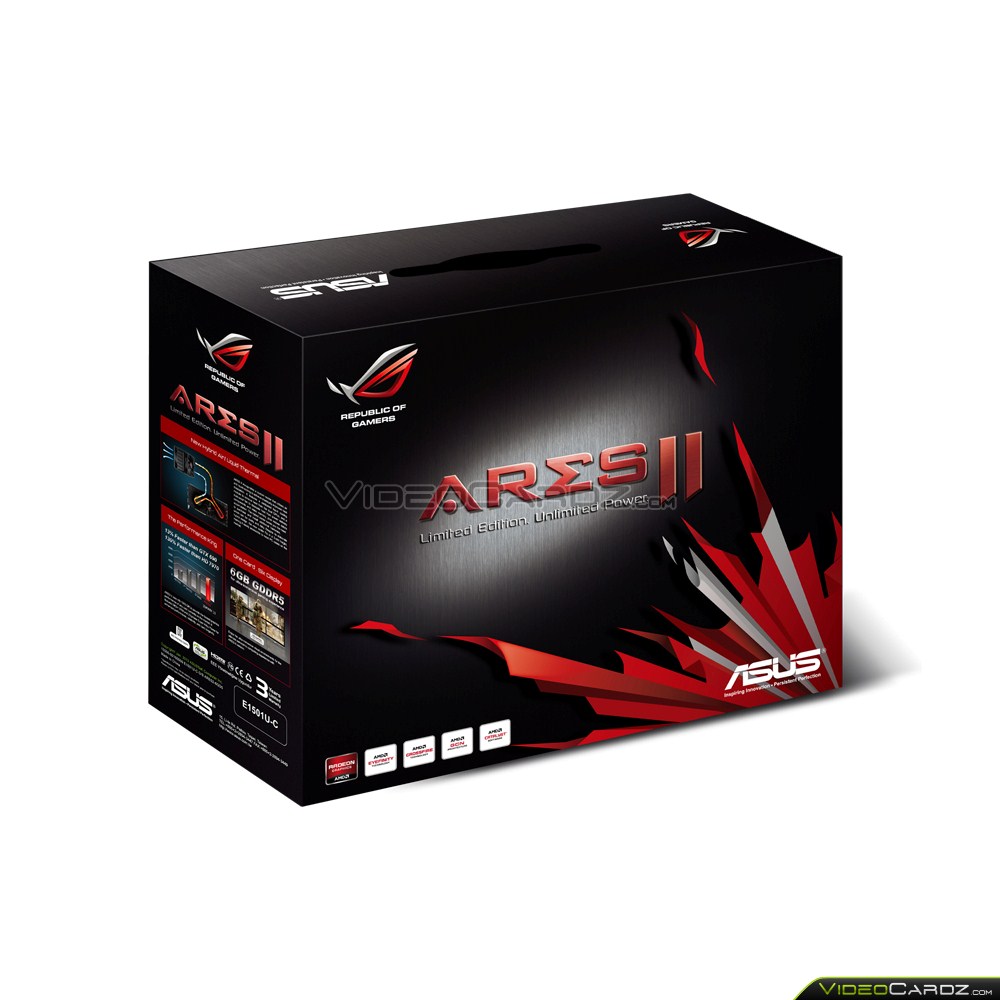 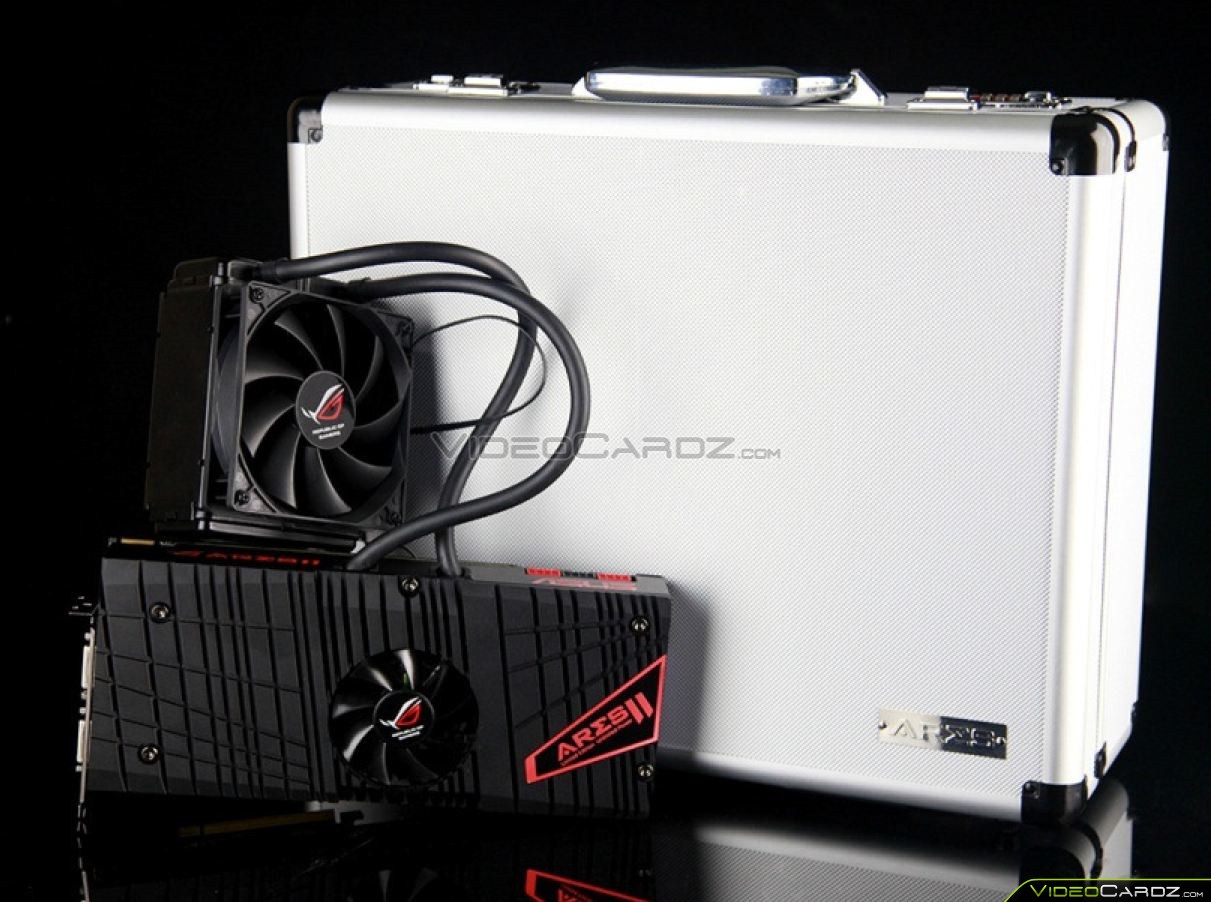 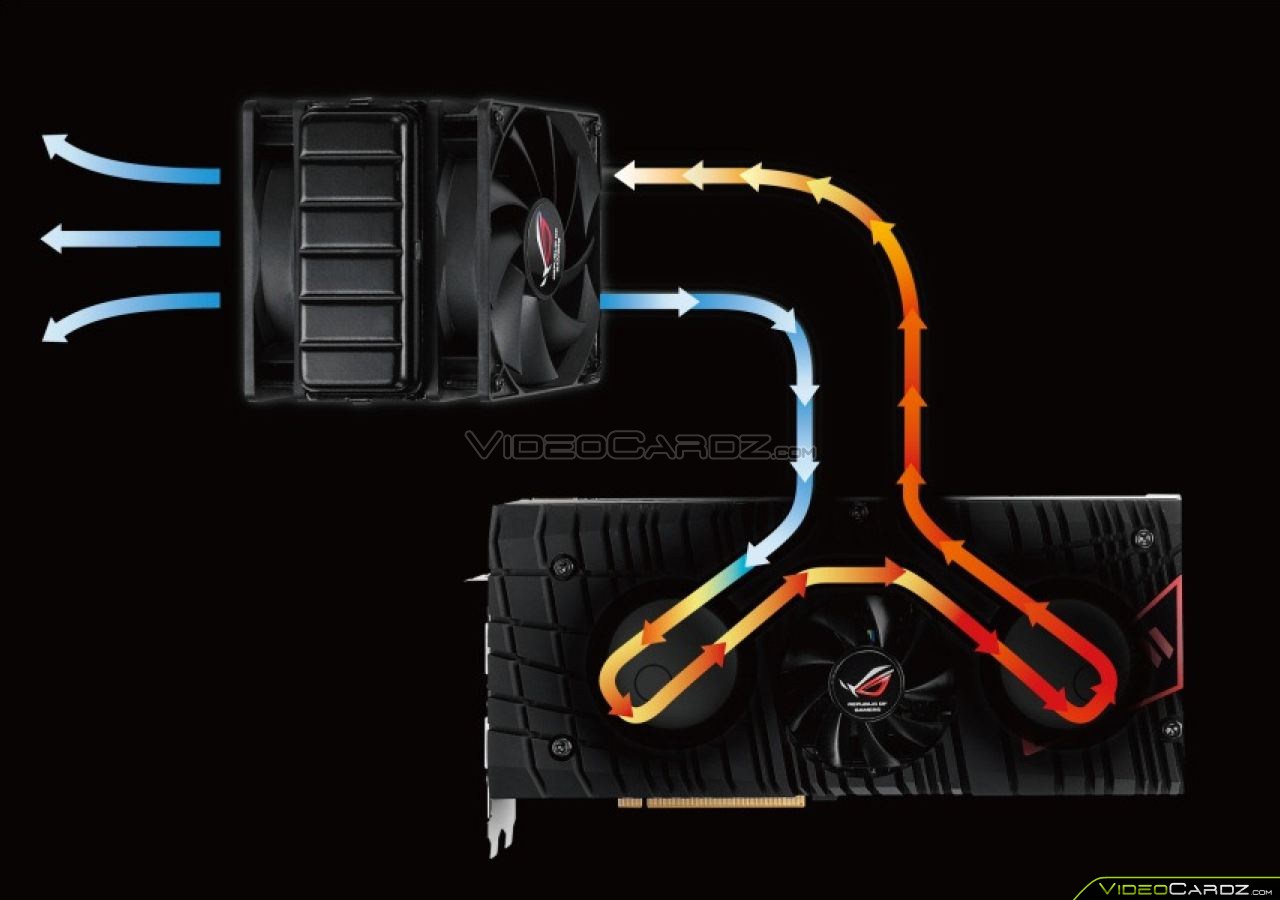 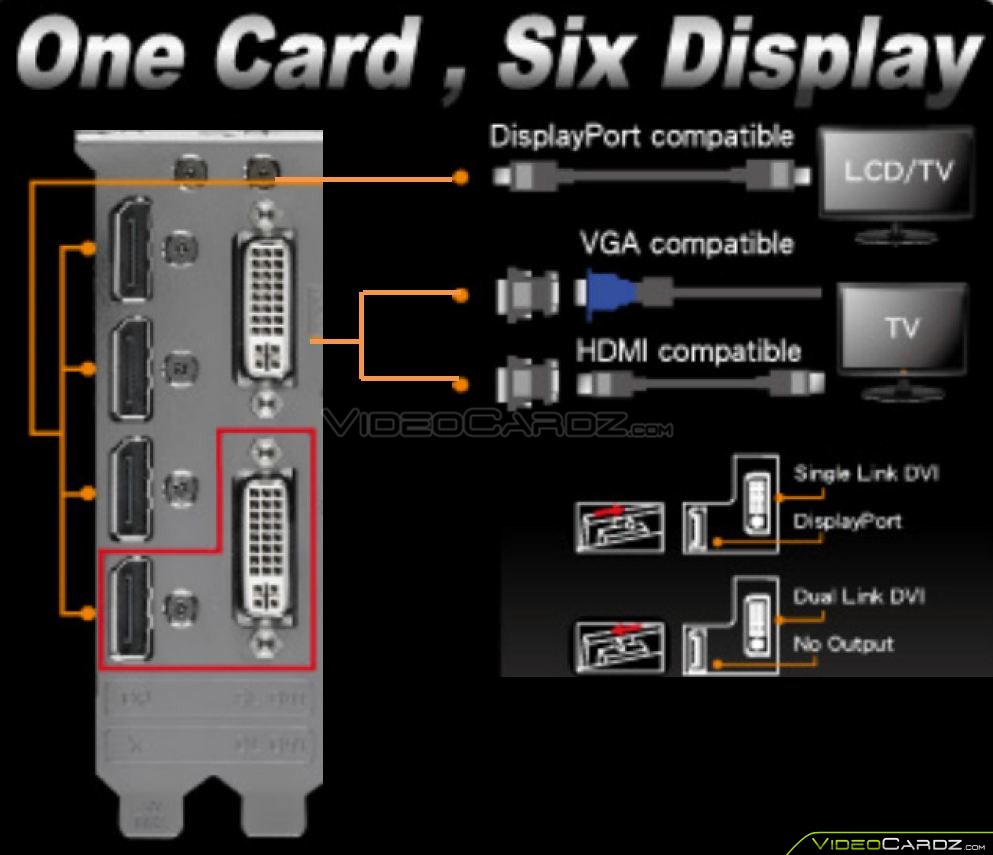 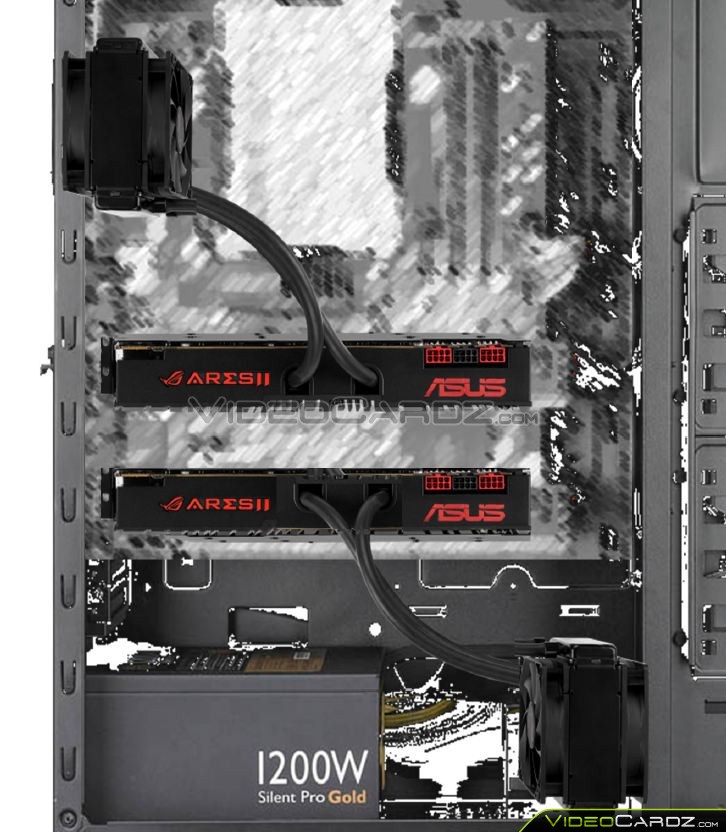