There are a huge variety of graphics cards designs, in which most are dark shaded themes. If you were expecting an all-white graphics card for your Christmas rig, KFA2 might have something that will fit perfectly into it.

A European sub-brand of Galaxy has prepared the all-white version of their GeForce GTX 680 graphics card. The card comes with a white PCB and a white triple-fan cooler. The previous edition of LTD OC card also had the white PCB, but instead had a black cooler. Furthermore in comparison to the earlier model, this one is also modified in terms of the clocks speeds. The card has been overclocked to 1150 MHz for base clock and 6 GHz effective for the memory clock (the boost clock is yet unknown). KFA2 GTX 680 OC V4 has 2GB of GDDR5 memory, which is probably enough for most gamers. The card has four display outputs, including three mini-HDMI’s and one DisplayPort.

The price is still a mystery, but according to the source, we should not expect a higher tag than £450. 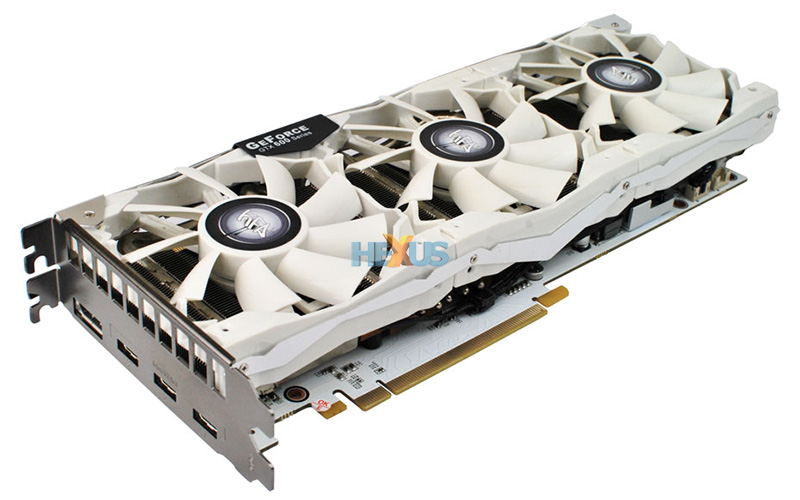