Almost everyone that reads this site has heard of the upcoming GPU from NVIDIA, Maxwell. Well we have new information regarding the fabrification to be used on Maxwell and who will be producing it.

Maxwell, to arrive in 2014, is going to be made on a 20nm fab (vs. 28nm Kepler) and Taiwan Semiconductor Manufacturing Company (TSMC) will be the foundry of the GTX 880. NVIDIA apparently looked at multiple foundries and I don’t blame them after stories such as this came out. Nevertheless, NVIDIA decided to stick with TSMC for this new architecture and process, lets hope this does not come back to bite them. Maxwell is part of a very crucial project for NVIDIA, codename Denver, for multiple reasons, but mainly this will be the first GPU to feature a 64-bit ARM “general-purpose core”. This general purpose ARM core is to help Maxwell progress the GPU into a more autonomous interaction with the CPU. It will be interesting to see how this ARM core will effect overclocking and if you will be able to overclock the ARM core in anyway. This reminds me a lot of Lucid’s Virtu MVP and HyperFormance  and how they use the IGP to speed up the GPU by using the two together. However Maxwell will be using the ARM core on the same die as the GPU and this is very promising for GPU performance in both gaming and general computing application. This new component in GPU architecture should help performance per watt continue to progress as it has and possibly turn over a new leaf completely with the GTX 880s power consumption, such as indicated by the roadmap. 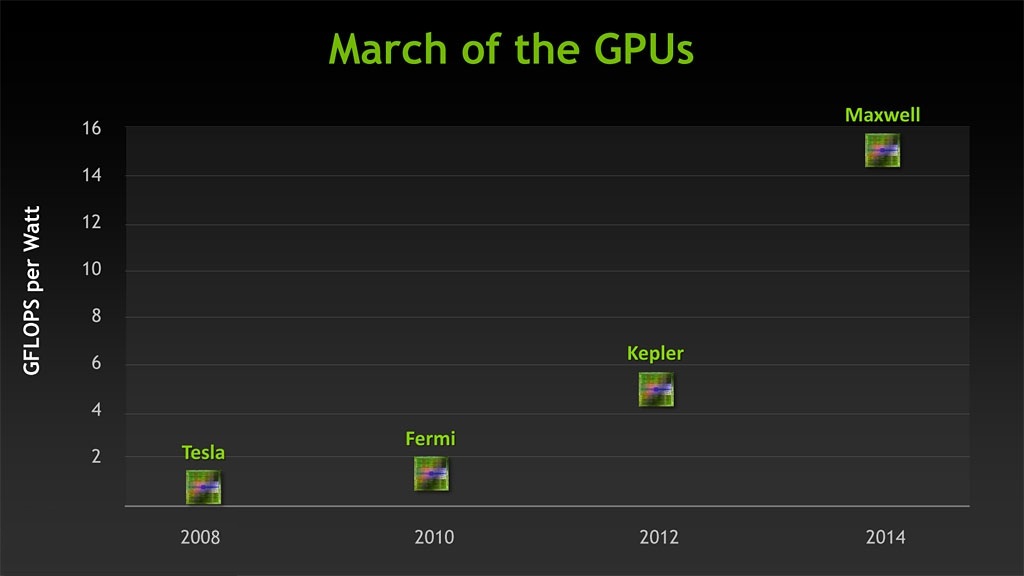