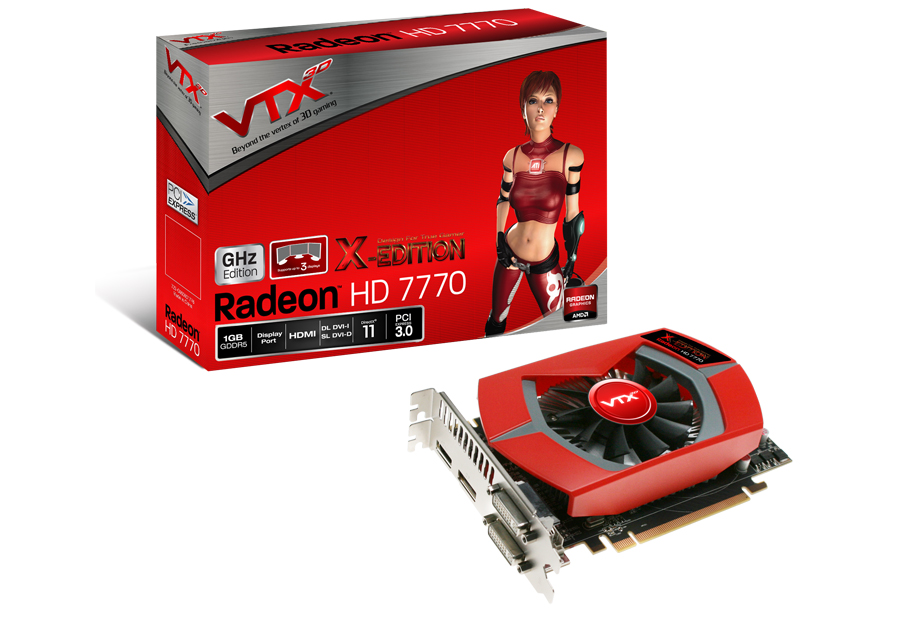 VTX3D, a TUL Corporation sub-brand,  today launched the new revision of the Radeon HD 7770 X-Edition. This new model (VX7770 1GBD5-DHX) received a smaller board and cooler in comparison to other X-Edition cards.


Apparently these are not the only changes. There are already two other models based on a reference design, which have a higher clocks and more display outputs. The new one is actually a third revision of this model. It comes with slighly slower processor — 1100 MHz, rather than 1150 MHz known from earlier versions.

VTX3D HD 7770 X-Edition V3 has been equipped with Cape Verde XT GPU, which features 640 stream processors. It also comes with 1GB GDDR5 memory across 128-bit interface. Smaller board is now cooled down by a short, single fan solution. The third edition has modified bracket with lesser outputs. It has two DVIs, one HDMI and a single DisplayPort. It requires one 6-pin power connector and 450W PSU. 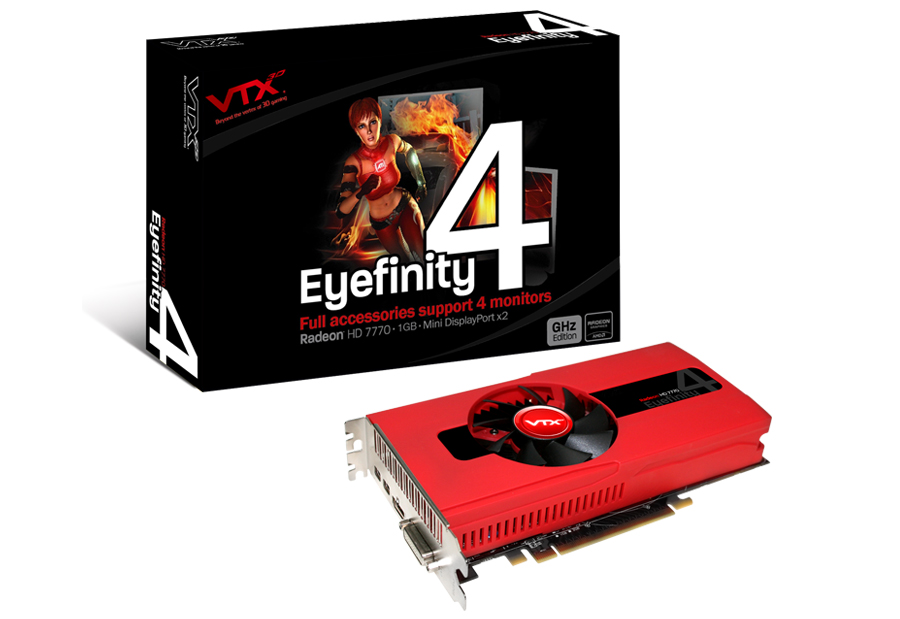