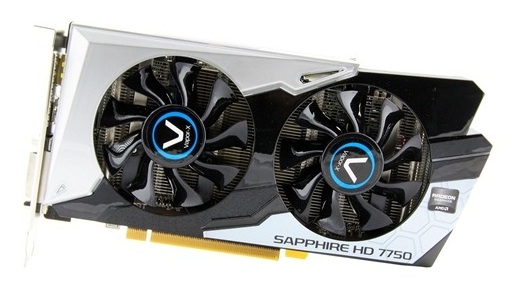 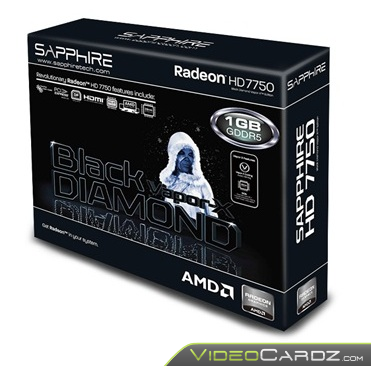 Sapphire has released a new variant of their 7750 series of cards called the Sapphire 7750 OC with Vapor-X cooling.

The card is based on the Cape Verde Pro GPU (512 shaders) mounted to a black PCB with 1GB of GDDR5 on a 128-bit interface. This card comes in with an impressive core clock speed of 1100 Mhz and memory at 5000 Mhz effective. Sapphire has upgraded their standard 7750 power delivery to achieve these clock speeds by using their “Black Diamond Chokes”.

“The high-polymer aluminium capacitors used have characteristics superior to regular aluminium capacitors for longer product life. The choke is an important component of the power regulation on a graphics card, and the SAPPHIRE Black Diamond choke with integral heatsink runs 10% cooler and with 25% more power efficiency than a normal choke.”

The card is cooled by their proprietary Vapor-X cooling system using a steam chamber combined with two copper heatpipes into an aluminum fin array (shown below). Heat is dissipated from the aluminum heat sink with two fans, most likely 80mm fans like their 7770 OC Vapor-X older brother. Display outputs include two DVI connections, one HDMI and also one DisplayPort connection. The Sapphire 7750 OC is also Crossfire capable. 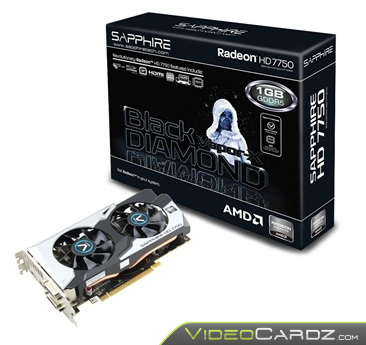 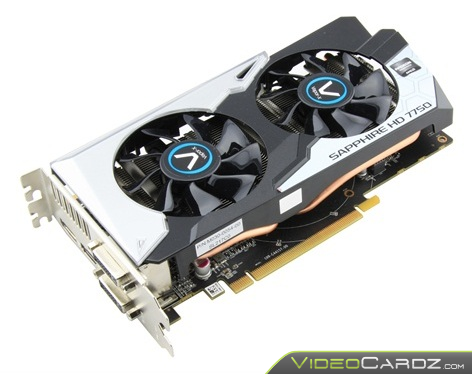 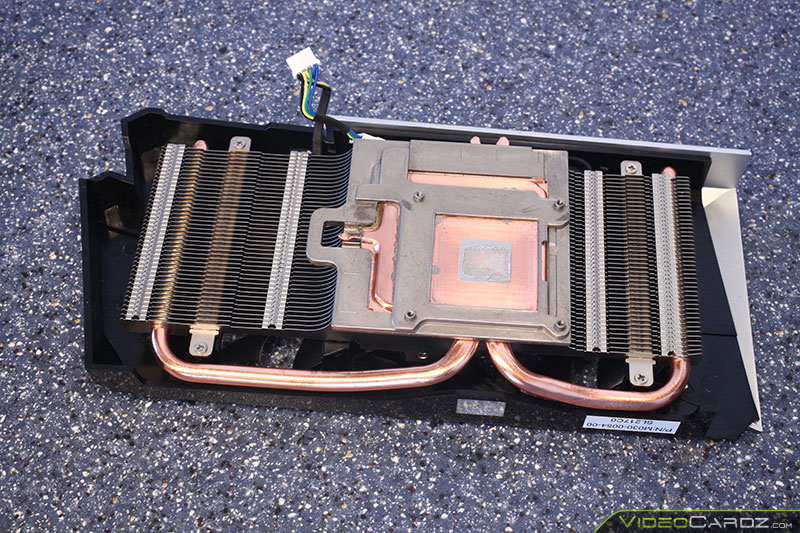 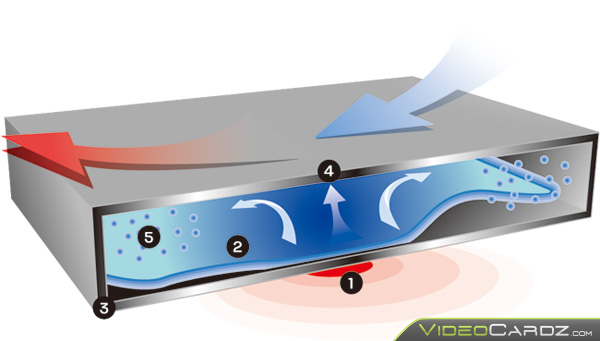 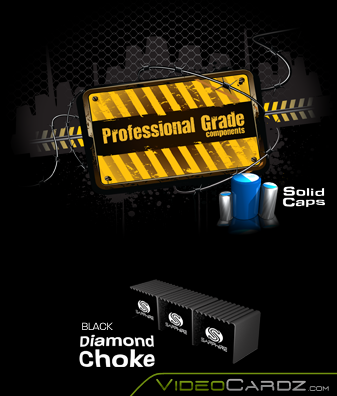