In my previous post I compared multiple Radeon HD Series and concluded a possible Radeon HD 8970 specification. It turned out to be a good kick start for other sites to speculate the details further to reveal possible performance of cards coming with Radeon HD 8000 series.

The site called BitDreams (let’s hope these are not just dreams) prepared a list of all Radeon HD 8000 graphics cards. The list even includes the Radeon HD 8990, which after all the fuss around the Radeon HD 7990, doesn’t look very probable. But let’s assume that AMD will be able to prepare such card, since we are expecting a real counterpart for the GeForce GTX 790, or don’t we?

According to this prediction, the Radeon HD 8990 would feature two Venus XT GPUs with 2560 stream processors each, totalling 5120 cores. Here I have to point out one fact, if you read my prediction post closely, then you will find many similarities to those specs — actually the HD 8970 specs are just a copy of it. But despite that, we can assume that these details are based on my long research and comparisons. I cannot say if these are valid, but the data should be correct. Back to the HD 8990, AMD might equip this card with 320 Texture Mapping Units and 96 Raster Operating Units — that would really be a monster, probably the only card that would handle Crisis 3 in full glory.  Assuming that each Venus XT GPU would be tied to a 384-bit wide interface, this card should have 768-bit, just like the Radeon HD 7990. Radeon HD 8000 series would probably be the first generation to support PowerTune Boost technology out of the box. So in this part I cannot agree with those specs, since these only mention one frequency of the processor. The Radeon HD 8990 might not reach the one GHz mark here, but it should be somewhere close. If any manufacturer comes up with a custom model, then it’s more than possible to see GHz Editions of HD 8990. The next dual-gpu card from the Radeon family would end up with 6 GB of memory, there is no point in equipping a consumer card with a higher capacity at the moment. Almost no current game is capable of utilizing such a memory buffer, that’s if we consider a single monitor configuration and a game without mods. In terms of maximum power draw, this card would be nothing less than your mom’s hair-dryer. If the specs are valid then we are expecting at least 375 Watts, however if AMD is really looking to earn some money, they should really work with the level of power consumption. No one is going to buy such card, especially considering the $1000 price of current HD 7990 cards, which would likely follow with HD 8990.

As already stated, the specs mentioned in the source’s table is straight from my prediction post. Let’s bring them up once again, the Radeon HD 8970 powered by a single Venus XT might end up with 2560 stream processors (25% increase in comparison to HD 7970). However, this is an optimistic assumption. This card might be equipped with 2304 as well, it all depends on the die size (which almost certainly will be higher) and how many Compute Units this gpu can hold. The most optimistic variant says its 40 CUs, while the worst case scenario is 36 (2304 stream processors). The Radeon HD 8970 would feature the same memory configuration from the HD 7970 — 3GB with 384-bit. However, don’t be surprised if it ends up with 4GB, these days marketing plays a main role.  The Radeon HD 8970 should feature GHz clock as the base and 1050 MHz as the boost state. What is almost certain is at least 6GHz for memory.

The Radeon HD 8950, which should be an interesting card to look at next year, is based on Venus Pro. The optimistic speculator says it has 2304 stream processors on board, however the real scenario would be 2048 SPs, just like current HD 7970. Venus Pro should be clocked near the GHz level, that’s if AMD decides to launch a GHz Edition in the very first day. In other words the main difference between the flagship model and this one is SPs count. Memory configuration should be the same. The lower number of cores and slightly lower clocks will cause the card to run at a lowerTDP. According to BitDreams it might be 210W, which I find hard to believe.

Almost two months ago, a site called read2ch, which successfully predicted the Radeon HD 7900 specs, posted the details of Radeon HD 8800 series. It was a great stimulus to discuss the next series (it was the most popular post at VideoCardz by the way, but Keith’s OCing Apps article is the best — Keith). So it’s not shocking that those specs ended up in the table from the source.  As a side note, we are not sure how to call the HD 8800 series GPU at this point. I prefer to call it Oland, but the source is calling it “Sun”. We have Venus, Oland, Sun and Mars in all previous rumors. It’s not hard to guess which one does not fit here, Oland is an island in Sweden, neither a planet nor a star. But let’s get back to the specs. The card should feature at least 1792 SPs (this is new information). Radeon HD 7870 has 1280 SPs, while the Tahiti LE Edition has 1536, so it’s not a shocking number and actually is quite possible. The source says that the memory clock of this card is 1500 MHz, since this is the fastest mid-range card of upcoming series this frequency looks valid (that’s 6GHz effective speed (if you didn’t manage to multiply it by 4 already)). The source assumes that this time AMD would launch the HD 8800 series first from the next generation (Q1 2013), but considering the latest rumors this might not be true at all.

The Radeon HD 8850 might just be the most popular card of HD 8000 series. This card comes packed with 1536 stream processors, 96 TMUs and 32 ROPs; might be a great solution for a weekend gamer. According to previous leaks, this card might not feature clock speeds beyond the level of one GHz. Assuming that the previous leaks were at least probable then we are looking at 925 MHz clocks. Both Radeon HD 8870 and HD 8850 should be equipped with 2GB and 256-bit interface. You can find more details in the post I mentioned earlier. Currently, there are no other leaks regarding Radeon HD 8800 series.

The Radeon HD 8700 series will likely be the last one we see next year from AMD. Radeon HD 8770, the fastest card from this ‘almost mid-range’ segment could feature 896 SPs. This series might be the most crippled ones with a 192-bit interface. The assumption would be that the HD 8770 aims at the current GeForce GTX 660/660Ti series. There are many similarities between these cards. Such interface lacks performance in full-HD gaming with anti-aliasing enabled, however if you are not really that interested in image quality and you prefer an acceptable price, rather than a $300 graphics card, this might just be the model for you.

The Mars Pro or Oland Pro, if you prefer, might come with 768 SPs. Both Radeon HD 8770 and 8750 graphics cards could arrive with just 16 ROPs. That’s very important information, but still based on speculation. For unknown reasons the source claims that these cards would consume up to 250 W. This is obviously a mistake, since both cards should come in the sub 200W category.

All 8000 series cards will be based on a 28nm architecture, the die size of each GPU depends on the number of stream processors it holds, along with other variables. Each one of these cards should fully support PCI-Express 3.0 bus, DirectX 11.1 and OpenGL 4.2. The big unknown is the price of these graphics cards. Although I am assuming that raising prices is not the best idea for AMD right now. Even the HD 8800 series leak suggested that the company may even lower them.
There are few interesting facts about the specs in the source’s table. They refer to ATI cards, which as far as I know are a couple of years old. They based their details on my prediction, which is not a bad move, just doesn’t make their assumptions anymore valid. The release dates are probably not valid, the TDP of HD 8700 series are wrong too. And finally there’s no boost clock for HD 8900 series (however they mention it in the very short description).
I did not comment on the compute power of these cards for a reason; it would be a speculation based on speculations. Nevertheless, this might be the most important aspect of the Radeon HD 8000 series, especially if you are a fan of mining.
According to the latest rumors, the Radeon HD 8000 series could be launched in the second quarter of 2013.

Anyway, what do you think about the next Radeon series? Should AMD launch them after NVIDIA’s GeForce 700 Series, or just go ahead and release them giving NVIDIA the option of which GPUs they can hide in the closet this time? 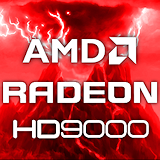 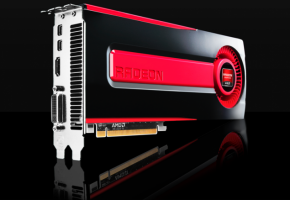 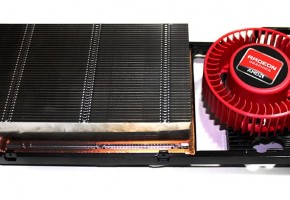 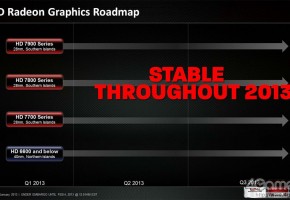 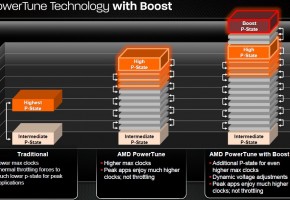