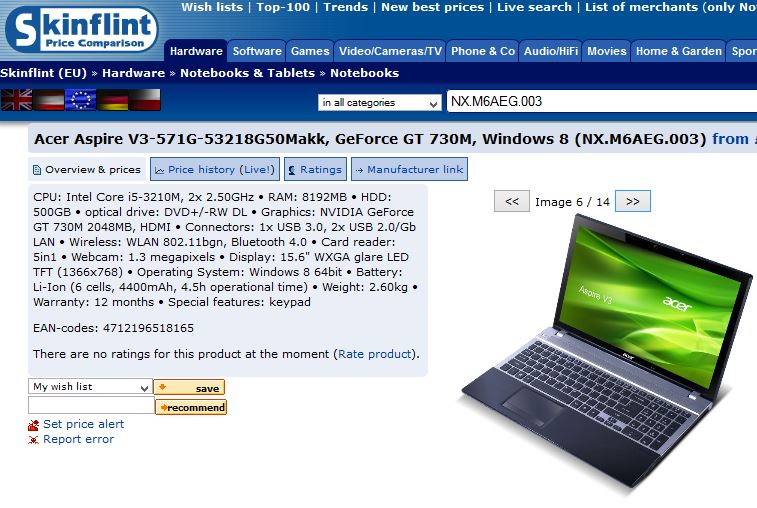 Here it is, the first ‘confirmation’ of the GeForce 700 Series naming. Not much of information though.

This GPU is considered as a rebranded GT 630M, but still this would be the next Kepler. It’s quite interesting how two mobile graphics cards from upcoming series leaked out almost simultaneously (AMD Radeon HD 8550M), both by the same source.

According to the data from the stores the GeForce GT 730M would be equipped with 2GB of RAM. That’s all, nothing else is revealed at this point.