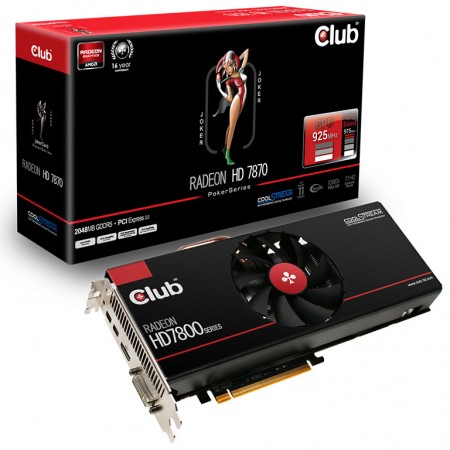 According to techPowerUP the newly launched Tahiti LE GPU might only be available with the products from limited range of AMD partners.

Previously slated for November 27, the Tahiti LE is a new GPU from high-end Tahiti Series. New GPU packs 1536 stream processors along with 2GB 256-bit memory. Card is clocked at 925/975/6000 MHz (base, boost, memory). While offering more cores than Pitcairn series, this card is said to offer 15% better performance than GeForce GTX 660 graphics card.

Tahiti LE was firstly launched by Club3D with its Radeon HD 7870 jokerCard. From what TPU reports, it seems that the majority of Tahiti LE-powered graphics card will be made by TUL Corporation, and that’s Club3D, PowerColor, VTX3D and Dataland. Other add-in board partners are not so eagerly interested in this GPU. Does this mean that the story with non-reference card (aka HD 7990) is about to repeat itself? Well, we still have less than a week to verify that. It would be good, however, to see more affordable non-reference graphics cards, which Tahiti LE seems to be.