EVGA has released countless pieces of software ranging from voltage modification software to their own SLI enhancement software. They became known in the overclocking/tweaking community as the AIB partner that is doing all they could for their customers overall experience. It was only natural that EVGA would put some of these features together in a package now called Precision X. Precision X includes all of your overclocking adjustments including core, shader and memory along with voltage modification and fan profiles. Precision X is also one of the select pieces of software that allows you to change your boost clock settings. Honestly this release is a lot like MSI Afterburner, even down to the settings menu. You can tell these were both built off RivaTuner and that is far from being a bad thing. Overall I would say either Afterburner or Precision X is a wise choice for an overclocking application. EVGA has once again delivered when it comes to their software and I wouldn’t want it any other way. 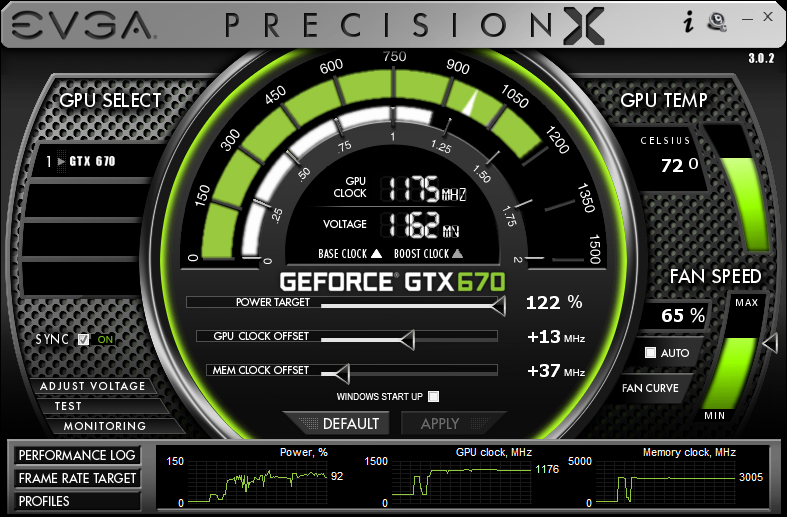 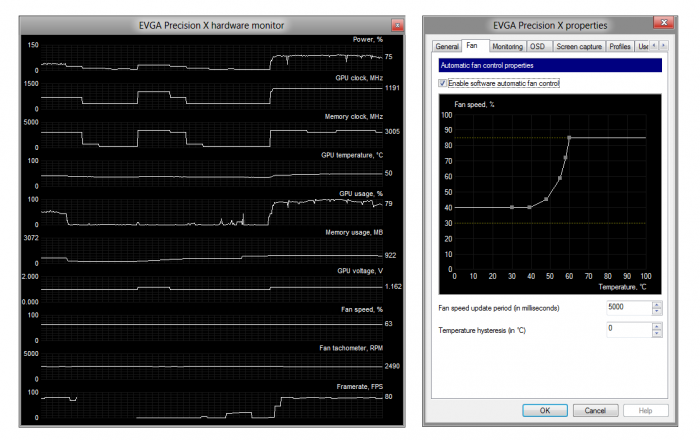 ASUS has been releasing hardcore gaming cards since the introduction of the MARS series and their DirectCU II cooled cards. It is no surprise we again see a full suite which not only features most of the settings in the former suites, but also has TechPowerUp’s GPU-Z implemented directly into their software. This is very similar to how Afterburner has Kombustor implemented into their software. However ASUS sets its software apart by adding a few unique features which you will not see on the chart on the last page. These include: mouse settings, OCing hotkeys (core up/down), and GPU BIOS update checks (which your AV may alert you on). ASUS GPU Tweak is also another one of the applications with boost clock adjustment options. Alexey confirmed my suspicions about ASUS GPU Tweak; the software is not based on RivaTuner and is developed by ASUS from the ground up. The overall feel to ASUS GPU Tweak is a little rougher around the edges compared to EVGA and MSI, this may be due to the lack of RivaTuner or it may just be my opinion. 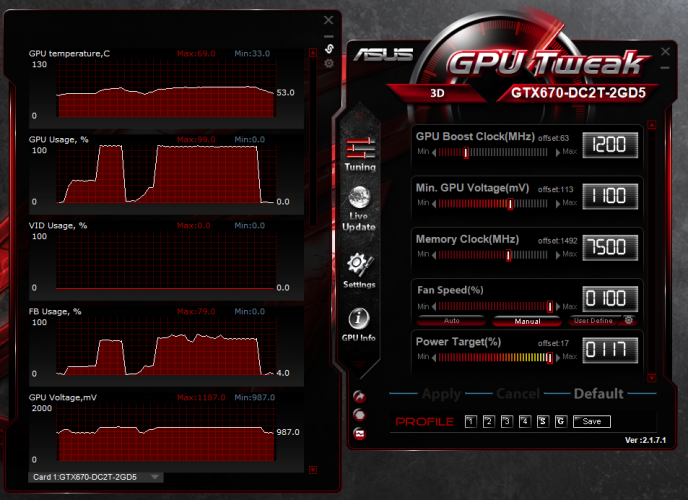 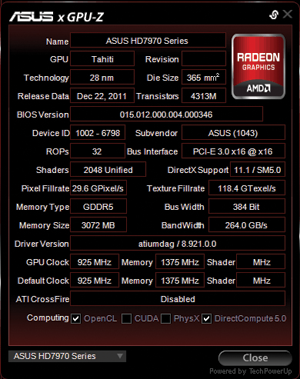 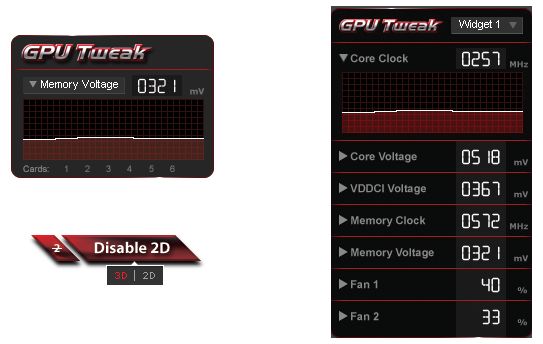