(Now we will begin our overview/review of each application included in the chart on the last page. You will notice I spend more time on some of the applications and this is due to some applications not being nearly as important to the reader.)

Note: Many people may probably think RivaTuner has been given special treatment because of the interview, however I can tell you without a doubt the main introduction and this review/overview were written before we ever found out Alexey would even do the interview.

RivaTuner, the father (maybe Godfather) of Afterburner and Precision X, is a GPU overclocking tool created by Alexey Nicolaychuk named after the NVIDIA Riva TNT series was downloaded almost 15 million times. This tool was originally created for NVIDIA video cards only, but around the Radeon 8500 series Alexey added ATI/AMD support. The unique thing about this software is it allows driver level Direct3D/OpenGL access and low level hardware access tweaking. Having both of these features allowed RivaTuner to be accessible to new users, but also allows advanced users to have all the tools available to them for tweaking their hearts out. Tools such as the ability to unlock architecture in the GPU mentioned earlier in the article (6800 vertex/pixel pipes). Unfortunately Alexey stopped developing RivaTuner with his last stable release (2.24c) on August 23, 2009. Now that may sound like the end of RivaTuner, however manufacturers such as EVGA and MSI saw how powerful and useful the software core was and now use RivaTuner in their own software such as with Precision X or Afterburner. Alexey truly helped to unlock the path to GPU overclocking as you see it today and I hope this article has given him some of the credit he deserves for giving the world such a powerful tool for free. 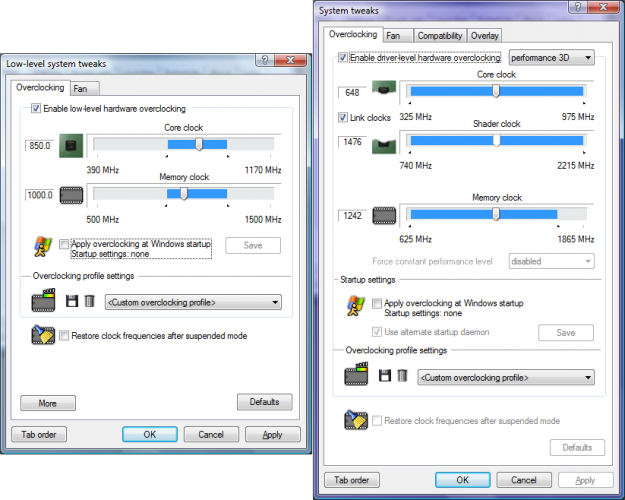 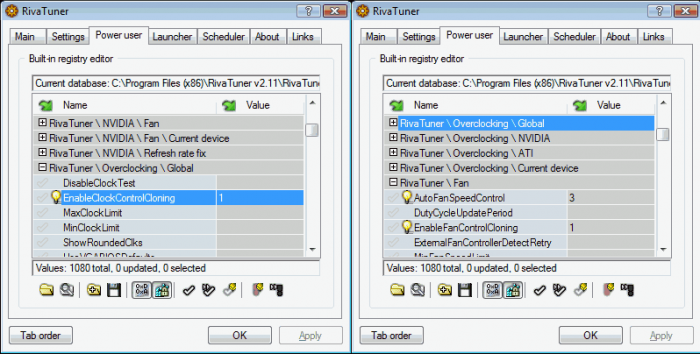 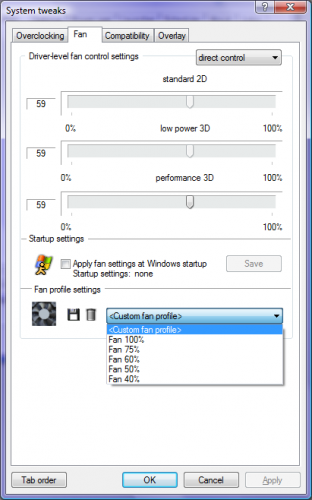 MSI was never really known for overclocking apps, but boy they hit a homerun with Afterburner. Afterburner is powered by RivaTuner and features everything you could want in an overclocking application. Everything from clock adjustments, voltage modifications, fan profiles and OSD hardware monitoring is there. This is my software of choice when it comes to overclocking for many reasons. One is the simple yet intuitive layout of the application; at a glance you have everything you need for basic overclocking. For the more advanced user you have a single settings button below the fan speed to bring up a menu with options ranging from hardware monitoring options to video capture. One other unique feature of Afterburner is the fact that MSI included Kombustor, a well known stress test, into Afterburner through a single click in the far left of side of the program. Afterburner is also one of the few applications that have boost clock adjustment included in its feature set. MSI truly built on RivaTuner’s ideology of easy accessibility for new users, but also giving advanced users options seen in few other single software solutions. This is what Alexey (Creator of RivaTuner) runs on his personal computer. 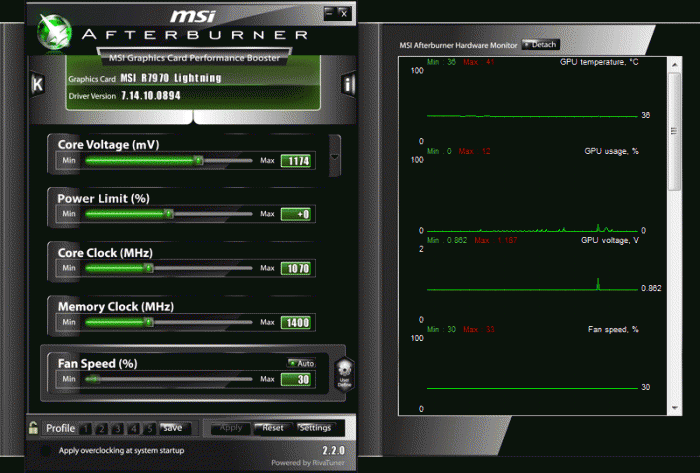 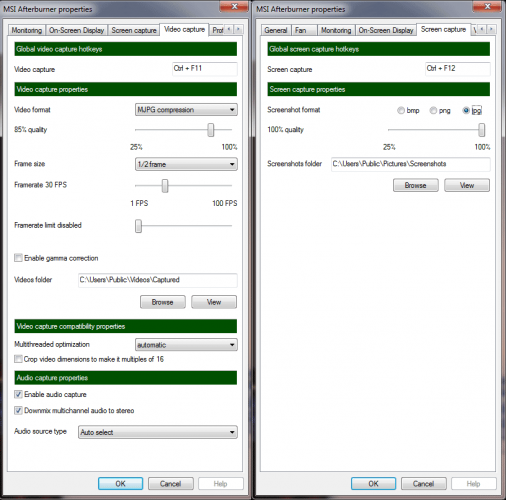 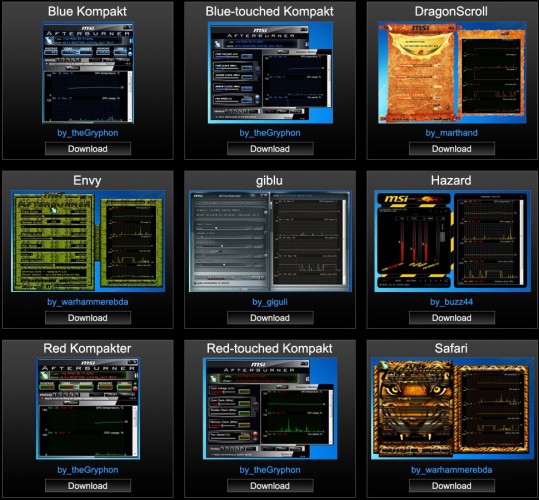 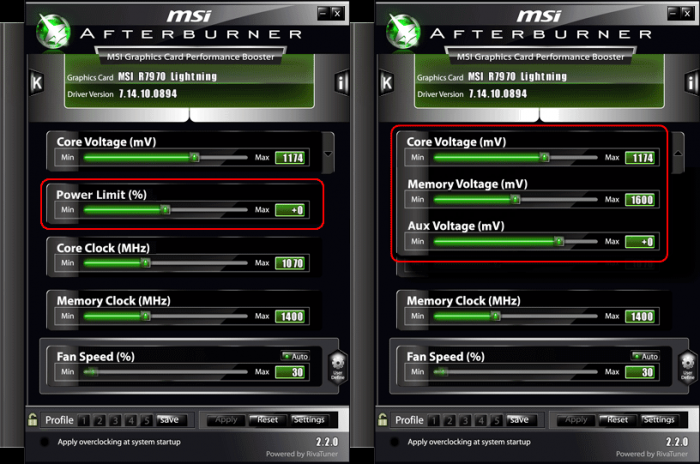 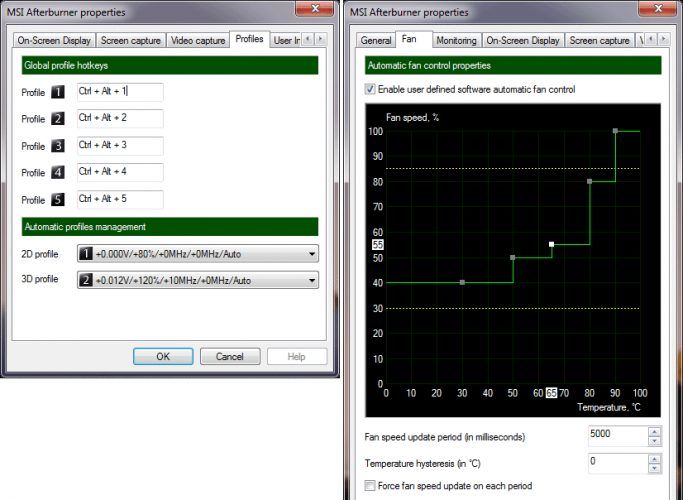