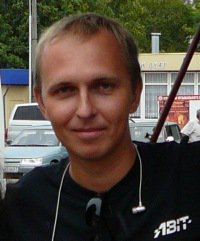 Alexey Nicolaychuk, the Creator of RivaTuner

Well fellow geeks and overclockers, I have a real treat in store for you. In the spirit of overclocking applications, I was fortunate enough to have the creator of RivaTuner, Alexey Nicolaychuk also known as Unwinder, answer a few questions through an email interview.

We have talked about RivaTuner earlier and we will talk about it more later, I hope by now you realize the importance of this software and how RT pioneered just about everything required in a GPU overclocking application today. Alexey is very busy so I made the interview a simple list of questions, but I’m sure if you bug me enough in the comments below the article I may be able to get a few more answered!

Keith: How long did it take you to create the first version of RivaTuner, how did you come up with the idea and you did this all alone correct?

Alexey: Correct, RivaTuner was single man project. I started working on it in 1997 simply because I needed something to configure my NVIDIA Riva128 graphics card. So version 1.0 was born. It was not intended for public release so initial development took just a few days. In such form RivaTuner v1.0 lived on my home HDD till 2000 when I decided to rewrite it and share it with community. RivaTuner v1.0 was relatively simple power user oriented editor of graphics cards’ registry settings, it was working with database of all known registry entries and allowed you to edit them in hexadecimal form. This way you could experiment with new settings and explore new undocumented tweaks. Couple years later whole v1.0 idea transformed into single “Power user” tab in v2.0. Modern tools like NVInspector, allowing you to work with database of driver’s settings edit them directly in hex, is an evolution of this idea.

Keith: Was there a reason RivaTuner supported NVIDIA GPUs only until the Radeon 8500 Series?

Alexey: It was NVIDIA oriented in the beginning because I owned only NVIDIA cards. When ATI launched RADEON 8500 series, I’ve been contacted by Andrew Woribiew, video reviews editor of iXBT.com. He offered me to provide RADEON 8500 card for adding support for it in RivaTuner and I gladly accepted his help. So our friendship with Andrew began and during the next years iXBT sponsored RivaTuner development by providing new hardware a lot. So without him RivaTuner definitively won’t be able to support all NVIDIA and ATI graphics hardware on the market during all its lifetime.

Keith: How does it feel knowing that your software is what is powering the majority of GPU overclocking apps used today?

Alexey: Honestly, I cannot say that it gives you some special feelings, I’m just glad that results of my work can help people. Sharing something popular with people probably gives you more negative feelings than positive ones because once the popularity grow up, you start dealing with haters rather frequently. And reading things like “hope you die of cancer” or “hope our tanks invade your country, Ivan” is not fun at all.

Keith: Exactly which manufacturers are using RivaTuner besides MSI and how did licensing out RivaTuner actually work? Did you receive any support from the AIB manufacturers for using your software?

Alexey: Currently RivaTuner core is powering MSI Afterburner and EVGA Precision (X) only, I had partnership offers from other vendors but I simply have no time to work on so many projects at the same time. ASUS tried to promote their new ASUS GPU Tweak as RivaTuner based due to some odd reason, but it is not true, this tool is their own development. In the past RivaTuner core also powered HIS iTurbo and RightMark CPU Clock utility. Licensing of RivaTuner core is based on per-card royalty fees, which means that the vendor is paying me a few cents from each CD with software they are selling with graphics cards.

Keith: What made you decide to stop developing the software?

Alexey: Lack of free time for development was the primary factors that affected this decision.

Keith: Do you think you will ever start up development on RivaTuner again?

Keith: In your own use of overclocking today, what are you using to overclock your GPU? Are you still sticking with the trusty RivaTuner 2.24C?

Alexey: I’m not using RivaTuner anymore; it was not updated during last couple years so it doesn’t support modern hardware. MSI Afterburner is my primary overclocking tool.

Keith: Tell everyone what you are up to now in your own life.

Alexey: Nothing special. Besides my hobby (RivaTuner and child projects) my life consists of my family and primary work, medical software development.

Keith: Thanks so much for taking the time to do an interview with me and putting up with some of my nagging questions. It has been a real honor to speak with you Alexey and I hope we may be able to do it again someday. From all of the overclockers out there, thank you for your software contribution to our community, without RivaTuner I don’t think GPU overclocking would be where it is today.