Video card overclocking has been around since Voodoo Rush, ATI Mach and NVIDIA Riva 128 series were the video cards of choice and has only become increasingly popular since. Many sites have talked about what overclocking is and touched on the subject. However we are aware our readers know plenty about overclocking and we want to go into depth on the subject of your application options in doing so. NVIDIA and AMD have even included overclocking features in their own drivers before, however now it takes a registry entry to unlock these. I have always looked at overclocking as free performance that is available at your fingertips as long as the right precautions are taken. The main enemy of overclocking is heat and that may be one reason that aftermarket cooling has become more and more popular over the years. Now we are getting upgraded cooling on retail cards from manufacturers such as Gigabyte’s Windforce 3 or ASUS DirectCU II solutions. You also have manufacturers doing warranty inclusive overclocking of their own such as EVGA’s SuperClocked and FTW (For the Win) series of cards.

However for the diehard enthusiasts who want to push every last bit of FPS from their card there is only one option and that is user controlled overclocking through applications such as the famous RivaTuner. RivaTuner is by far the oldest (1997, according to Alexey) and widest used overclocking software on the web. It is what powers software such as MSI Afterburner and EVGA Precision. Personally I can remember as far back as the NVIDIA 6800 series launch and the pipelines that were available to be unlocked by using RivaTuner, which was already at version 15.5 by that time. Back then the 6800 Vanilla (also called 6800nu for short) was able to be unlocked from 12 pixel pipelines to 16 and from 5 vertex pipes to 6 with a simple RivaTuner tweak. 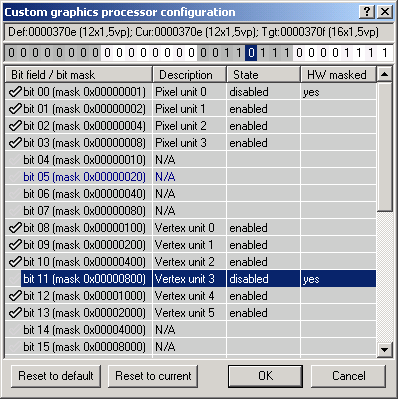 This provided a 5 FPS improvement in Half Life 2 at 1024×768, which was the most common resolution used at the time. Unlike overclocking, a tweak such as this increases heat very little if at all, however not all cards could be unlocked. It all depends on the quality of the chip you ended up with. Some 6800nu cards, for example, would artifact once unlocked and had to be reverted back to stock configuration. Enough of a history lesson, let us get to the heart of this article.

In this article we are going to look at the most common ways you can get the absolute most out of your video cards and that is through currently available overclocking applications. All the applications share some similar features but some of them have unique features that set them apart. The majority of GPU overclocking applications feature core/shader/memory clock control along with fan control and (for the cards that support it) boost clock adjustment. Now some of the applications feature more options/attributes including user set fan profiles, voltage adjustment, hardware monitoring, screen capture, video capture, stress testing, on screen display hardware monitoring and even mouse adjustments. It wasn’t too long ago that to have all of these features present you were required to use multiple pieces of software, however now you can find all of these elements in one piece of software. In this article we will show you which pieces of software include what features, along with a mini-review/overview of each application. We also have a special treat in store, an interview with acclaimed RivaTuner creator, Alexey Nicolaychuk to shed some light on a few questions.

I want to spend a little time explaining the new feature of GPU Boost before moving into the applications due to some confusion in the community about what it is and how it works. Boosting clock speeds is an idea that was originally thought up by Intel and then both NVIDIA and AMD adapted this for GPUs in their own fashion. This is a new GPU feature only found on supporting Kepler based NVIDIA cards and supporting Southern Island based AMD cards. Engineers figured out that when your GPU is below full load, they could boost the core clock under automatic control (dynamically for NVIDIA) while staying inside the set TDP envelope (TDP is basically the maximum thermal limit of the card/cooler at stock speeds) based on operating conditions in order to increase performance. The reason I said dynamically for NVIDIA is because unlike AMD’s Boost, NVIDIA’s will oscillate up and down depending on what the hardware is telling the software and vice versa. To elaborate the boost speed changes on the fly to what is allowed by the hardware and software; instead of a specific preset boost speed. AMD uses a much more basic boost in which the core clock is boosted up when the current power usage allows. This is a much simpler solution since it does not involve temperature in the equation when the predetermined boost adjustment is made. This is most likely due to the lack of dedicated circuitry, such as found on Kepler based cards. One other thing to note is the listed boost speed on NVIDIA cards is the average boost frequency the card runs at during typical sub TDP applications. This means you will most likely see your Kepler based card running at a higher boost speed at times than is posted on the box or website.