AMD Radeon HD 7890 Is Based on Tahiti LE GPU 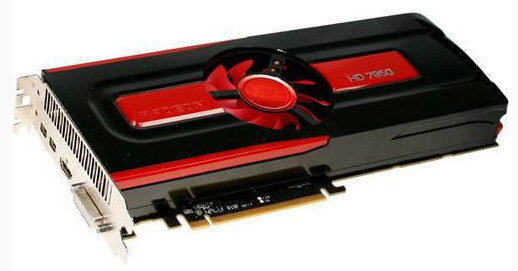 When earlier this week the first leaks regarding a new SKU by AMD surfaced, we were not sure about the naming of this particular graphics card, which is to be launched in mid-Novermber. However, according to Expreview the new card would feature the name from Radeon HD 7800 Series — Radeon HD 7890 to be exact.

HT4U reports that AMD will cancel the production of Radeon HD 7950 800MHz, to make room for a new card. This model would allegedly be 15% faster than GeForce GTX 660. AMD is definitely trying to gain some ground in mid-range segment with this new addition. Last year company has launched its Radeon HD 6930, which was advertised as a ‘high-performance class gpu’. Radeon HD 7890 will likely follow its steps.

From what is  already known Radeon HD 7890 would feature 1536 stream processors, along with 32 ROPs and 96 TMUs. But these are only speculations, which were not confirmed by any source. It’s quite interesting actually, since the card is said to launch in few days. Expreview even says it’s two days till the launch.

As for design, we are still not sure how would this card looks. We assume that it would replace the 800MHz HD 7950 model, so that’s probably the board AMD will use for their new product.

Anyway, if you weren’t already convinced which card to grab for Christmas, you might find this model attractive for its price (allegedly priced at GTX 660 level — $220 – 240).