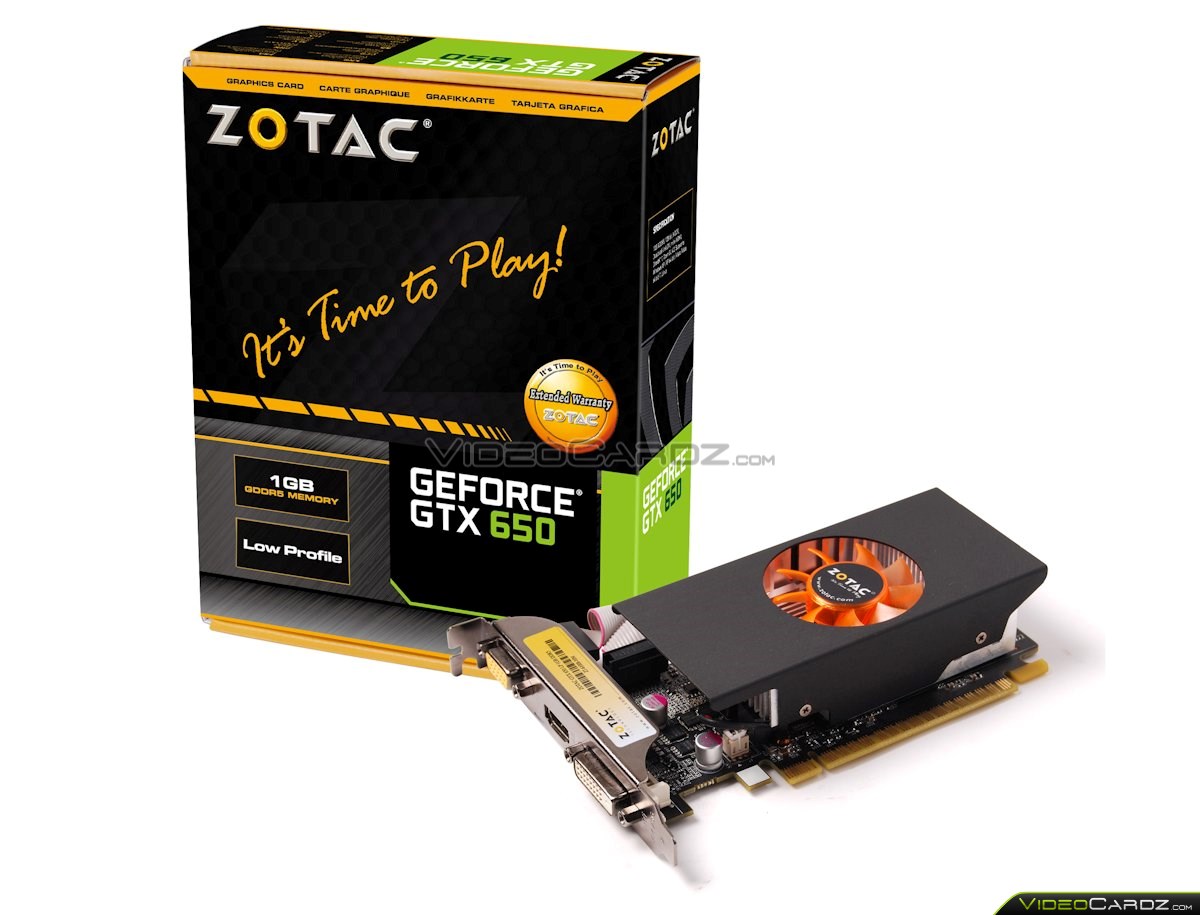 ZOTAC is currently working on a low-profile variant of the GeForce GTX 650. Card features very minimalistic and simple design known from other models by the manufacturer — GeForce GT 640 and GT 630.

ZOTAC GeForce GTX 650 LP is featuring a low-profile PCB, which means it can easily be installed onto every mini-ATX motherboard. It arrives with two separate brackets so it can also be mounted into HTPC configurations. If you somehow missed the specs of this card, then it’s worth to mention that this card is just a GT 640 with a GDDR5 memory. It’s not really a gaming card, especially because of the crippled interface, but it will be enough for multimedia purposes.

Manufacturer has already two low-profile cards in its line-up – GeForce GT 640 and GT 630 Synergy Edition. GeForce GTX 650 LP looks almost identical to GT 630, while GT 640 has slightly smaller aluminum heat-sink. Since this is mid-range graphics card packed into smaller PCB it will likely offer reference clocks of 1071 MHz for GPU and 5GHz of effective memory clock. The GTX 650 LP is equipped with 1GB of GDDR5 memory across 128-bit interface. The price has not yet been revealed. 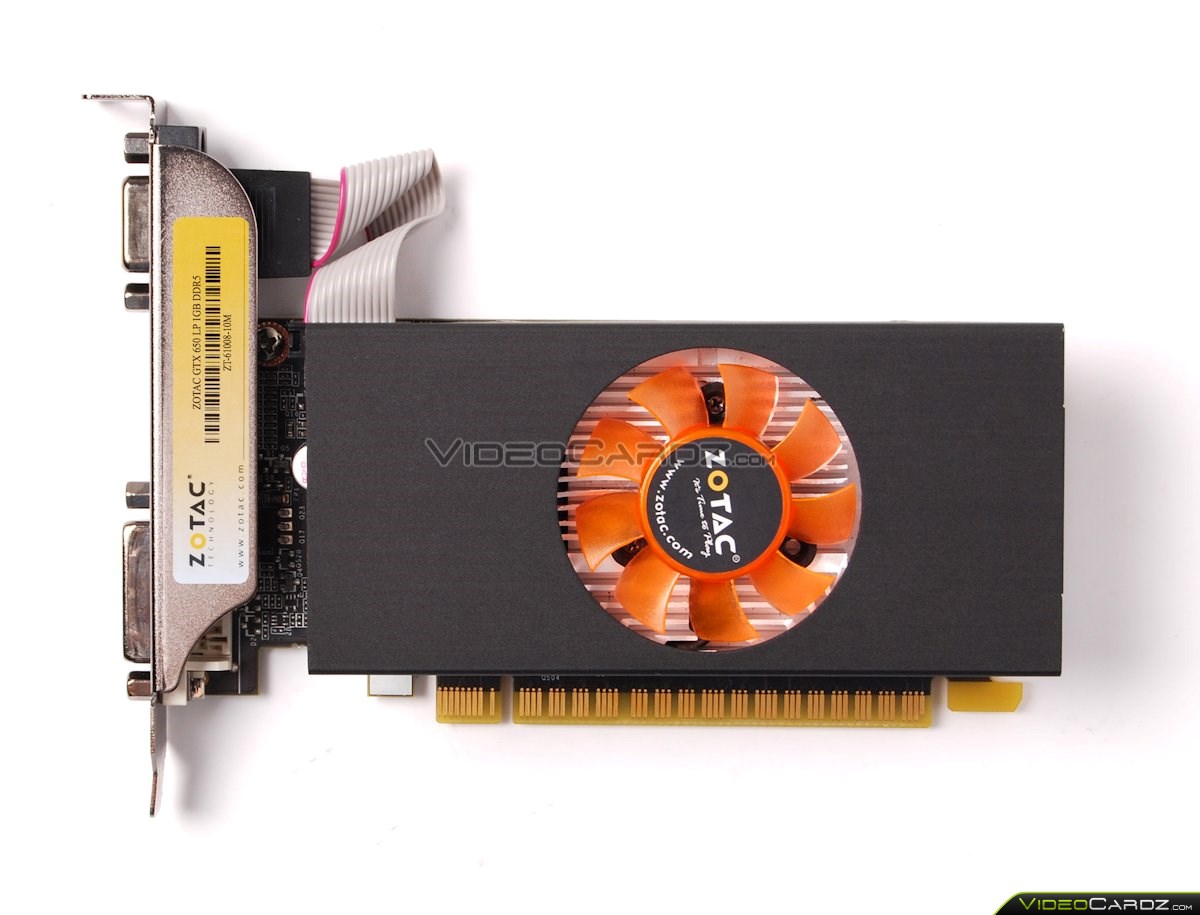 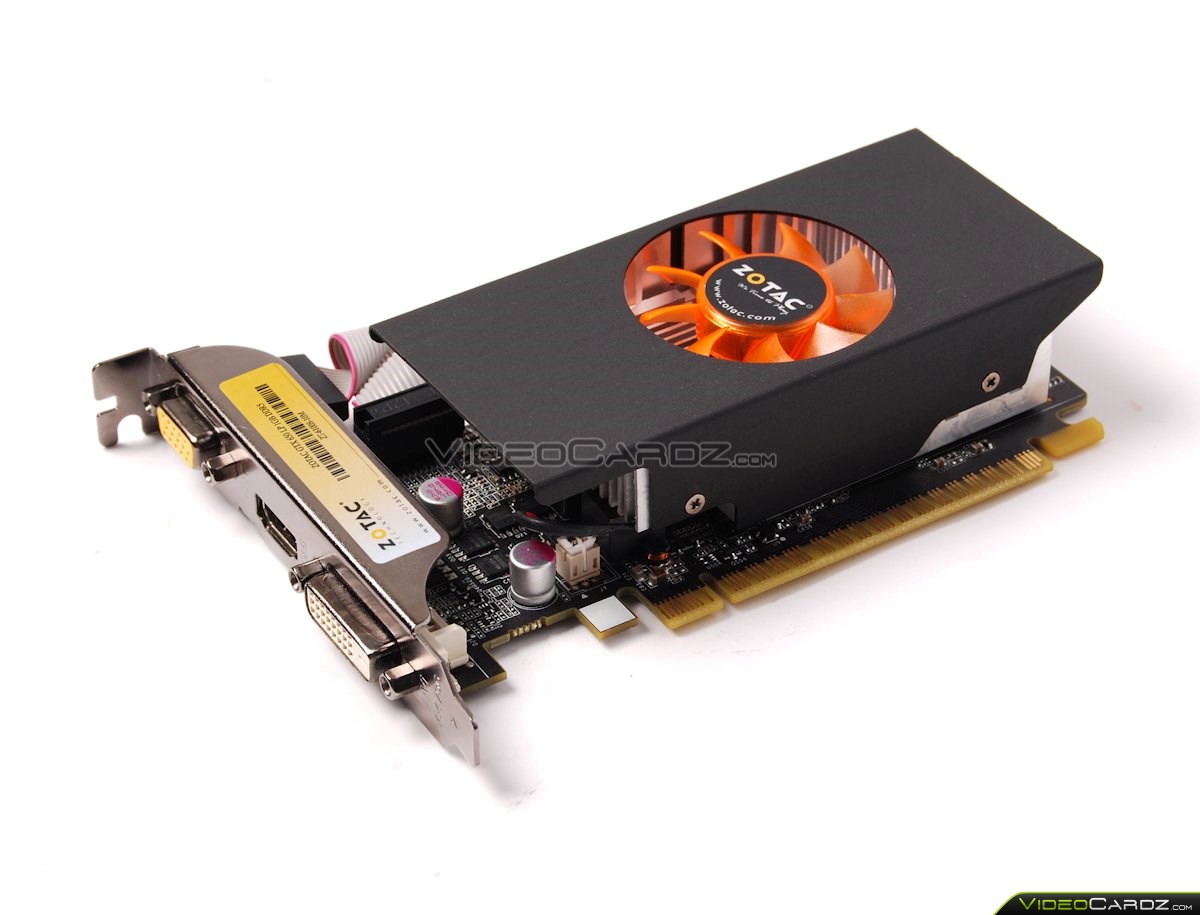 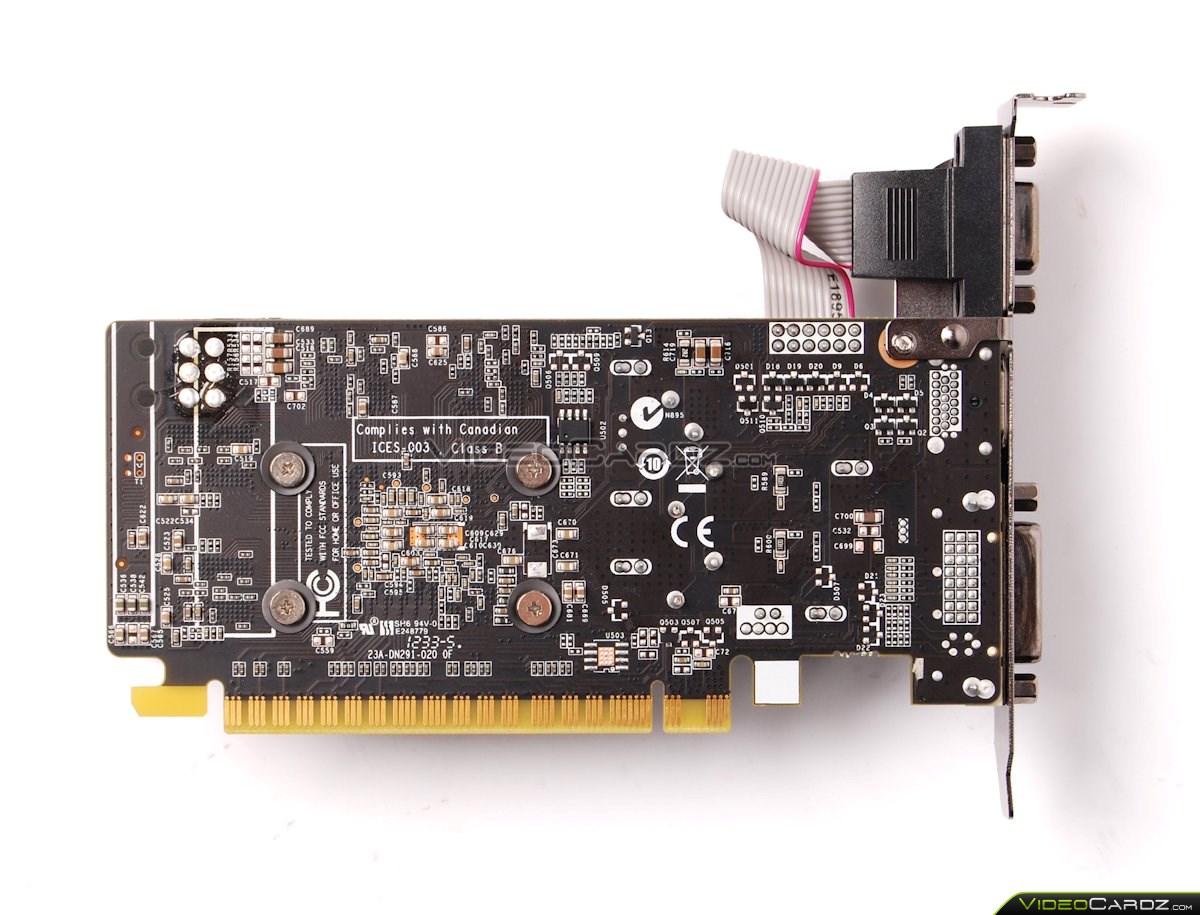 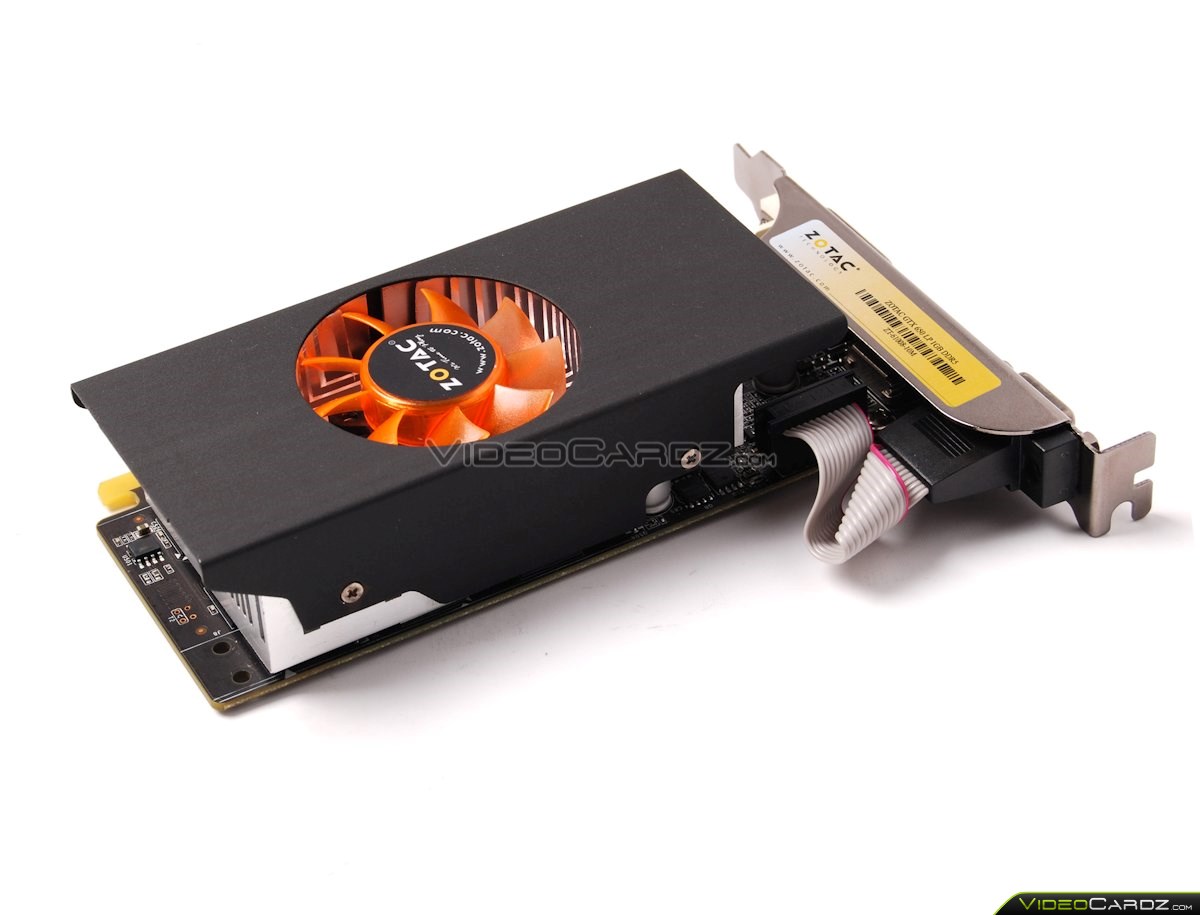 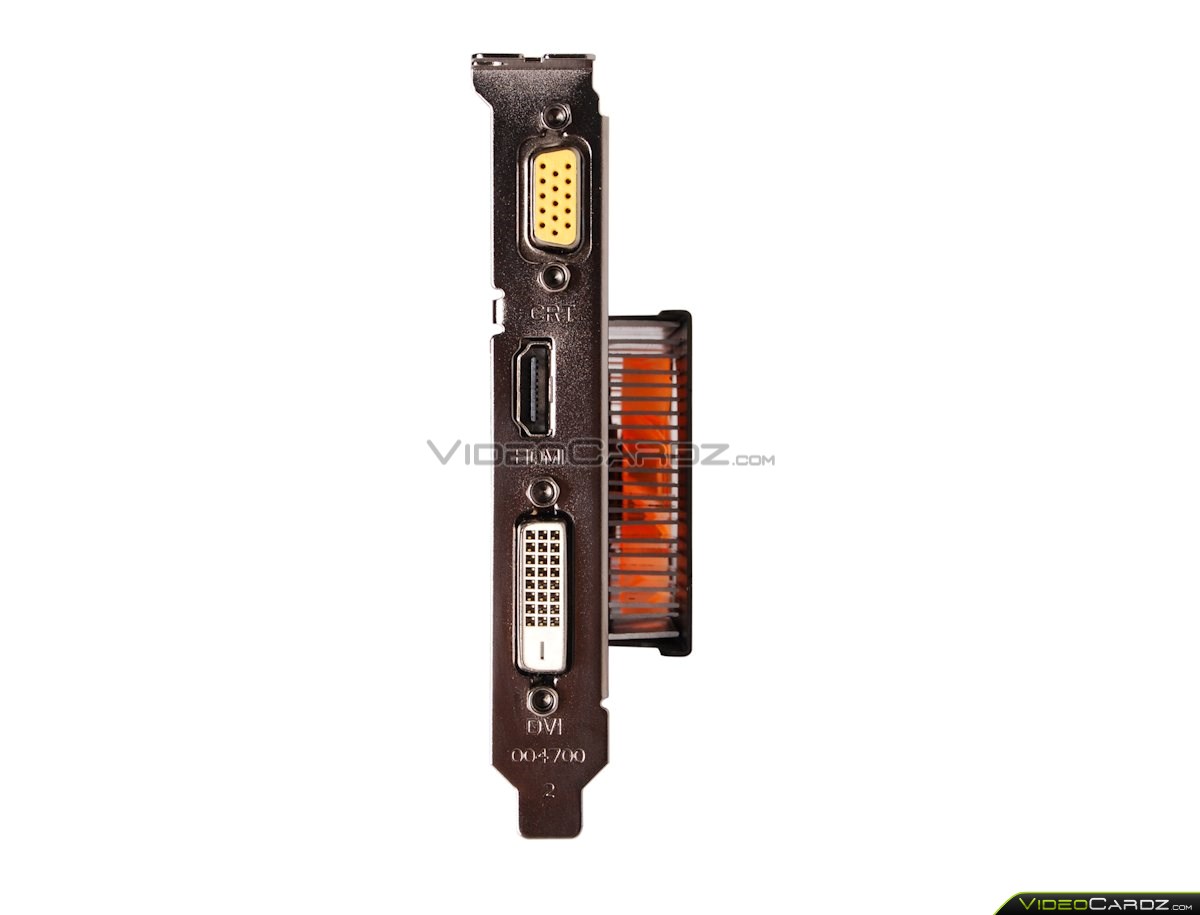