The new game from Ubisoft has been for three years in development. The new game engine delivers revolutionary visual effects, realistic character models and advanced computer AI to take the Assassin’s Creed series to new and stunning heights. Assassin’s Creed III is set against the American War of Independence. History takes a different turn here with all new heroes, a wide array of gaming elements and life like scenery. When combined with the extraordinary performance of the GTX 650 TI, the player can take the role of a master assassin and fight their way through the revolutionary battlefields. Along the way, they will witness the truth behind the conspiracy of the American War of Independence, explore the realistic Colonial world within the game and experience the smooth combat effects.

Free Assassin’s Creed III with Selected MSI Graphics Cards
Starting today, every GTX 650 Ti graphics card will include a free serial number that allows gamers to download the full version of Assassin’s Creed III. With support for the latest DirectX 11 technology and NVIDIA TXAA anti-aliasing technology, the MSI GTX 650 Ti graphics greatly improves the level of detail in games to maximize the tension and excitement. 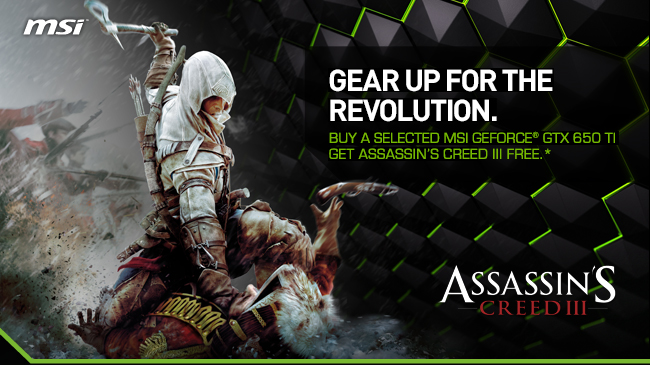 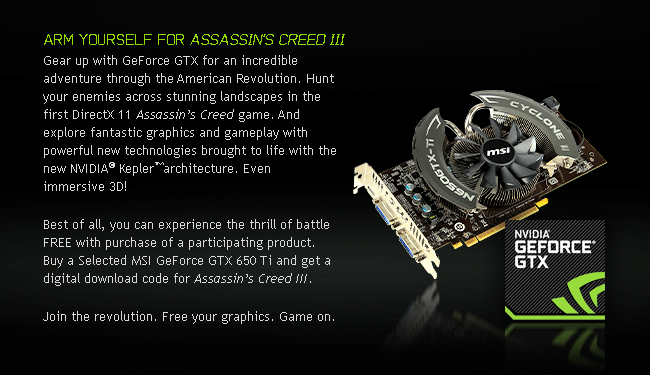 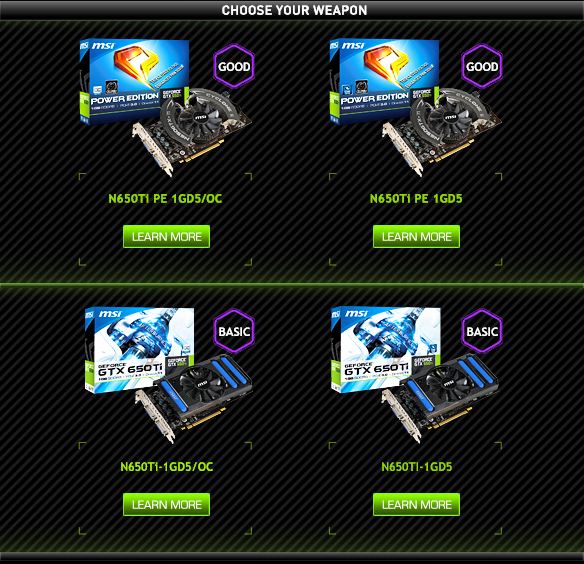