Featuring a non-reference design, the 10 high performance heatpipes keep the GPU temperatures at a stable 45 degrees when running in idle and 65 degrees under load (3DMark 11 on Extreme preset settings) and the three fans (2x 92mm and 1x 80mm) are designed to operate under extreme load conditions and provide a reasonable 31.5dBA in idle and 33.9dBA under load. 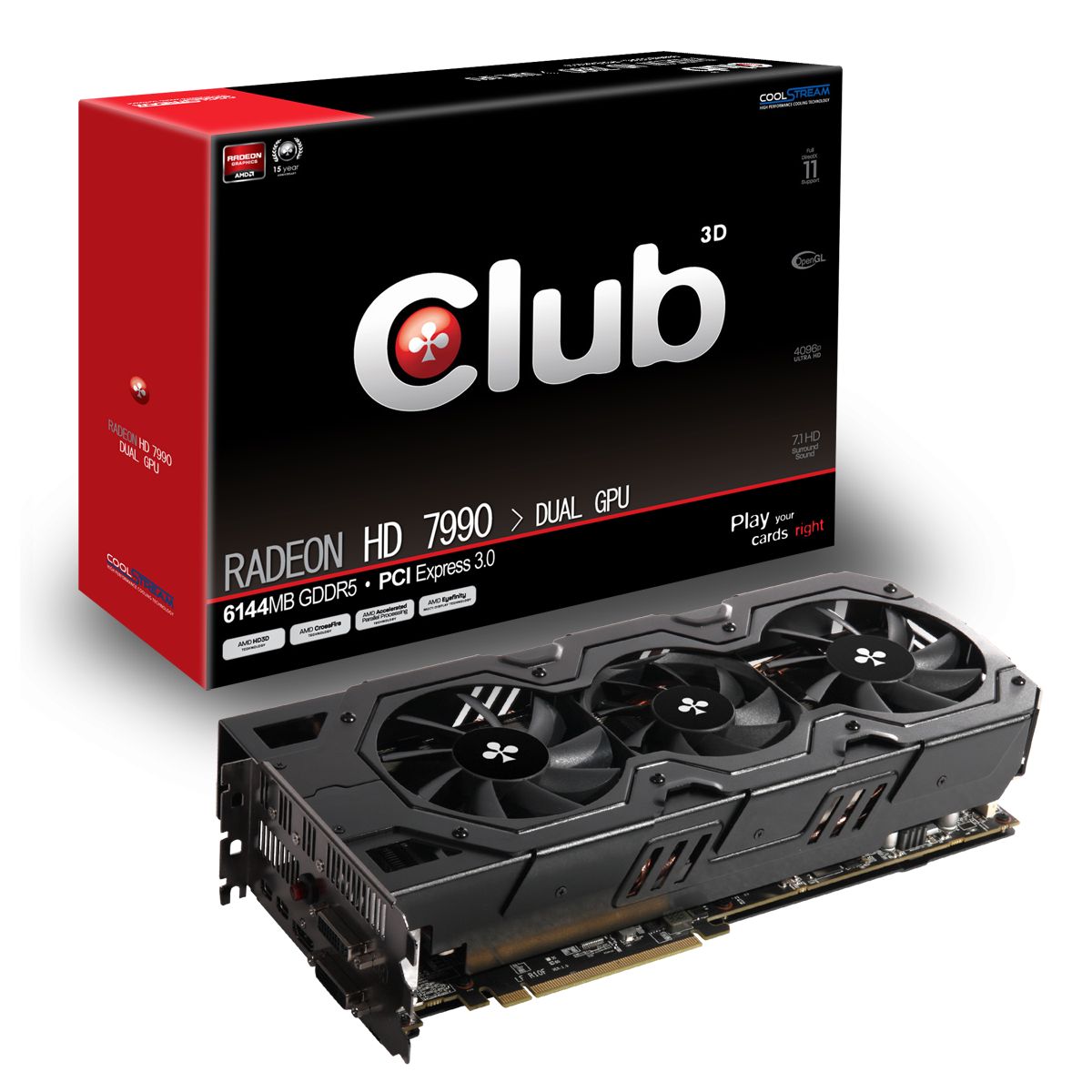 Power consumptionUsing ZeroCore Power™ technology the graphic card can turn off most of its functional units of the GPUs, when they are unused, leaving only the PCI Express bus and other components active. This as a result, reduces the power consumption from 30W at idle to under 3W in long idle, a power level low enough that ZeroCore Power shuts off the fan as there is no heat generated further saving energy.
ZeroCore Power will put CrossFire™ graphic cards in ZCP mode when not in use. 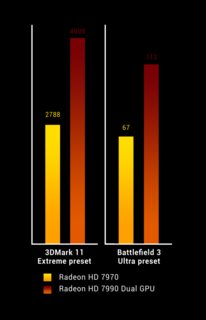 The card features a Dual BIOS that caters to the extreme user and overclocking enthusiast. With the standard BIOS at 2×900 MHz reference GPU clock you will be running faster, efficient and more reliable out of the box. Unlock the GPU to 2×925 MHz clock speeds and beyond with a push of a button. You can be assured that the Radeon HD 7990 Dual GPU won’t let you down.

The Club 3D Radeon HD 7990 Dual GPU takes full advantage of the features that Windows 8 has to offer with the Radeon HD 7000 series GCN architecture. Video and picture editing software and games are already reaping the benefits of Windows 8 and GCN architecture family of graphic cards. Game and application developers are already including GCN optimizations in their software, take Adobe Photoshop and Corel WinZip for example, these applications receive a performance increase of by up to 25% on the Windows 8 operating system** using GCN optimization.

Windows 8 is also great for multi-monitor solutions with its new easy to use taskbar. A new feature of Windows 8 is that the taskbar is now available on each screen, which can boost productivity by up to 35%.

(**) Performance increase on Windows 8 when compared versus Windows 7

The DirectX 11.1 API and a new way of designing GPU drivers called “Windows Display Driver Model 1.2 (WDDM 1.2). Together, these technologies enable a range of new features for Windows 8 and supporting software.

TIR is a new rendering path that enables superior anti-aliasing performance in Direct2D-driven applications. These include the Windows® 8 UI, as well as the market’s variety of graphics-accelerated browsers: Google Chrome, Internet Explorer and Mozilla Firefox. DirectX 11.1 enables this by allowing the GPU to stand in for the processor during the anti-aliasing stage, and the result is a sharper and clearer dynamic interface that better retains ideal performance.

Provided a user has a fully 3D-enabled display chain (GPU, driver and display), users will see evidence of this native functionality in the control panel settings.

AMD App Acceleration technologyToday, a game’s video content and its interactive content operate on different DirectX levels. Whereas gameplay might be rendered via DirectX 10 or DirectX 11, videos are frequently rendered with DirectX 9. This mixture of API levels makes it difficult for game developers to efficiently implement both types of content, an issue that will be streamlined by the API unification that DirectX 11.1 provides.

One practical implication of these improvements could be the inclusion of more and higher quality video cutscenes in tomorrow’s games. Another implication might be improved video transcode performance, which AMD also offers across its full line of available Radeon™ Graphics products.

In tests conducted by AMD as of 20 July, 2012, the Radeon™ HD 7000 Series obtained the highest HQV 2.0 score* of any tested system. HQV 2.0 is an industry benchmark used to evaluate video playback quality.

During the course of operating a GPU, users may have noticed their screen flickering when performing such tasks as: installing a new GPU driver, switching from integrated to discrete graphics, or exiting sleep/hibernate to resume the desktop experience.

Thanks to WDDM 1.2, the AMD Catalyst™ graphics driver may now be smoothly transitioned from one component of the OS to another, which will reduce or eliminate monitor blanking in these scenarios.

A new mechanism called “DirectFlip” is designed to optimize power consumption for video playback and other full-screen scenarios. It accomplishes this by guaranteeing that alt+tab actions, or overlaid notifications, do not force the computer to perform an inefficient change of rendering modes.

Furthermore, DirectFlip provides optimized memory bandwidth requirements; intelligent management of idle and active power; and smooth transitions from full-screen applications to the desktop. Support for this feature has been enabled in AMD Catalyst™, and will be available on AMD Radeon™ graphics products that support WDDM 1.2.

AMD Catalyst SoftwareA major component of the graphics experience in a Radeon GPU is a display driver compatible with all of the new and exciting features offered by Windows 8.

A revolutionary new architecture. Jump right into GPGPU applications today with Microsoft C++ AMP™ and OpenCL™ for spectacular performance with the GCN architecture. From video editors to Internet browsers, AMD App Acceleration™ is a supercharger for everyday applications. The Club 3D Radeon™ HD 7990 Dual GPU was engineered for the revolution in GPU compute. 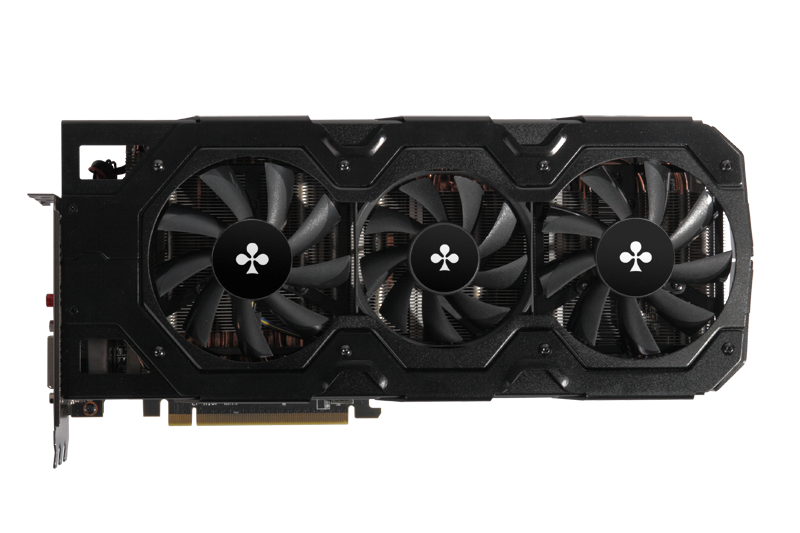 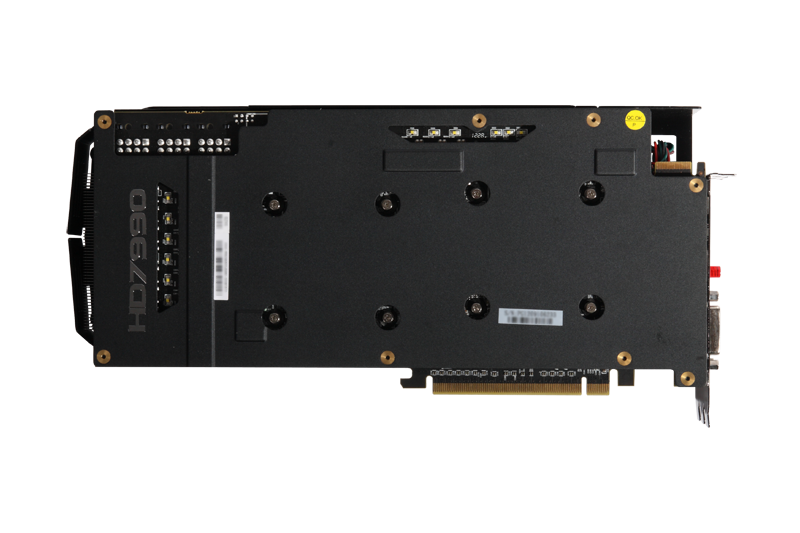 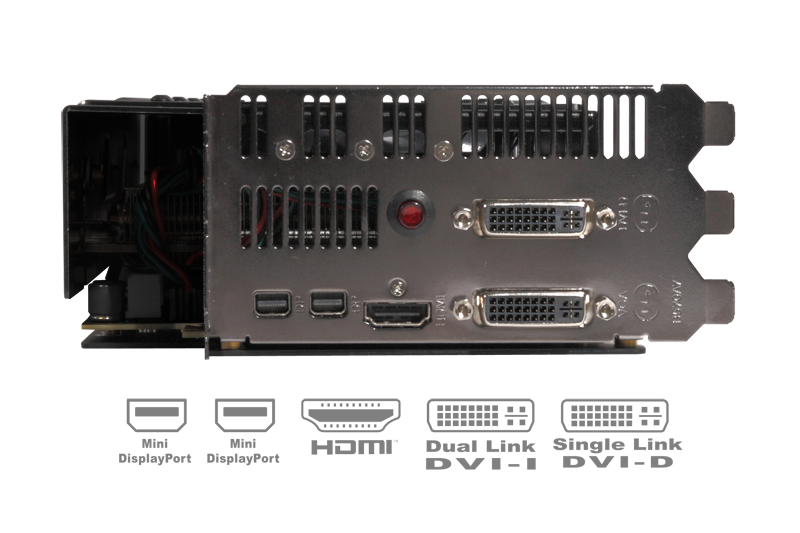 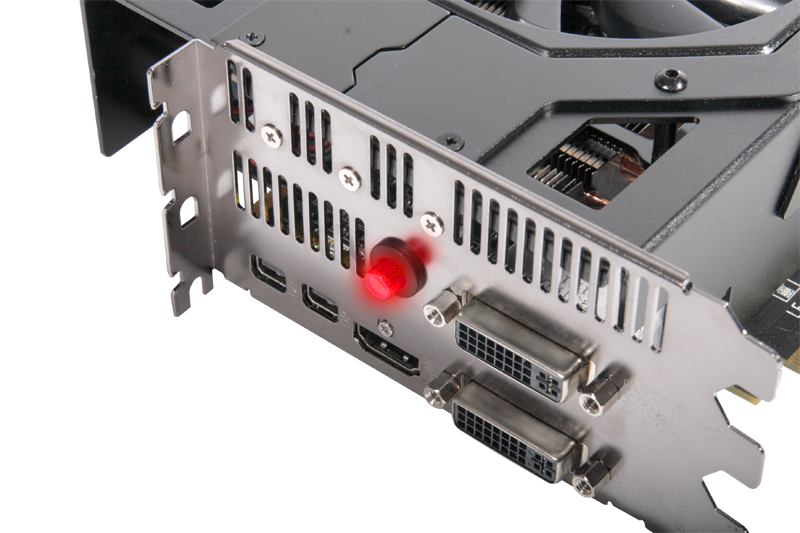 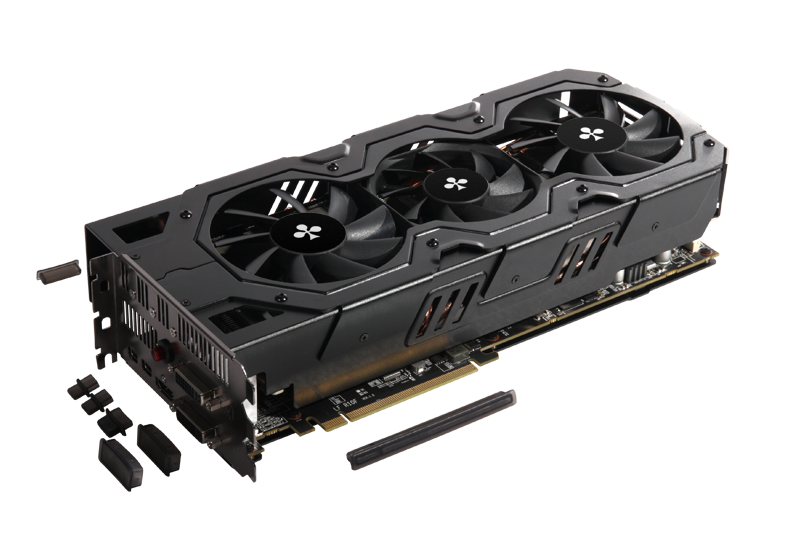 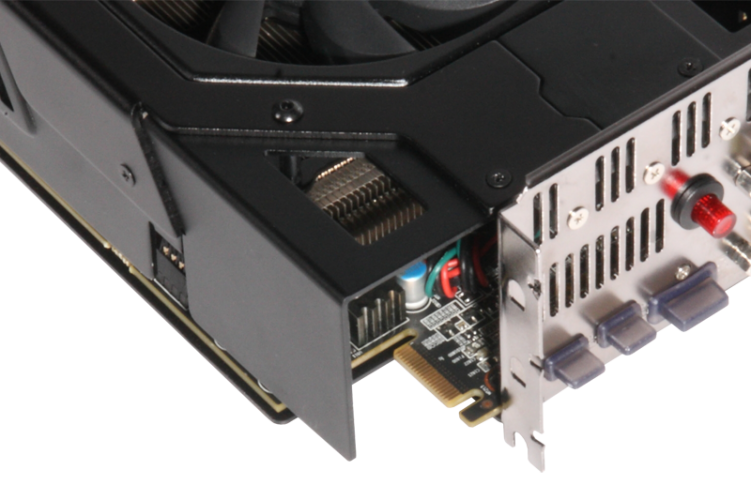 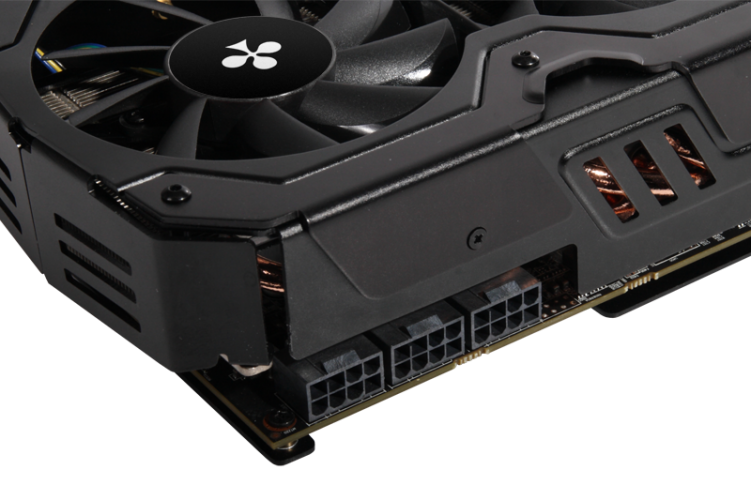