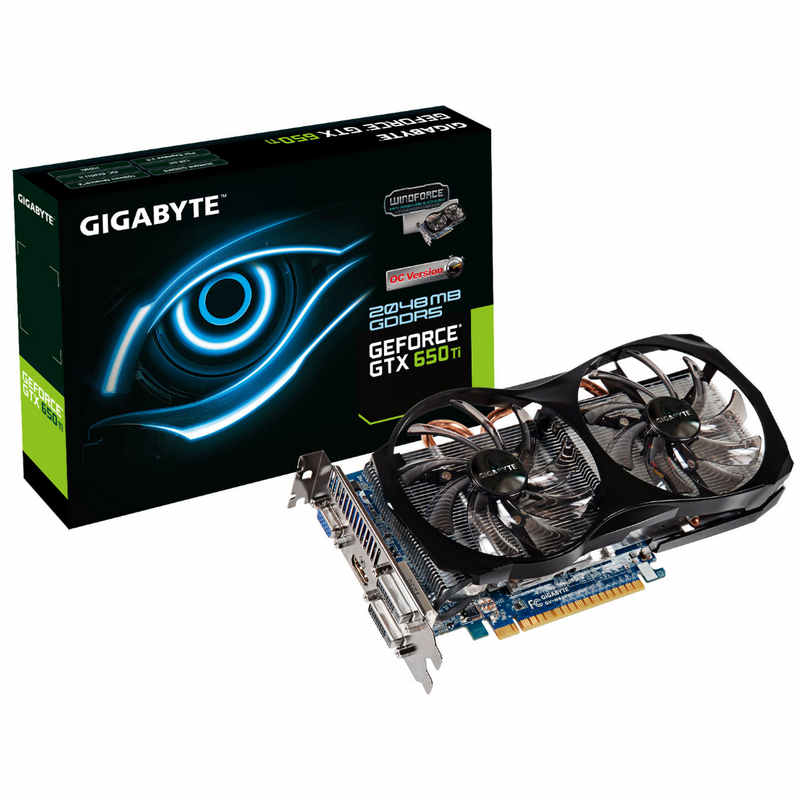 It seems that the GTX 650 Ti will receive a WindForce2X cooler from GTX 660. Card is packed with 2GB of memory and it’s PCB is far from reference design.

The Gigabyte’s GTX 650 Ti OC is clocked 100 MHz more than reference cards. This model has 1032 MHz GPU clock and 5400 MHz effective memory speed. What’s also interesting is that it is equipped with 2GB of GDDR5 memory.

This new addition to mid-range segment is featuring a non-reference PCB and cooling solution. The WindForce2X system has two large fans, which sit on the top of large heatsink. This covers the PCB with lacks the SLI connector.  This model has also different display connectors, it has one additional DVI output, making it two in total. There’s also a HDMI and VGA connector.