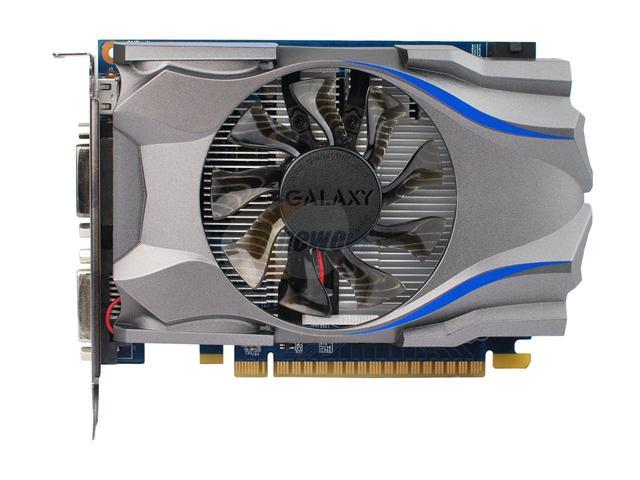 It appears that upcoming launch of GeForce GTX 650 Ti is faster than we’ve fought. Even the largest online reseller has already added such model from Galaxy.

There is no copy of the listing, however few people managed to copy the data. There’s a lot confusion, because the listing said that the GTX 650 Ti from Galaxy would feature 768 CUDA cores, even the GPU clock is different from what we have already knew.

Galaxy GeForce GTX 650 Ti GC 1GB (65IGH8DL7AXX) looks identical to GTX 650 GC. The listing said that the card would have 768 CUDA cores and feature 966 MHz GPU clock. Only the memory type and interface is the same as previous rumors suggested. The card has 1GB of GDDR5 memory operating on 128-bit interface.

It looks like the card would require only one 6-pin power connector and would not support SLI technology. I’m not sure why did the listing say about different number of CUDA cores, but it’s highly unlikely that there are two versions with different cores count. So this might be only a mistake, or previous rumors were wrong.

This model was listed for $149, however it’s a non-reference model so the price might be little higher than MSRP of reference model.

Many thanks to Erenhardt for a tip.