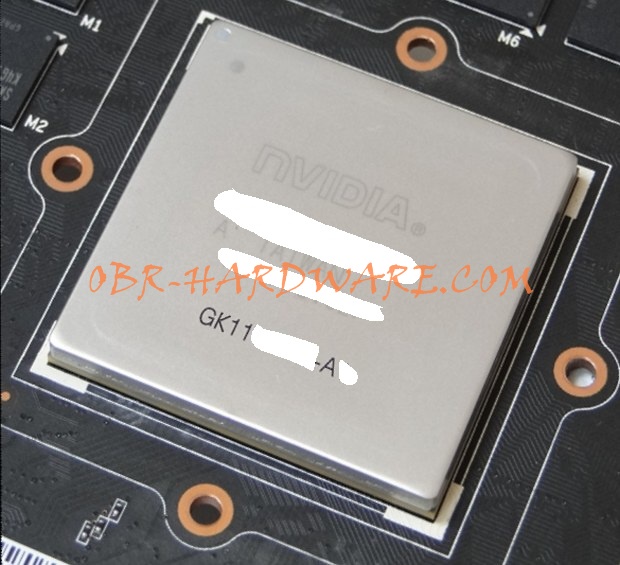 OBR-Hardware posted today quite an interesting information. According to the site, the upcoming flagship model of GeForce 700 Series will not be powered by GK110 GPU.

Well known and anticipated GK110, which will be installed on professional Tesla K20 graphics cards, will likely not be powering the GeForce GTX 780 (purportedly the fastest single-GPU card from GeForce 700 Series).

From what I have heard, the GPU that will be mounted on GeForce GTX 780 will not feature 2880 CUDA cores, but something between 2048-2304. I’m not sure what is this picture showing, but it looks like some iteration of GK110 GPU, maybe GK114? Well, let’s keep this post as short as possible, because everything else is a mystery for now.

By the way, I just bought the forums script. If you have some ideas how to configure the categories (hierarchy), write a comment below or email me.