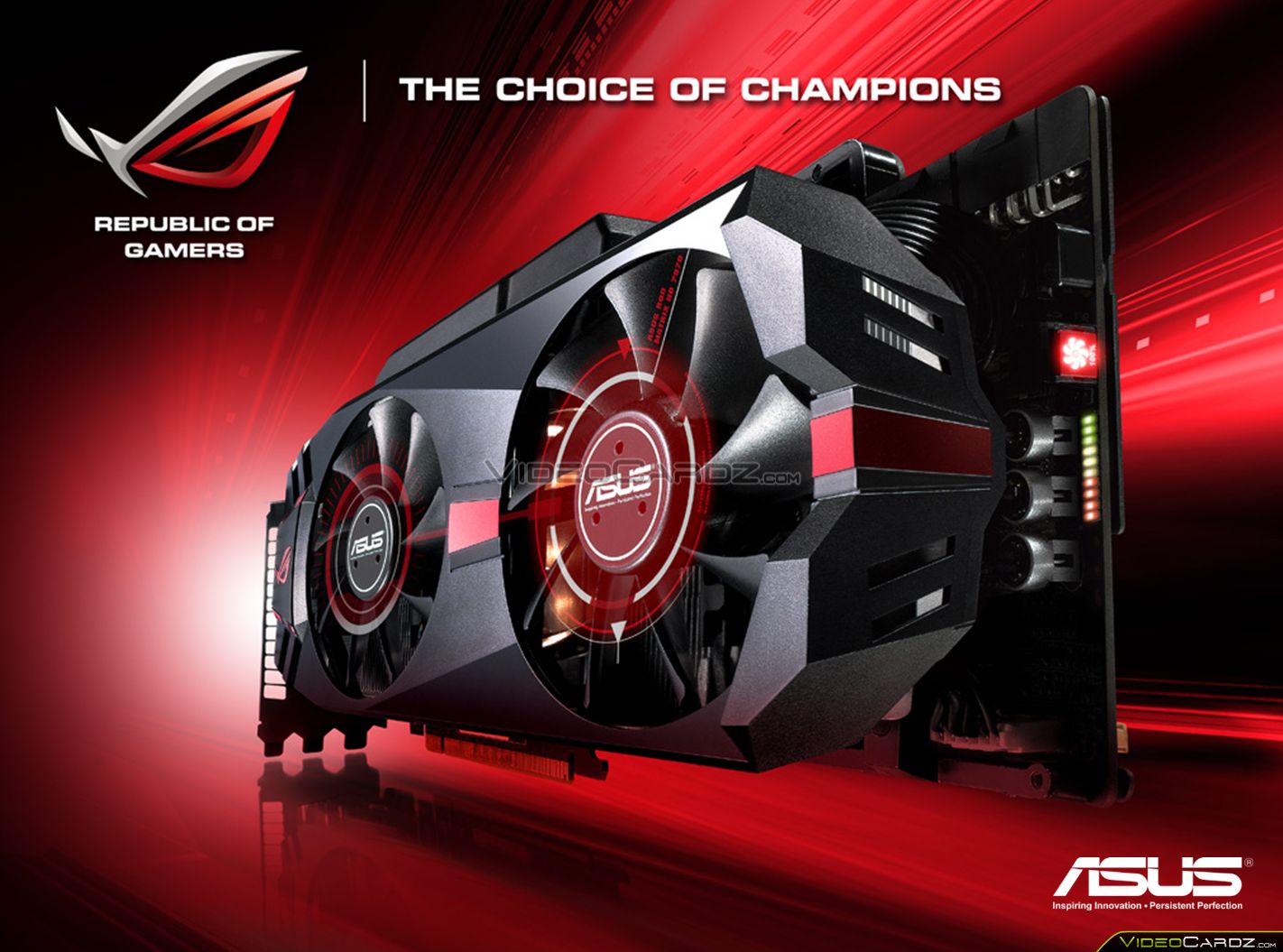 You’ve probably heard a lot about this card. Earlier OCAHOLIC unveiled some pictures of this quite mysterious model What we know are the specs and the features, but there wasn’t much of the news regarding its performance. So here you have it.

ASUS ROG Matrix HD 7970 Platinum is the flagship model based on Radeon HD 7970 with Tahiti XT2 GPU. What is means is basically that it arrives with two clocks, the base of 1050 MHz and 1110 MHz boost clock. The non-platinum version will be 50 MHz slower on both clocks. Moreover these card have highly clocked memory at 6.6 Ghz effective speed. ASUS is comparing its Platinum variant to to MSI’s Lightning HD 7970. These two cards will probably fight against each other in many benchmarks. What I can show you right now, are some marketing materials from ASUS, which claim that their card will definitely be interesting addition to the high-end graphic cards.

According to this data, ASUS ROG HD 7970 Platinum would be on average 17% faster in these benchmarks. Also this new model from ASUS would be much quieter and cooler card than MSI’s Lightning. That’s all I got from the benchmarks. You can find many interesting slides below, explaining all the features of this card. 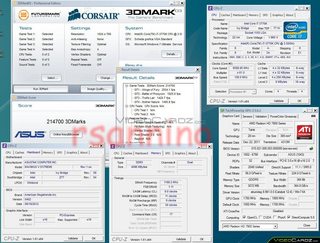 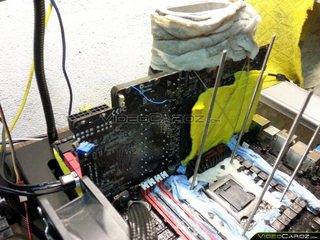 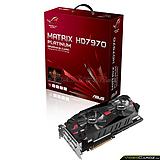 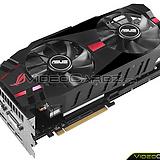 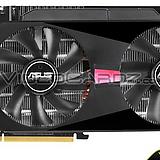 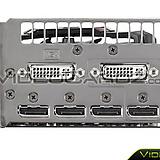 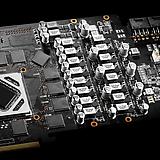 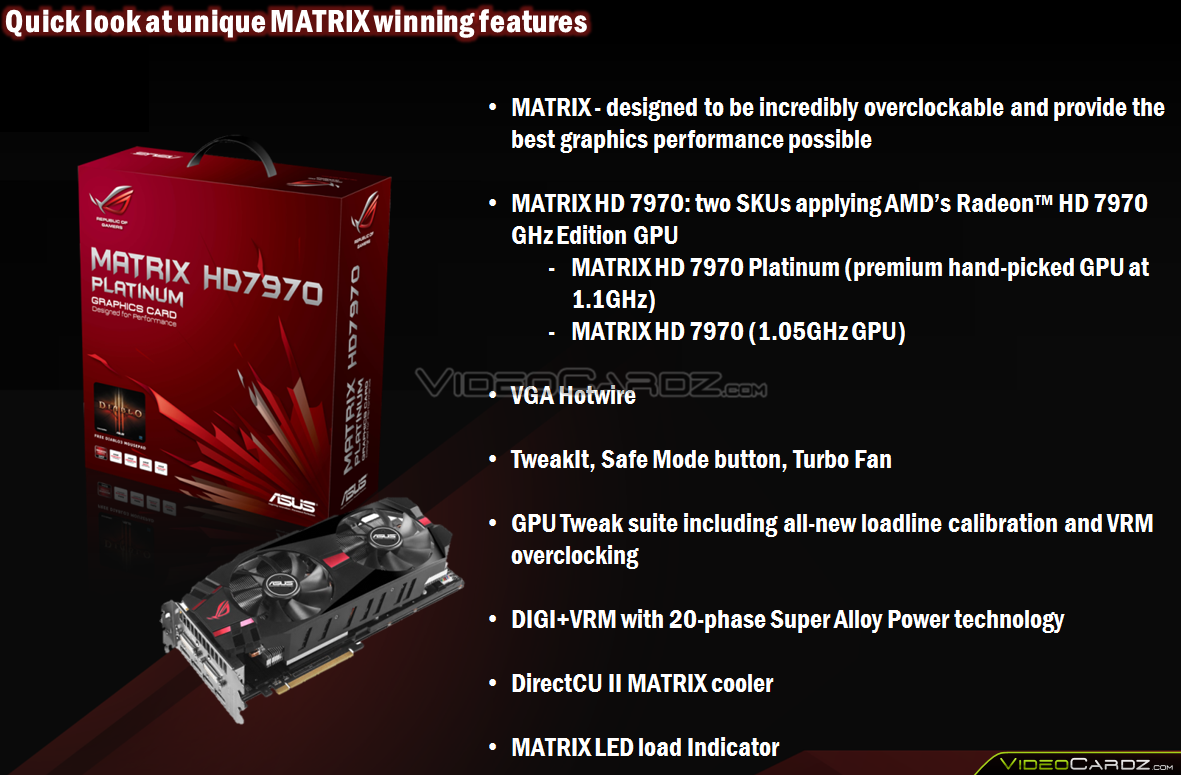 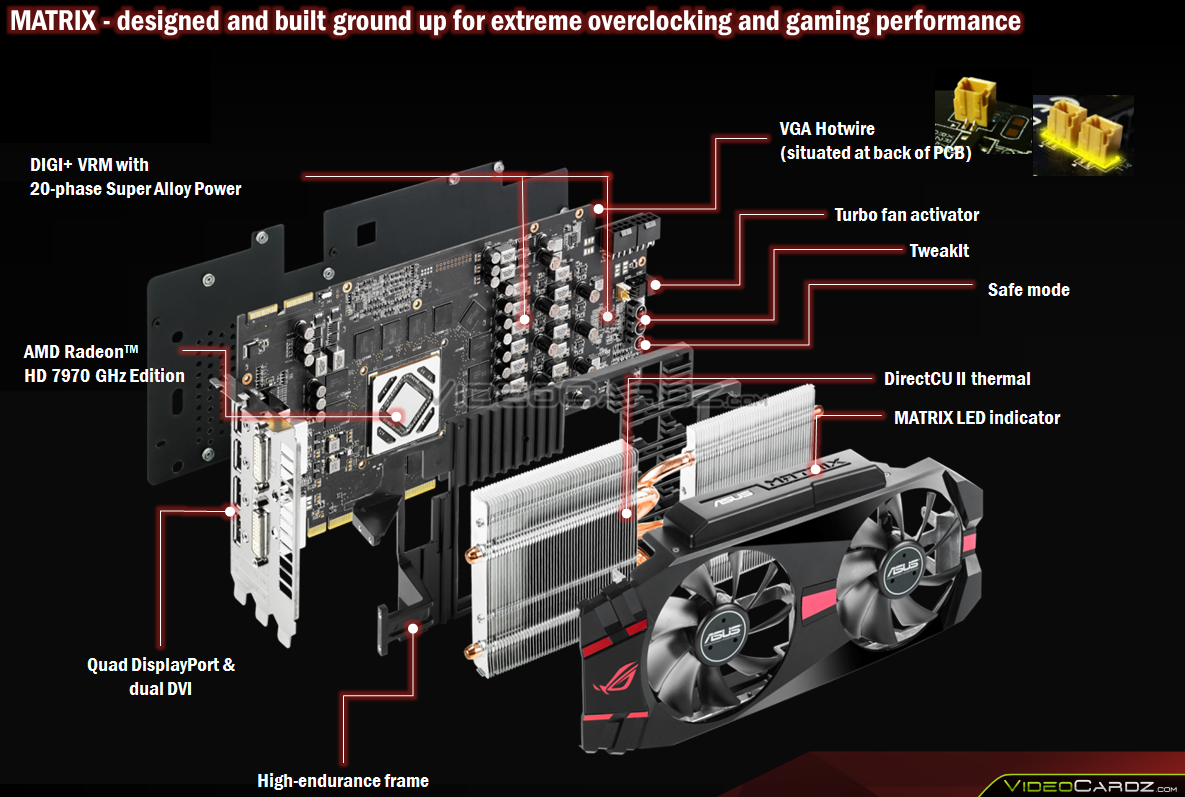 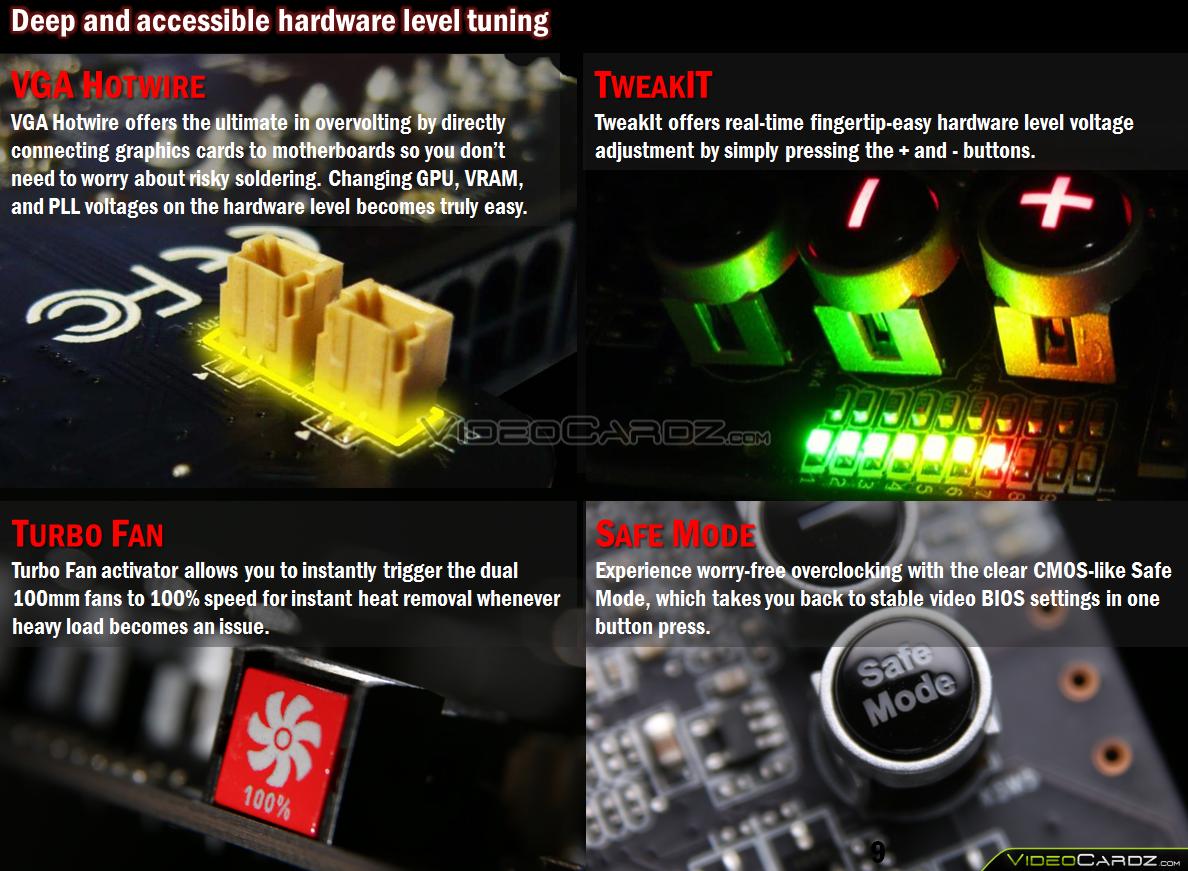 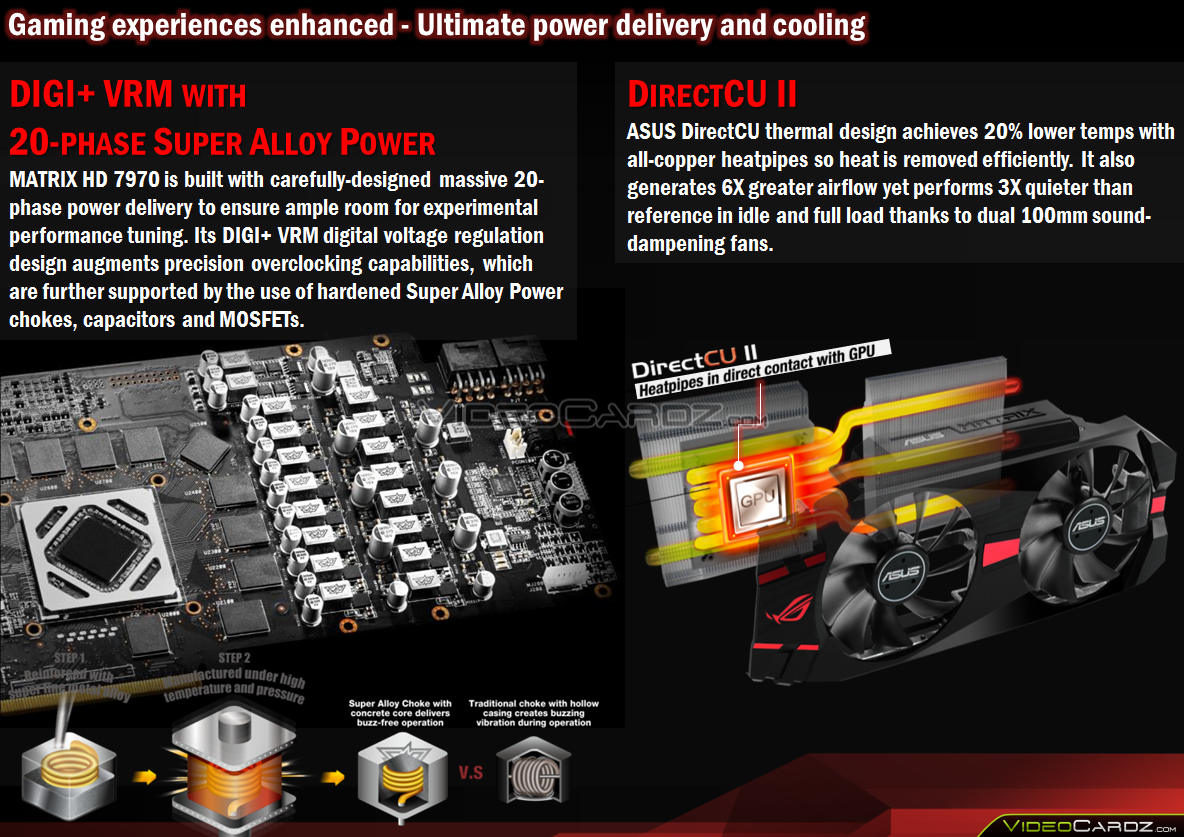 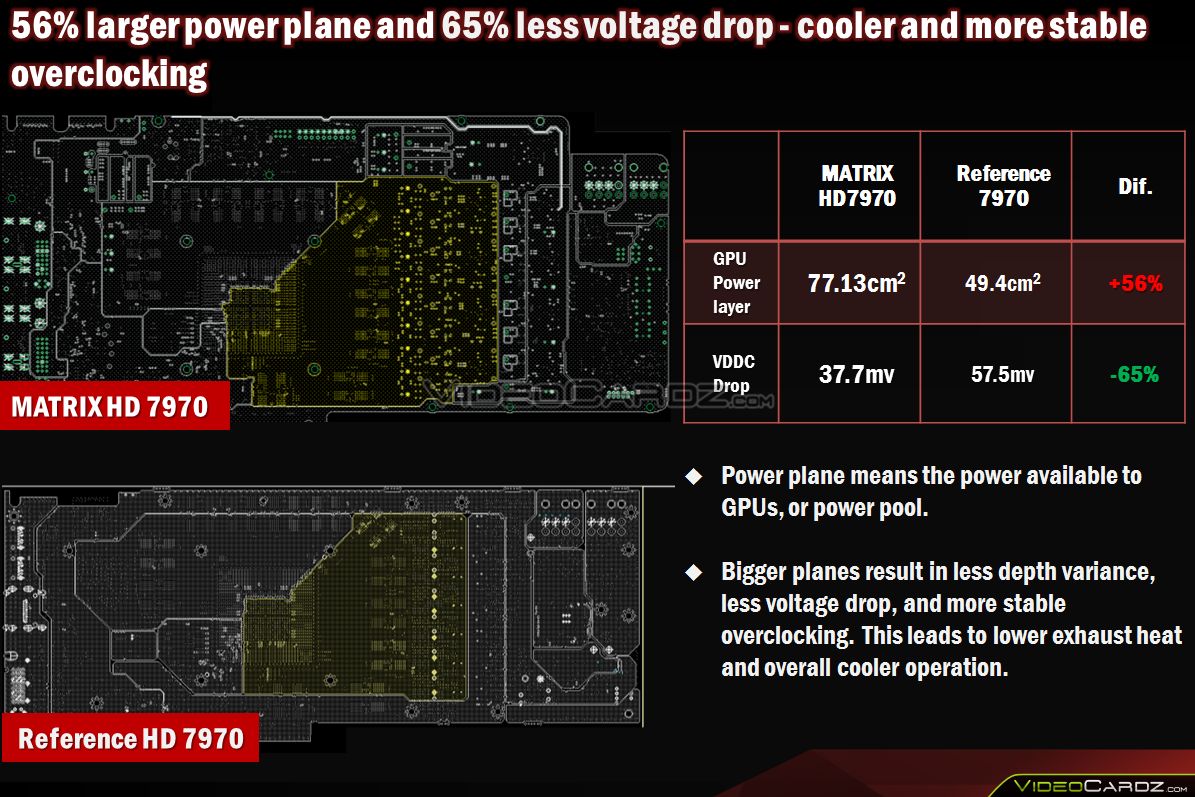 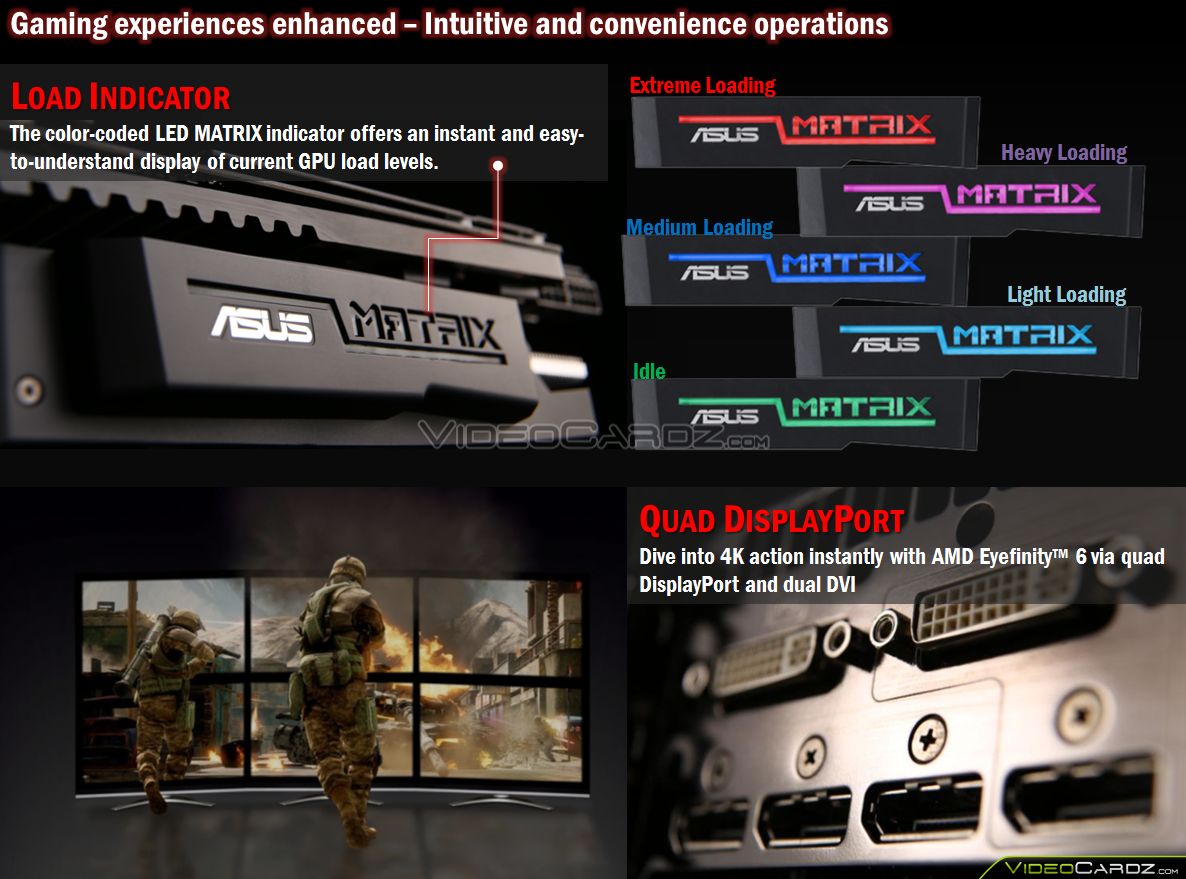